The L.A. Collective Comprised of Fenix Flexin, OhGeesy, Rob Vicious, and Master Kato Shares a 21-Track Pack of Function-Ready Slappers, Complete with an All-Star List of Guests from Cali and Beyond 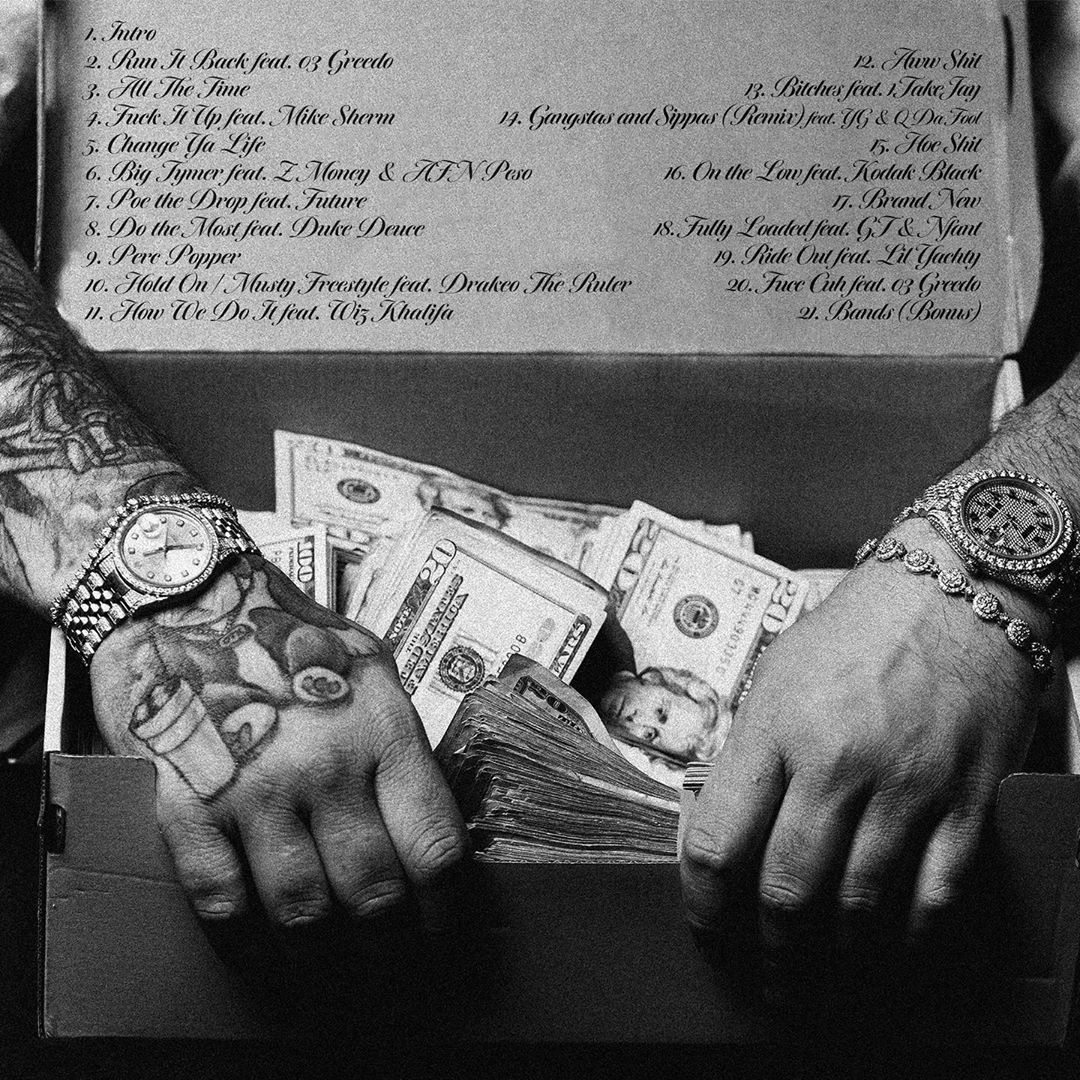 Organically building a large and loyal fanbase on the West Coast, Shoreline Mafia is the game’s most vital rap collective. Continuing a journey that started with 2018’s ShorelineDoThatSh*t, Shoreline Mafia releases, Mafia Bidness, their hard-hitting, highly-anticipated official debut album. The new album strikes a balance between styles, delivering the handclap-driven, Ron-Ron and AceTheFace-produced West Coast bangers for which they’re known, but also dipping into classic styles like G-Funk, New Jack Swing, and hyphy, and experimenting with regional sounds from Detroit, Memphis, and New Orleans.

Shoreline Mafia spent spring and the early part of summer releasing banger after banger, starting with “Gangstas & Sippas,” which eventually inspired a remix featuring YG. In recent months, the collective connected with Lil Yachty for the laid-back rider’s anthem “Ride Out,” and with Wiz Khalifa for the Montell Jordan-sampling “How We Do It.” The album also boasts the hard-hitting recent singles “Change Ya Life,” a bass-heavy West Coast rider’s anthem with over 2.7 million Spotify streams, and “Perc Popper,” a DJ Flipp-produced anthem with standout verses from Fenix Flexin and OhGeesy.

This spring, Rob Vicious shared his new mixtape Breakthrough, which featured production from Three 6 Mafia’s DJ Paul and a guest appearance from Fenix Flexin. Fenix is currently preparing to release his first solo project later this year. Last week, Shoreline Mafia earned another Platinum plaque from the RIAA, as “Musty” followed “Nun Major” and “Bands” as their third Platinum single.

In February, before the COVID pandemic, Shoreline performed their first festival-headlining set at Vancouver’s Lil Fest. Last night, the group performed an at-home set at the virtual Lollapalooza 2020 festival.

“How We Do It” ft. Wiz Khalifa: https://shoreline.lnk.to/HowWeDoIt