The Four-Man Crew Prepare Their Biggest Statement Yet, Welcoming An All-Star Guest List to Their Party-Positive West Coast World 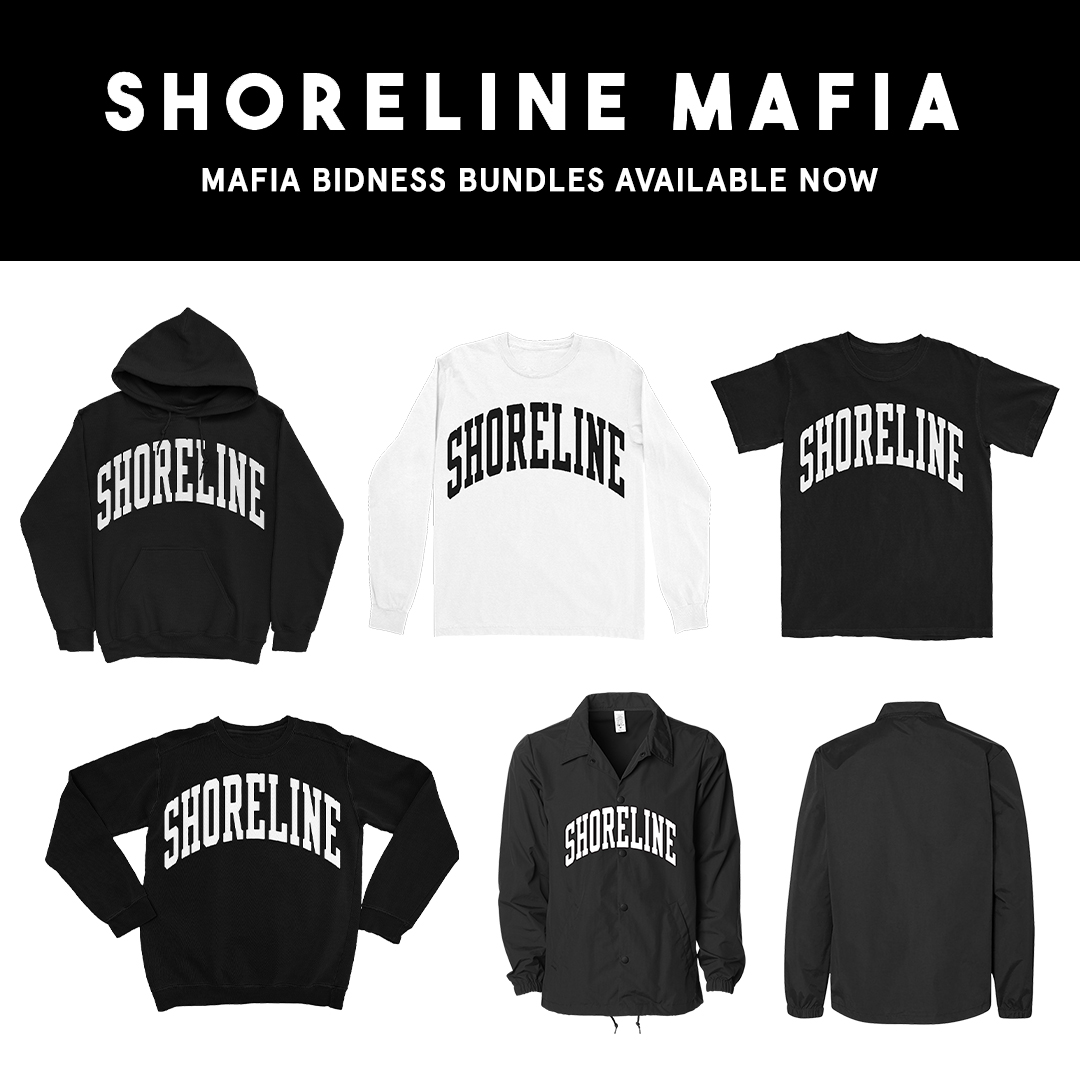 Along with the announcement of Mafia Bidness, Shoreline Mafia introduces a new line of merch, featuring two colors of crew necks, a hoodie, a t-shirt, and a button-down emblazoned with “Shoreline” in block letters. Fans can select an item of their choice, bundled with pre-order of the Mafia Bidness album.

To accompany the announcement of the project, Shoreline Mafia shares “Change Ya Life,” a glistening new single. Produced by Detroit native Helluva (Tee Grizzley’s “First Day Out,” Megan Thee Stallion’s “B.I.T.C.H.”), “Change Ya Life” combines fluttering synths with crisp handclaps and thunderous low-end, creating a compulsive head-nodder. The new song is a two-hander by OhGeesy and Fenix Flexin, as the two emcees brag about their new Benzes and infinite bottles of Dom Perignon. Though the mood is mostly celebratory, Fenix takes time to dwell on the paranoia that comes with newfound riches: “It get tricky when there’s n****s eatin’ out your pockets/It get tricky when these b*tches know you really got it.” “Change Ya Life” joins previous singles “Gangstas & Sippas” and “Ride Out” as instant gratis tracks, available with pre-order of the album.

Mafia Bidness is the culmination of a massive year for Shoreline Mafia. Last week, the crew connected with YG for “Gangstas & Sippas” (Remix), a new version of the Too $hort-sampling, Q Da Fool-featuring slapper. Earlier this year, Shoreline recruited Lil Yachty for the laid-back rider’s anthem “Ride Out.” Last month, Rob Vicious shared his new mixtape Breakthrough, which featured production from Three 6 Mafia’s DJ Paul and a guest appearance from Fenix Flexin. Fenix is currently preparing to release his first solo project later this year. In February, before the COVID pandemic, Shoreline performed their first festival-headlining set at Vancouver’s Lil Fest.

Stay tuned for much more information about Mafia Bidness in the coming weeks.

Pre-order Mafia Bidness and receive a merch item of your choice: https://www.hellawave.com/mafiabidness