Critical Praise:
“With each passing release, SG Tip is proving that he spent that time away from home honing his craft—he’s a talented rapper with a good ear for production and curation. Block Boy Tip could be a breakout moment for a young artist who has hit the ground running.” – Pigeons & Planes

With a quiet charisma and the same knife forehead tattoo as his mentor 21 Savage, SG Tip cuts a compelling figure in the ATL scene. Rocking a jean jacket and a pair of glasses that bely his aggressive lyrics, SG Tip shows off his understated flex in “Mink Coat,” his latest video. Produced by DJ Marc B, 21 Savage’s official tour DJ, “Mink Coat” is a low-key banger, with Tip counting his valuables and lashing out at haters and fakes: “I’m known for carjacking/You’re known for talking like a hoe.” Premiered over the weekend by WorldStarHipHop to the tune of over 76k views, “Mink Coat” is the first video from Block Boy Tip, Tip’s sophomore mixtape. Brimming with headphone-ready trap production from Richie Souf, Trellgotwings, Tre Trax, J Rich, and more, Block Boy Tip is a catchy chronicle of Tip’s lightning quick come-up.

An affiliate of 21 Savage’s Slaughter Gang since age 11, SG Tip’s career hit a speed bump when legal problems landed him in juvenile hall for his last years of high school. Now 18, Tip is on the fast track to stardom, touring with 21 within months of exiting juvie, working with superstar producers like Metro Boomin and Pi’erre Bourne, releasing his surprise hit mixtape N*gga With Ambition (NWA) in 2017, and earning over 1 million plays on his video “No Brain.” Earlier this month, SG Tip shared “Push Up,” an addictive single with appearances from fellow rising stars Yung Bans  and Smokepurpp. “With each passing release, SG Tip is proving that he spent that time away from home honing his craft,” praised Pigeons & Planes in their “Push Up” premiere, “he’s a talented rapper with a good ear for production and curation. Block Boy Tip could be a breakout moment for a young artist who has hit the ground running.” 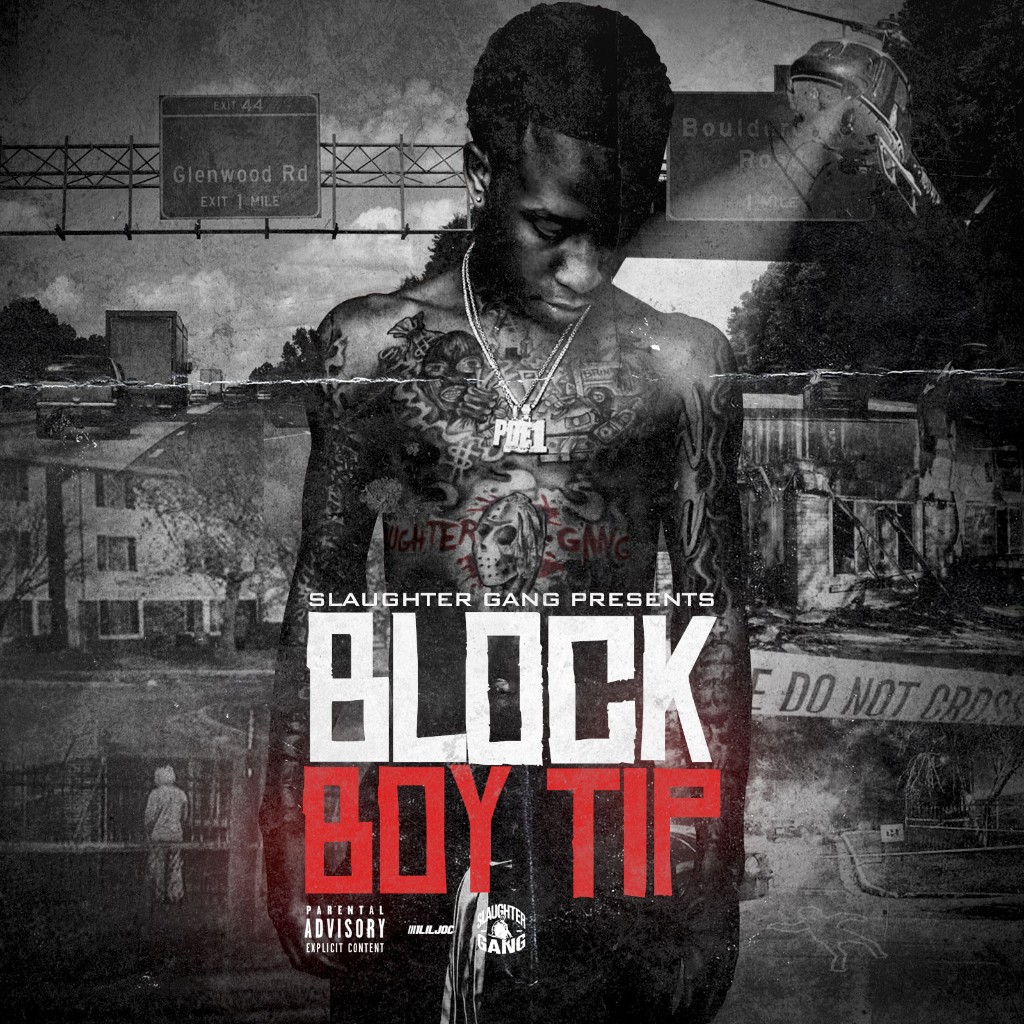 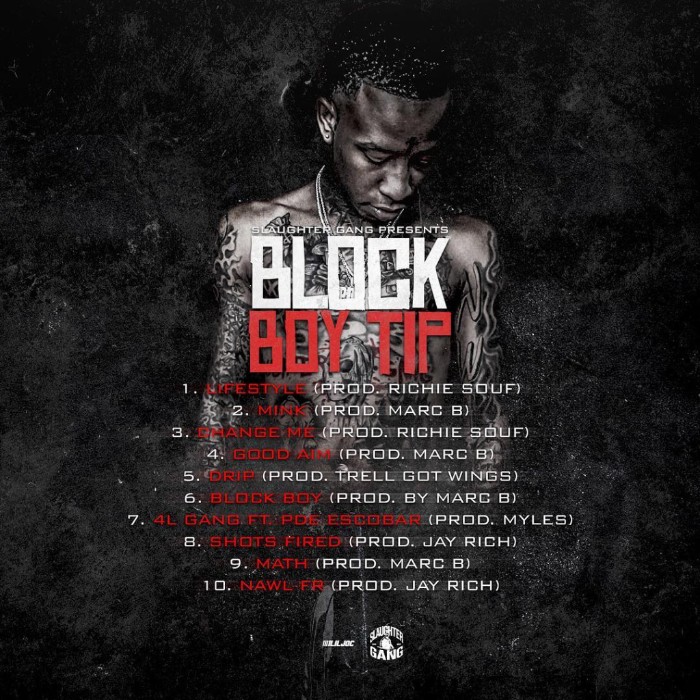