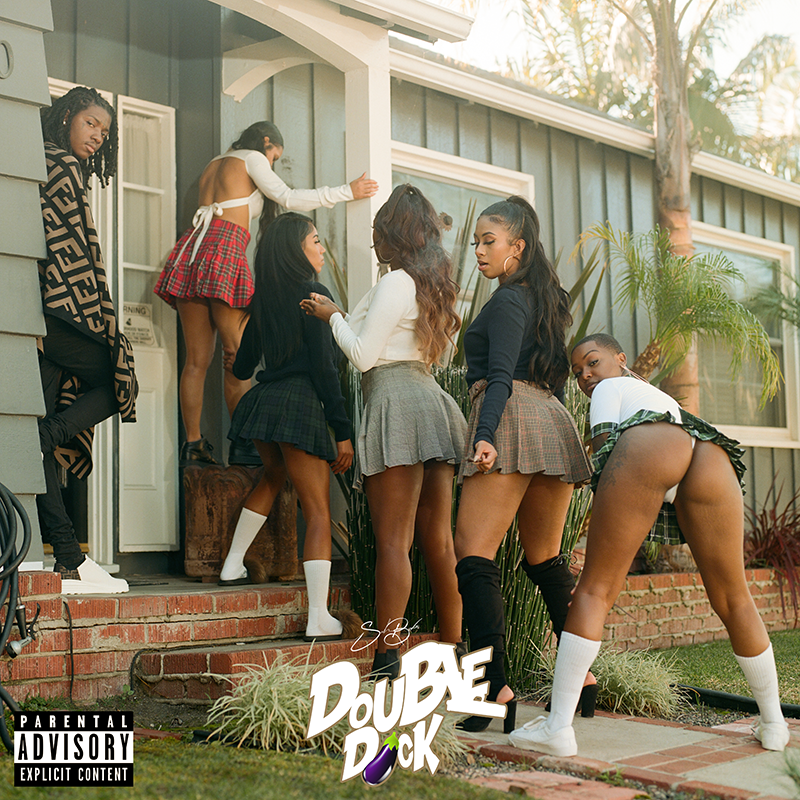 “In the world of SahBabii’s Squidtastic, the Atlanta rapper’s vivid imagery sounds like it belongs in a Miyazaki film, his weapon of choice is a ninja star, and all animals are to be cherished. It’s ridiculous and there is no place I would rather find myself lost in.” – Pitchfork

“SahBabii’s ‘Pull Up Wit Ah Stick,’ one of the best hip-hop songs of the past year, is a study in contrasts, full of tough talk delivered in a sweet, lithe, almost naïve voice. – The New York Times

“SahBabii…clearly possesses a giddy gift for integrating that influence into his own bright-eyed, delicately constructed singles” – Rolling Stone

“With his debut mixtape SANDAS, (SahBabii) created a bright and fun-as-hell sexcapade soundscape of a universe you can float through.” – The FADER

Specializing in a heady, insular, but still hard-hitting blend of trap music, SahBabii is one of the most unique figures on the ATL scene. Returning to the scene with his signature style, SahBabii shares “Double Dick,” a new party anthem for introverts. Swimming through an atmospheric instrumental with his gentle auto-tune, “Double Dick” finds SahBabii perfecting the art of low-key flexing. In his half-whispered triplet flow, SahBabii rattles off a series of boasts about his woman (“my b*tch is bad, Imma give her detention”), his twin glocks, and more. In the video, SahBabii channels Mr. Rogers in his cardigan and Fendi poncho, welcoming us into his trippy neighborhood, full of twerking strippers, stampeding rhinos, steam engines, and too-slow police officers. “Double Dick” is the first taste of Barnacles, SahBabii’s upcoming project.

Says SahBabii, “I have the most supportive fans ever and I’m excited to release new music to the world.”

The man behind “Pull Up Wit Ah Stick,” praised by Drake, T-Pain, and others as one of the signature Atlanta hits of the past decade, SahBabii has grown into one of his city’s most respected artists. In 2018, SahBabii shared his Squidtastic mixtape, which racked up over 37 million streams on Spotify alone and earned acclaim from Pitchfork and others. With candy-coated production courtesy of his brother T3, among others, Squidtastic is a collection of distinct sonic worlds, bouncing from the liquid metal churn of “Behind Da Scenes,” to Latin guitars on “Army,” to laid-back Neosoul on “Sunny Days.” Last year, SahBabii sated his fans with his 3P EP, which subtly pushed his sound forward, adding organic instrumentation on “Squidiculous” and cloudy atmosphere on “Green, Eggs, & Ham.“

erseverance and a distinctive way with light melodies pushed SahBabii out of the Atlanta rap underground. Born Saaheem Valdery, SahBabii was raised in Chicago until the age of 13, when his family moved south. Inspired by the activity in his new environment, SahBabii made tentative steps with a couple mixtapes, Pimpin Ain’t Easy and Glocks & Thots, released during his early teen years. Tepid reception left SahBabii dispirited, but after an extended break from recording, the rapper returned at the tail-end of 2016 with S.A.N.D.A.S., his third mixtape, with production from his brother T3. The tape’s “Pull Up with Ah Stick,” featuring Loso Loaded, exemplified SahBabii‘s refined synthesis of gunplay threats and candy-coated hooks. The track was licensed to major-label Warner Bros. and released commercially the following April. In 2018, he issued the singles “Outstanding” with 21 Savage and “Watery.” His highly anticipated follow up mixtape, Squidtastic, released at the end of Summer 2018.