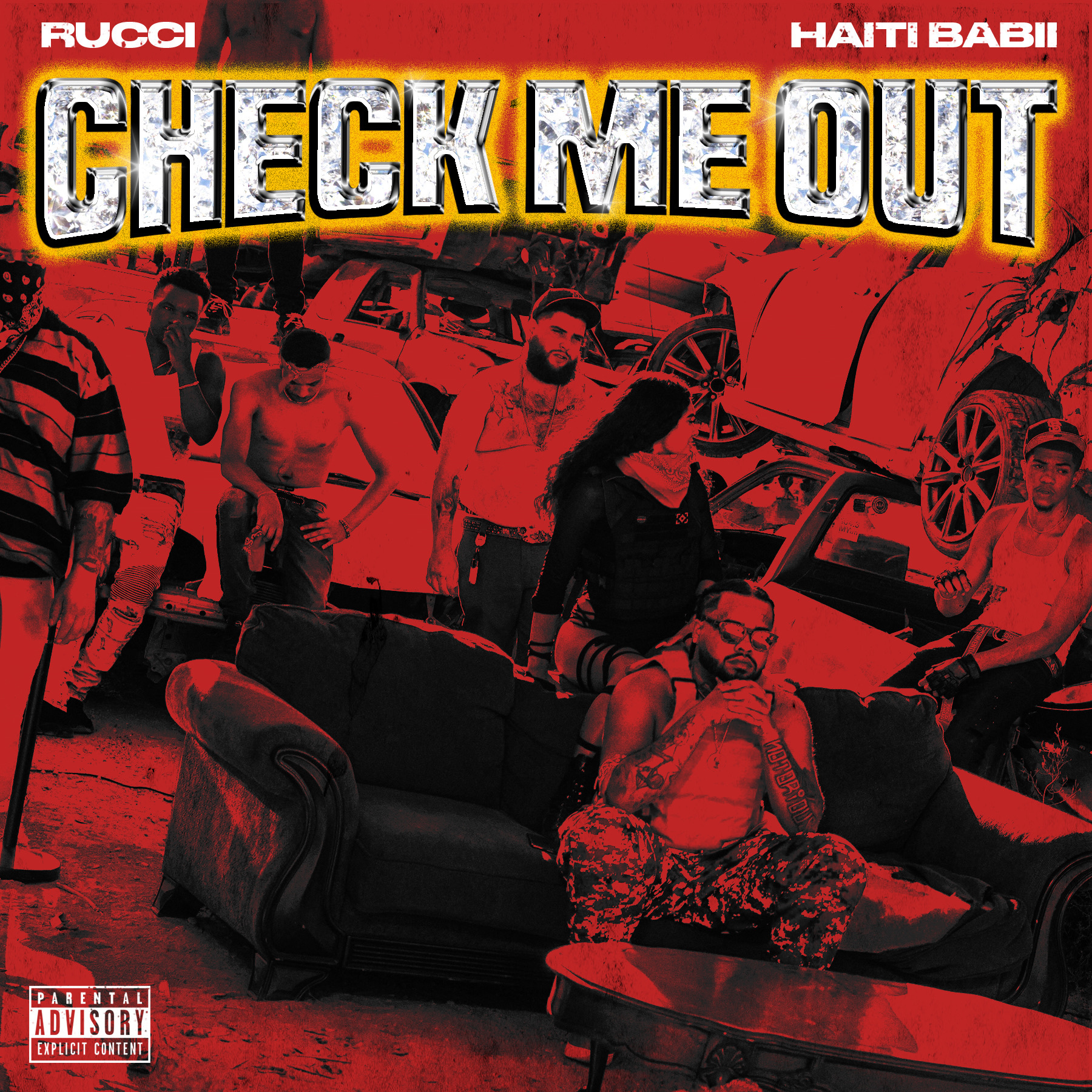 With a ferocious flow and a penchant for overcoming adversity, Inglewood’s Rucci is one of the freshest rising rappers on the West Coast. Coming through with his latest disrespectful banger, Rucci shares “Check Me Out,” a demonstration of his smack-talking prowess. Breathlessly growling in a fast-paced flow, Rucci methodically lays out why he’s “the hottest thing smokin'”: “I be floatin’, can’t lose focus/I’m the sh*t and I know it.” The song benefits from a wild-eyed guest verse from Stockton, CA rapper Haiti Babii, who brings an extra dose of energy.

In the video, premiered by Lyrical Lemonade, Rucci dons a bright red bulletproof vest and heads to the junkyard with Haiti Babii and some homies–including fellow Mackk & Co. rapper White John. Arming themselves with makeshift weapons, the formidable crew prepares for war, ready to knock down anyone who’d dare challenge them. “Check Me Out” is the first single from Rucci’s next album, the follow-up to Tako’s Son, Rucci’s acclaimed debut.

Channeling personal tragedy into musical triumph, Tako’s Son is the best showcase yet of Rucci’s skill for mixing snapping instrumentals, breakneck bars, and heartfelt lyricism. Inspired by Rucci’s street-level observations and influenced by his late rap partner Sean Mackk, the album is ultimately a celebration of family, teeming with lessons Rucci learned from his father, mother, aunts, and uncles, and also from his adopted family in the Inglewood streets. The project took its name from Rucci’s father, Tako, an established Inglewood figure, who was deported to his native El Salvador, and Rucci told the full story of his background and his relationship with his dad in the ABOVE ALL-produced documentary  “Tako’s Son.” Featuring the L.A. hit singles “Function In The Hood” ft. AzChike and “Get The Strap” ft. Shoreline Mafia (5 million streams on Spotify), Tako’s Son was named one of 2019’s “10 Best Rap Albums That Raised The Bar” by NPR.

Coming this fall, Rucci’s follow-up to Tako’s Son builds on the themes of the previous project, while showcasing Rucci’s ever-improving emcee and songwriting skills. Stay tuned for the upcoming project, releasing via EMPIRE.