Mixing heartfelt emotion with disrespectful flexes, Inglewood’s Rucci is the total package. Treating his fans to an expanded version of his latest album, Rucci shares Midget (Deluxe). Adding 9 new songs to the original 15 tracks, Midget (Deluxe) encapsulates the full breadth of Rucci’s talent for ratchet punchlines and deeply felt bars about his family history. The deluxe edition is home to new highlights including the Ron-RonTheProducer-helmed “Where I’m From,” in which Rucci trades bars with OhGeesy of Shoreline Mafia and BandGang Lonnie Bands over gentle acoustic guitars, the Public Enemy/Jay-Z-interpolating “Hotel,” the lush and plaintive “Do I Ever,” and “Watch Me,” another confrontational collaboration with Rucci’s frequent sparring partner AzChike. With production from Ron-Ron, Cypress Moreno, JR, and others, and additional guest spots from AzSwaye, Lil Deuce, Mister, and Pjay, Midget (Deluxe) is available everywhere via Mackk&Co/EMPIRE.

The follow-up to 2019’s acclaimed Tako’s Son, Midget finds Rucci maturing as an artist, while still treating his fans to the delirious punchlines they’ve come to expect. Though he’s still one of the best at the game at delivering neo-West Coast slappers–including “Bad Boys” featuring his frequent collaborator AzChike–Midget shines when Rucci gets in touch with his feelings, saluting a ride-or-die bae with the Zapp & Roger-sampling “Killa,“ lamenting a lost friendship in the touching and melodic “Understand,“ and silencing his doubters with help from Mozzy in “Believe In Me.” The album boasts recent singles like the alpha dog anthem“Check Me Out” ft. Haiti Babii, and the hard-hitting cross-Cali collab “Okay Doeee” ft. ALLBLACK, and features additional appearances from Shordie Shordie, White John, and Blxst. Earlier this week, Rucci shared the life-spanning visual for album opening track “Complicated.“ 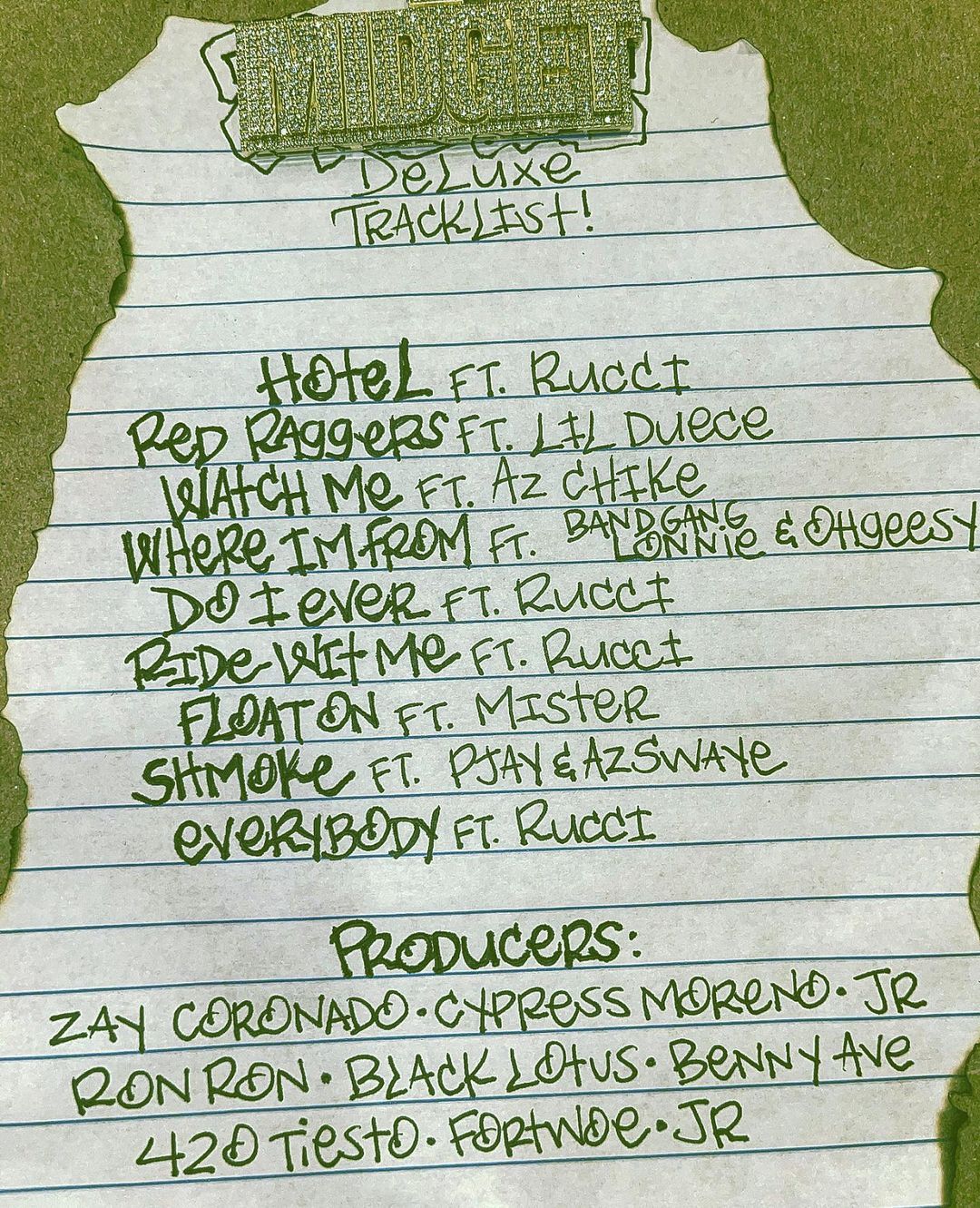