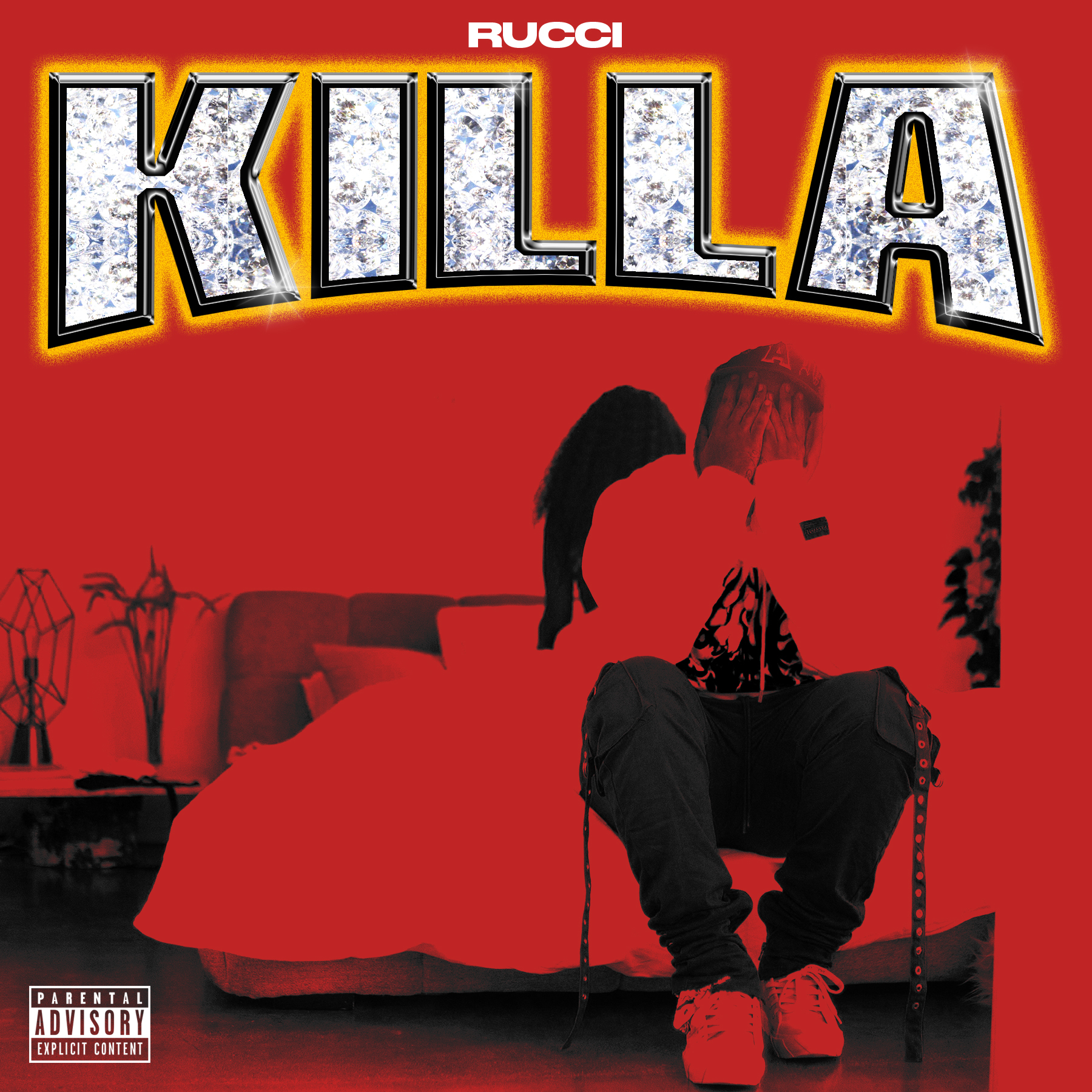 Delivering his rhymes in an energetic snarl, Inglewood’s Rucci has the mic presence to make every track come alive. Channeling his city’s electro-funk past, Rucci shares “Killa,” a new ride-or-die love song. Sampling Zapp‘s 1985 classic “Computer Love,” famously sampled in 2Pac’s “I Get Around” and others, “Killa” finds Rucci declaring devotion to his latest girlfriend–someone he can finally trust after years of heartbreak: “You’re a real one, I feel you and I cherish you/I’ll never make you look dumb I won’t embarrass you/Anything that you need you know I’m there for you/Like you were there for me/I wanna take you everywhere with me.”

The video calls to mind a different throwback era: 2000s R&B videos. Rucci’s ride or die girl has moved on, and he’s heartbroken in the rain (à la Usher in “U Got It Bad“), but there is the modern symbolism of her new man wearing a black-hearted Comme Des Garçons shirt, while Rucci The Romantic is clad in a red-hearted version of the same tee. “Killa” is Rucci’s second standout single of the month, following the Lyrical Lemonade-premiered “Check Me Out,” an alpha dog anthem with an appearance from Haiti Babii (150k YouTube views).

Both “Killa” and “Check Me Out” are singles from Rucci’s forthcoming sequel to Tako’s Son, his acclaimed debut album. Coming this fall, Rucci’s next album builds on the themes of the previous project, while showcasing Rucci’s ever-improving emcee and songwriting skills.

Channeling personal tragedy into musical triumph, Tako’s Son is the best showcase yet of Rucci’s skill for mixing snapping instrumentals, breakneck bars, and heartfelt lyricism. Inspired by Rucci’s street-level observations and influenced by his late rap partner Sean Mackk, the album is ultimately a celebration of family, teeming with lessons Rucci learned from his father, mother, aunts, and uncles, and also from his adopted family in the Inglewood streets. The project took its name from Rucci’s father, Tako, an established Inglewood figure, who was deported to his native El Salvador, and Rucci told the full story of his background and his relationship with his dad in an ABOVE ALL-produced documentary. Featuring the L.A. hit singles “Function In The Hood” ft. AzChike and “Get The Strap” ft. Shoreline Mafia (5 million streams on Spotify), Tako’s Son was named one of 2019’s “10 Best Rap Albums That Raised The Bar” by NPR.

Stay tuned for the upcoming project, releasing via EMPIRE.

Rucci is a 2y-year-old rapper with a deep and decorated bloodline in the streets of Inglewood’s Northside. His father, known as “Tako,” is tied to three generations of Neighbor Hood Piru (NHP) set. “He’s a living legend where we’re from, ‘cause he was the only Hispanic person from a Black gang at that time,” explains Rucci, who is Salvadoran and Black. Raised by his father, who is now deported, and an uncle who is currently serving life in prison, the artist born Juan Martinez has been groomed for navigating the streets. However, in a critically-acclaimed, rising music career, Rucci is using wisdom and charisma to change the narrative on his life and his city. “Everything bad that I had to go through is because of my dad,” he notes. Rucci’s EMPIRE debut Tako’s Son sees the rapper turning the difficult cards he’s been dealt into a winning hand.