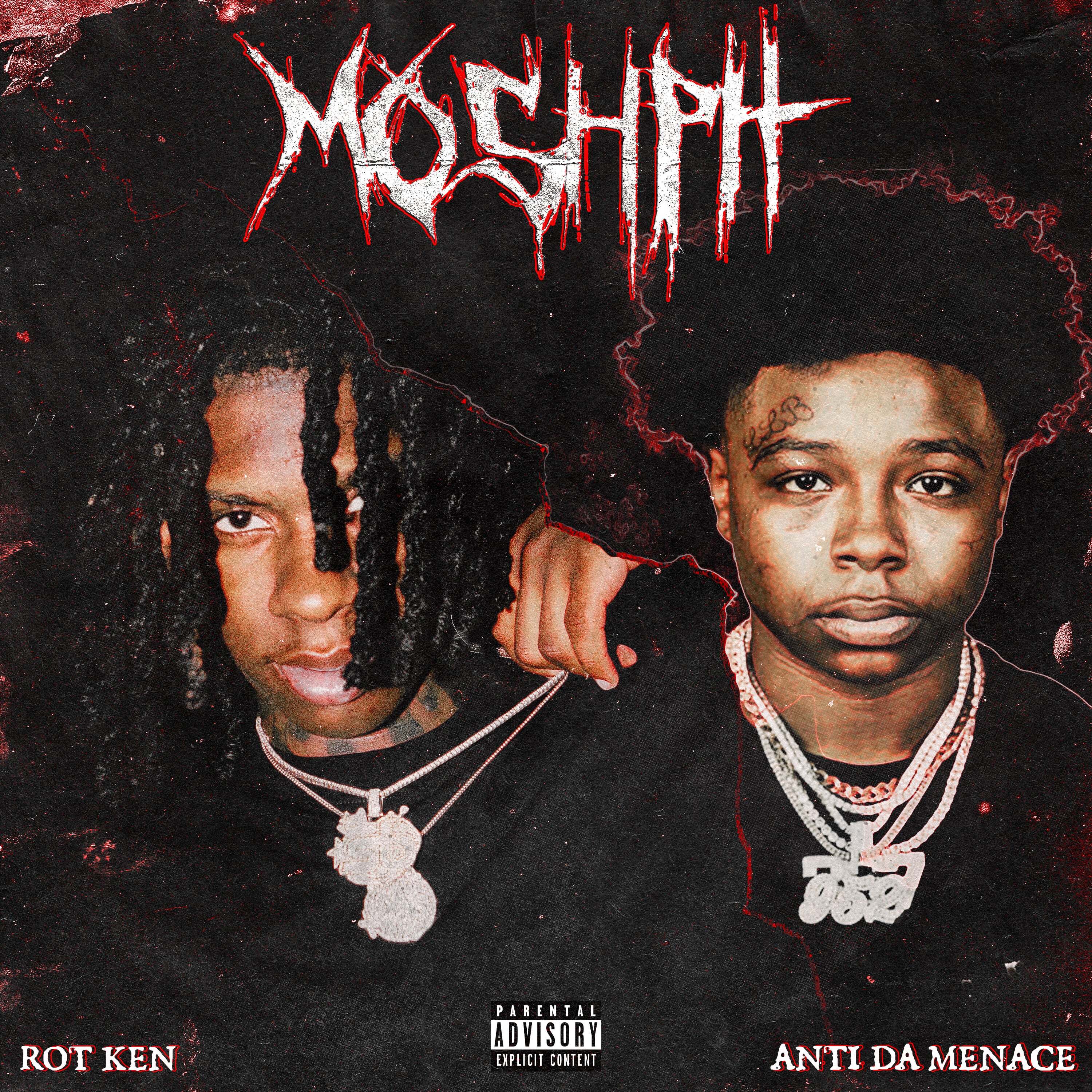 When Rot Ken steps behind the mic, there’s no telling what direction he’ll strike from. Throw fellow Georgia native Anti Da Menace into the mix, and you’re just a crowd away from a “Moshpit.” Produced by JetsonMade and Xjay, Ken’s latest single captures the fresh energy and raw appeal of the new wave of Atlanta, in all its raged out digital glory.

With sinister piano licks setting the tone, “Moshpit” leans into each artist’s strengths. Anti haunts the mic with menacing vocals that cut through each bar like the bladed glove of Freddie Kruger, while Ken flaunts his superhuman instinct for locking onto instrumental pockets to attack like Jason Vorhees: “I don’t like n****s/Chopper gon’ fight with ‘em/Ballin’ like Mike Williams/Callin’, I can’t vibe with her.”

Shot by Wolf and edited by Natey, the video for “Moshpit” re-asserts those horror villain qualities, as the two mob up outside an abandoned house, eager for any sucker foolish enough to come knocking. At the height of each of their verses, the camera zooms to show the flaming skulls veiled by their visage like Ghost Rider, showing that neither will hesitate to pull up and exact their ill will.

Though Ken has been away for much of 2022, his presence was still heavily felt. In May, the Internet Money/BoyMeetSpace artist shared Free Me, a 17-track project that showed his range, and demonstrated his singular ability to cut through immersive production with effervescent flows. The Augusta native’s project featured underground hits like “Baby Choppa” (1.6 million Spotify streams), “Heartbreak Kid” (1.7 million Spotify streams), and “Beautiful,” a collaboration with SoFaygo that racked up over 3.5 million Spotify streams. With additional appearances from Kalan.FrFr, Hunxho, and 21 Lil Harold, the 17-track Free Me project is available everywhere now.