Watch the Livestream on Twitch and YouTube, Airing From 1pm-10pm

Headlined by 50 Cent, J. Cole, and Travis Scott, Rolling Loud’s Second-Ever New York Festival is a Celebration of Hip-Hop’s Past, Present, and Future

Two years after its first foray to the birthplace of hip-hop, Rolling Loud is ready to make Rolling Loud New York 2021 one of the world’s premier rap festival brand’s most exciting events to date. This morning, Rolling Loud announced the set times for the three-day festival, allowing fans to plan their days around sets by their favorite rappers. Available to view on Rolling Loud socials and the official festival app, the new performance schedule lists set times for each of the three stages, showcasing dozens of hip-hops more vital voices each day. As always, these set times are subject to change.

Using the streaming expertise gained during their year on Twitch to upgrade the at-home experience for Rolling Loud New York 2021, Rolling Loud announces details for the Rolling Loud Livestream, broadcasting this weekend from Citi Field. Airing simultaneously on YouTube, Twitch, and RollingLoud.com, the livestream will present over 60 live performances, host exclusive artist interviews, and offer sponsored giveaways, including a “Got Your Airtime” segment, in which fans who download the Airtime app will get the chance to interview their favorite aritst. Hosted by Hakeem Rowe, Tallie Spencer, and Jacques Morel, the Rolling Loud New York livestream will air on each festival day (10/28-10/30) from 1pm ET to 10pm ET. 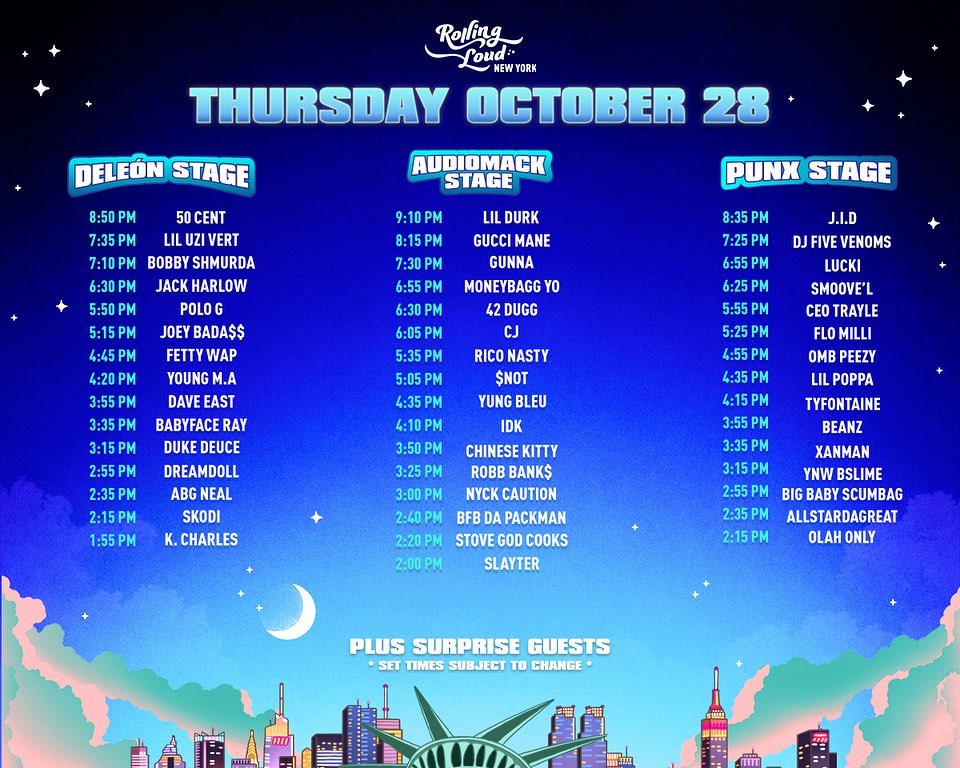 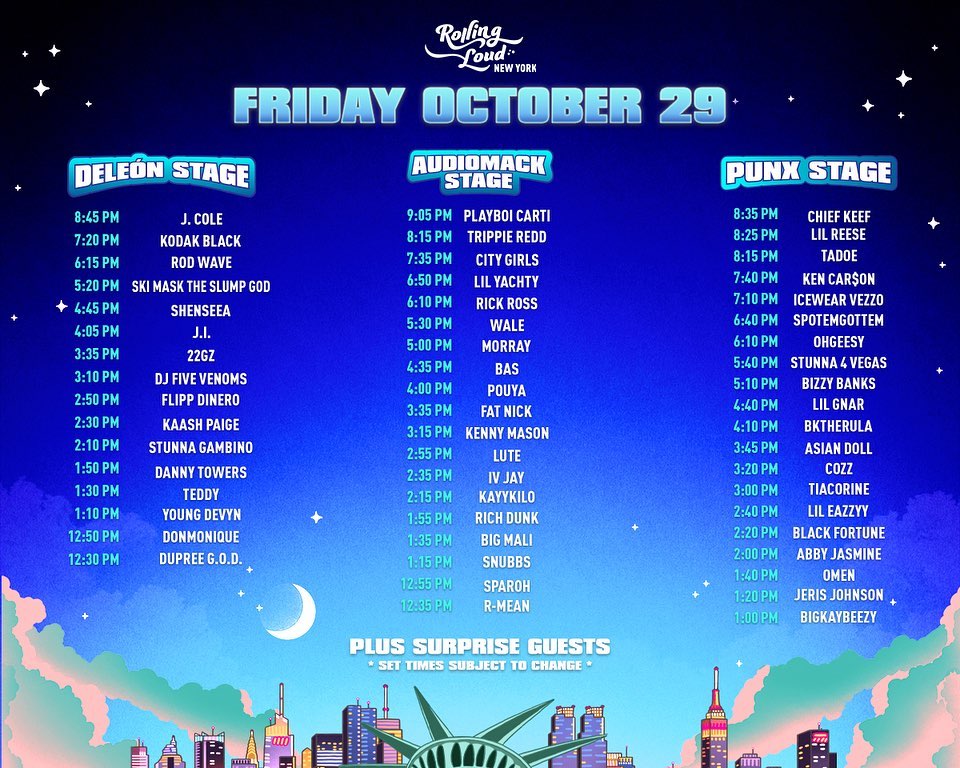 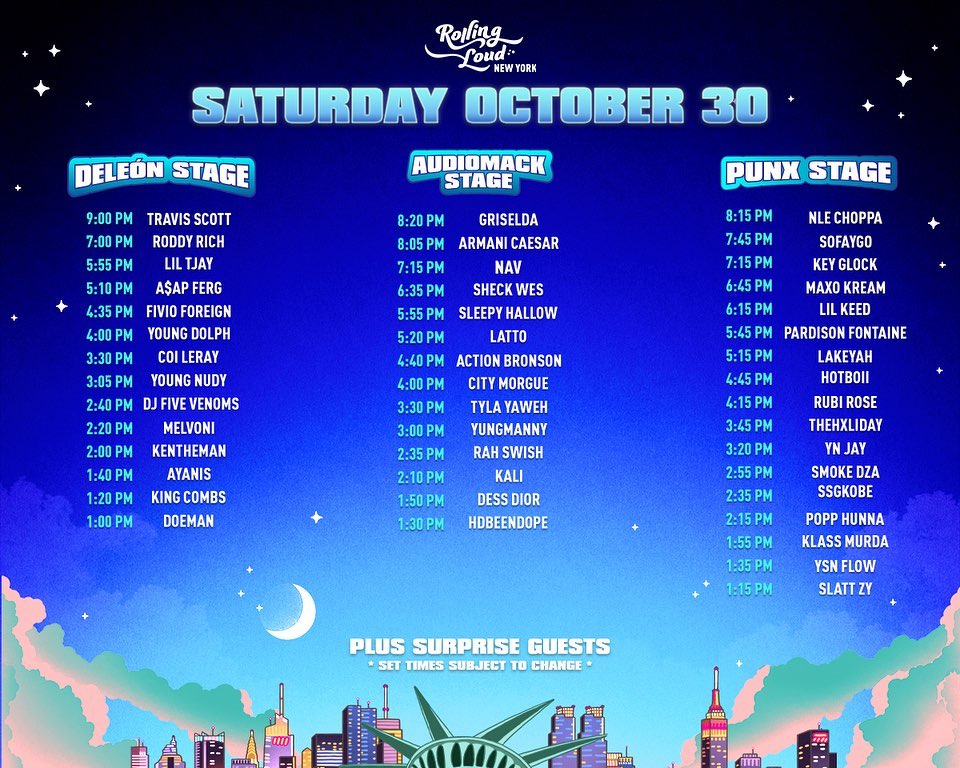 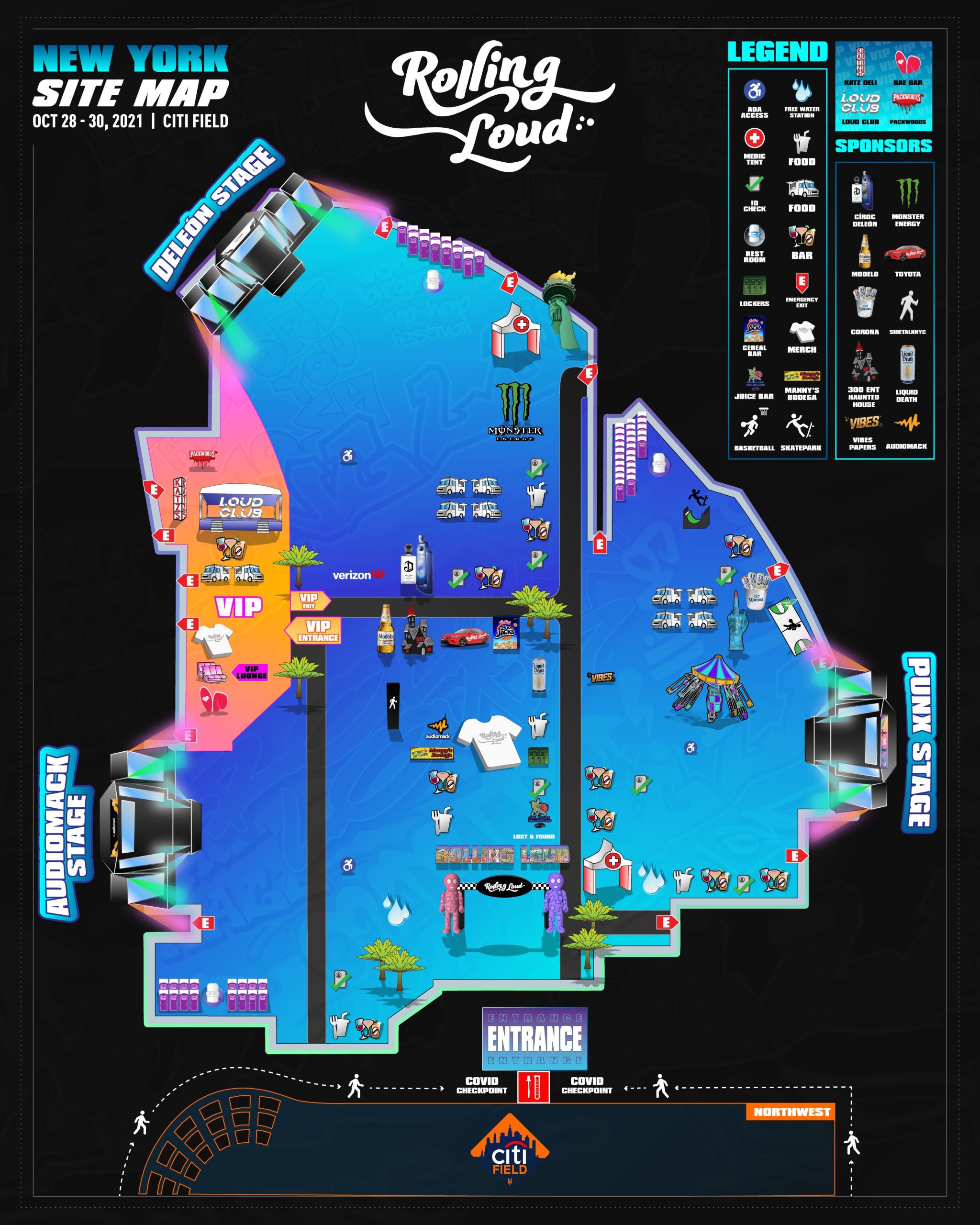