Rap’s Premier Festival Brand Enters Into a Partnership with the Financial Services Company, Starting with the “Ahead Start To Rolling Loud” Contest 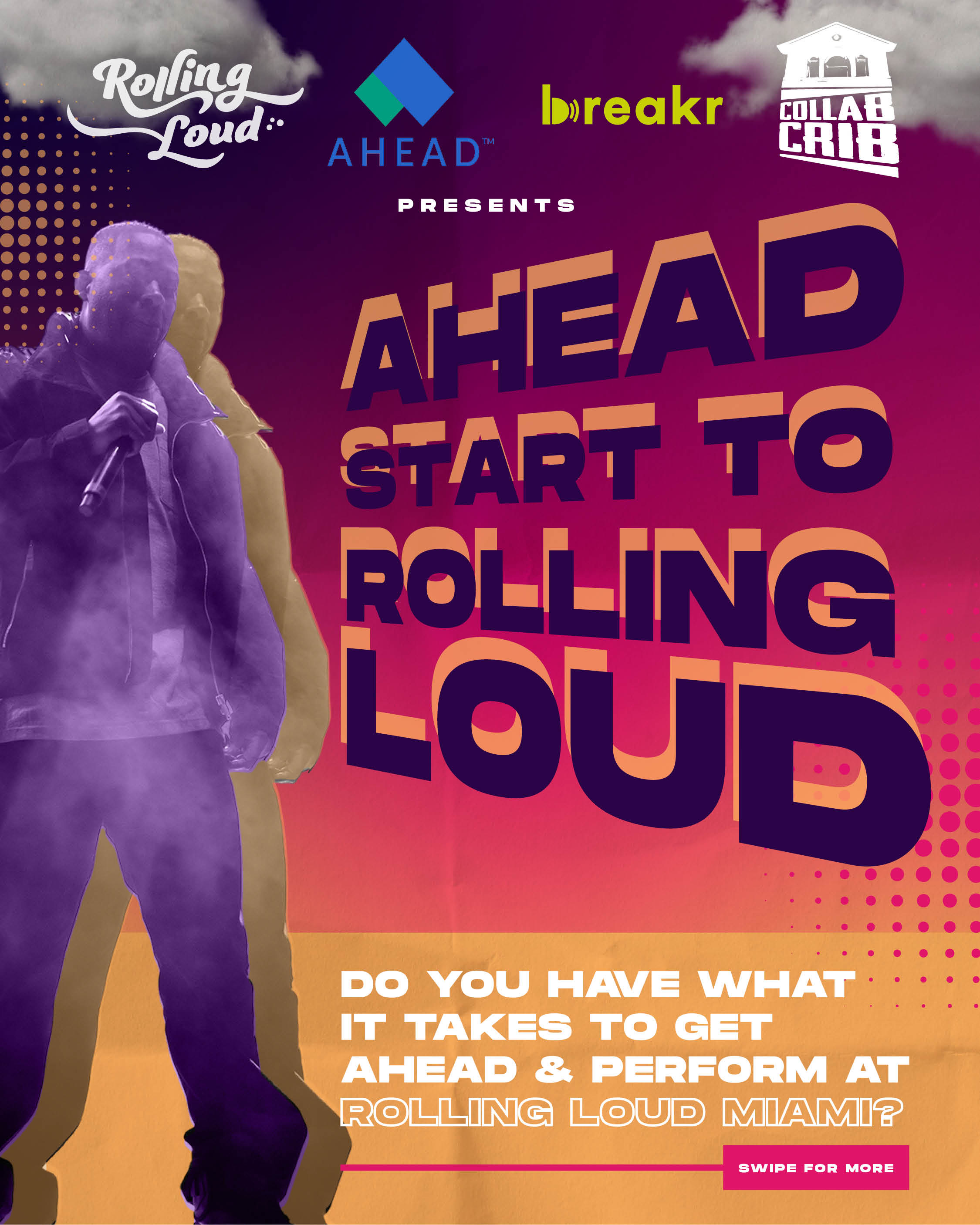 The biggest festival brand in hip-hop, hosting star-studded events on multiple continents, Rolling Loud is a game-changer in the world of live music. Today, Rolling Loud announces a new partnership with Ahead, a digital finance platform that specializes in connecting underserved consumers with world-class financial services.

To celebrate the start of the two-year partnership, which is powered by Fairfax Studios, Rolling Loud and Ahead announce the launch of “Ahead Start to Rolling Loud,” a new contest that gives aspiring artists a chance to perform at Rolling Loud Miami 2021. Presented in partnership with Music Breakr and Collab Crib, the contest invites up-and-coming rappers to show off their personalities on Instagram before submitting an original song to be judged by the team at Breakr. The contest starts immediately. Check the graphic below for instructions to participate in the contest and find out more information HERE.

“For whatever reason, we don’t learn financial literacy in school,” says Rolling Loud co-founder Tariq Cherif. “As a company founded by self-made entrepreneurs who made many financial mistakes, Rolling Loud is proud to partner with Ahead Financials to help our fans become more financially literate and make smart decisions with their money. It’s hard to earn it but it’s harder to keep it!”

“We know how much music influences culture and we believe culture is our roadmap to engaging our customers where they are,” says Ahead COO Kim Morgan. “We are excited about this journey with Rolling Loud to make impactful connections with our potential customers and their respective communities. We want to be more than just a financial service institution, we would like to engage customers at the intersection of culture, community and inclusion.“

“We always have and will believe that creativity, culture, and social impact are the ingredients that bring engagement, education, and impact to life in a much more meaningful way than outdated, and traditional ways to market, ” says Fairfax Studios Founder and Chief Creative Officer Marvin Bing. “We always bring our clients face to face with real opportunity that has potential to integrate on a much larger scale with communities that have for too long been seen as an afterthought.”

Check out more details and instructions for “Ahead Start To Rolling Loud”: https://www.breakrselect.com/rollingloud 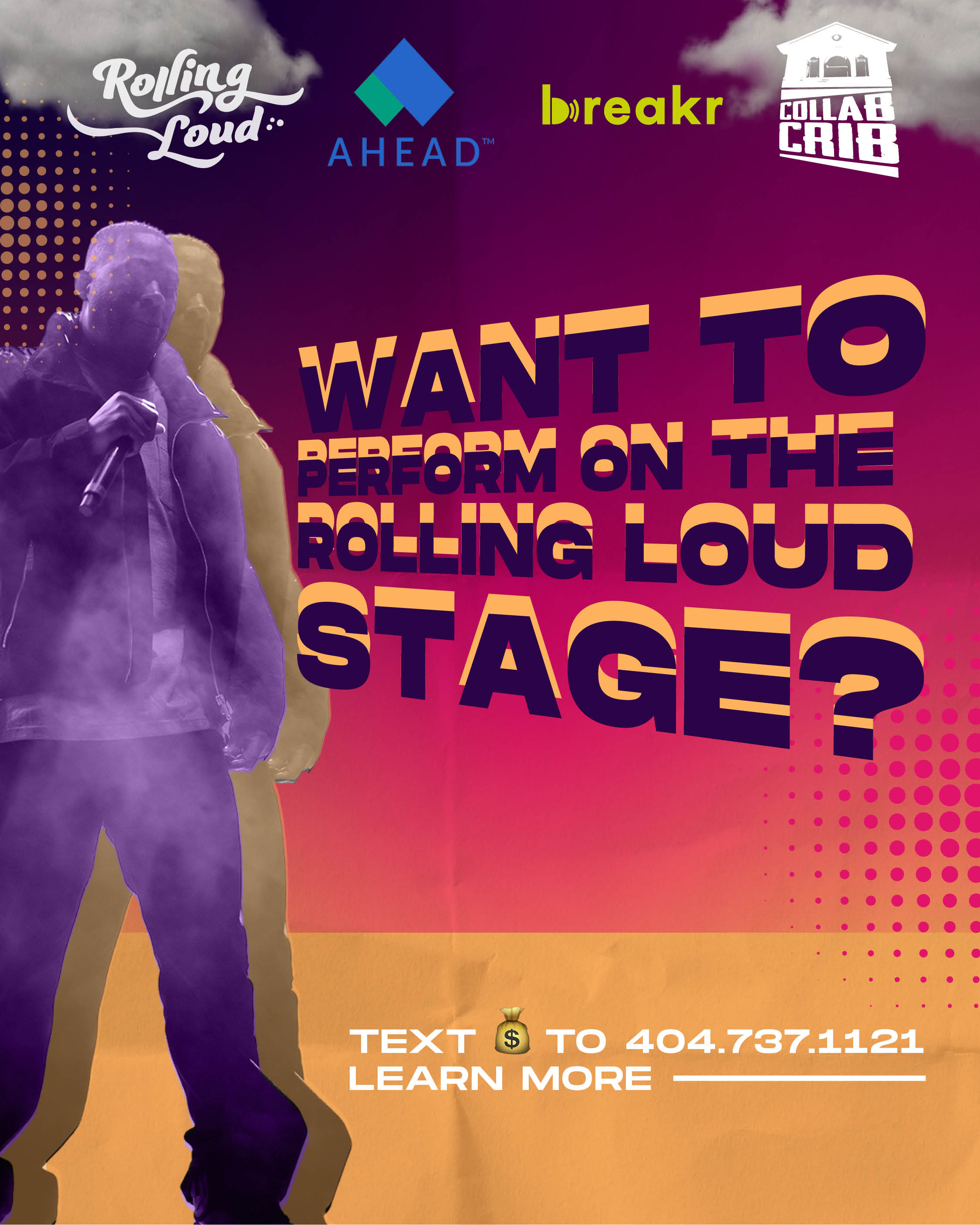 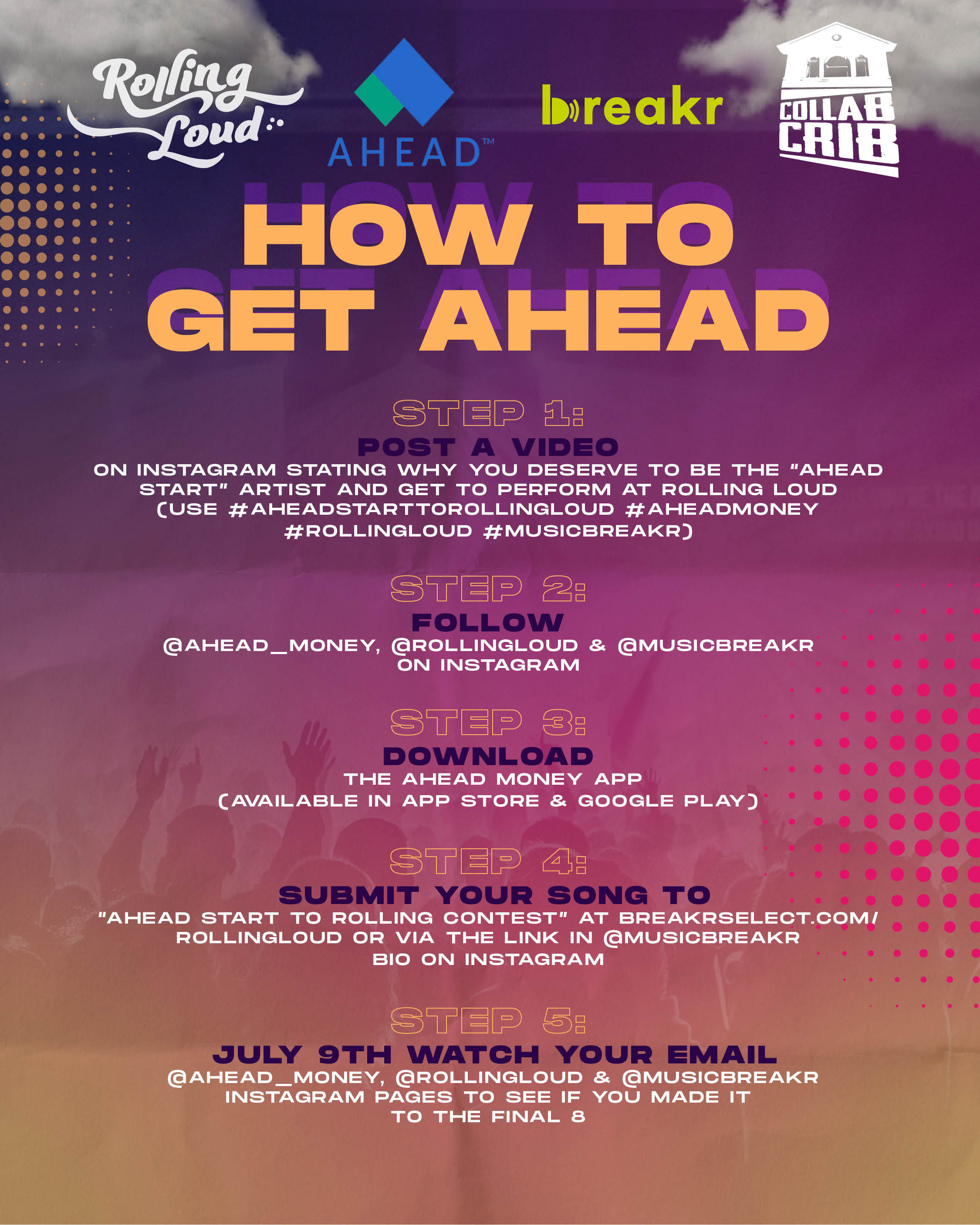 During the pandemic, Rolling Loud expanded into much more than just a festival brand. With no live show possibilities in sight, Rolling Loud pivoted to become a heavy-hitter in the world of Livestreaming, drawing millions of unique viewers and landing multiple events in Pollstar’s Year-End Livestream Chart. In June 2021, Rolling Loud launched Rolling Loud Presents, their first venture into tour promotions, taking the Rolling Loud experience on the road with a series of tours headlined by some of the biggest stars in hip-hop, including Rod Wave, Trippie Redd, and more to be announced.

Ahead Financials (Ahead) is a universally inclusive digital banking and financial health platform founded on a mission to help everyone get on a path to better financial health. Rooted in community, culture and inclusion, Ahead aims to ensure no one is excluded from the cornerstones of financial wellbeing: the ability to plan, save, spend, borrow and learn good financial habits. To learn more or to open an account, please visit the affiliate site www.aheadforall.com or company site www.aheadmoney.com and follow @Ahead_Money on Instagram and Twitter.

Check out more details and instructions for “Ahead Start To Rolling Loud”: https://www.breakrselect.com/rollingloud