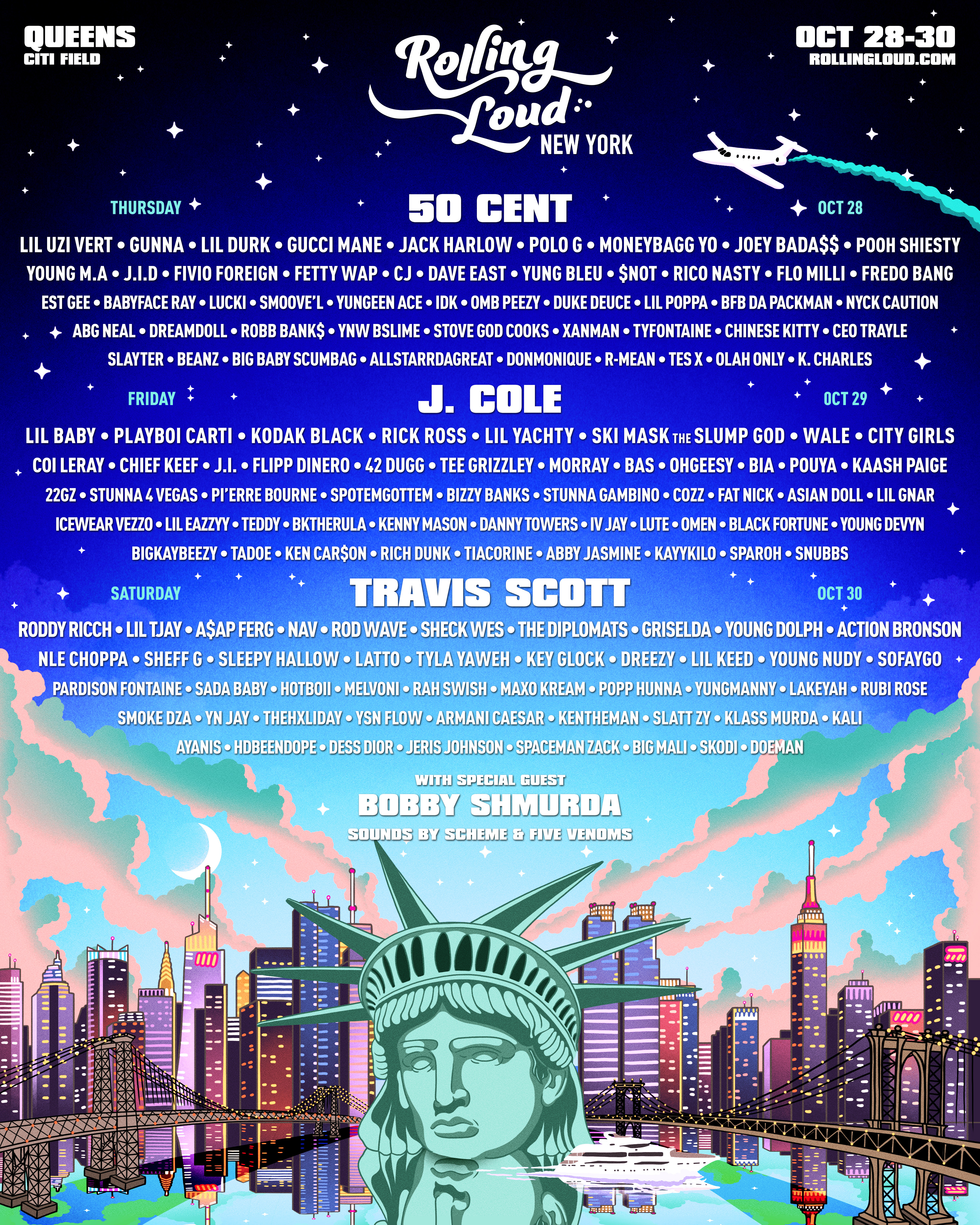 The worldwide festival brand Rolling Loud first came to New York in October 2019, with a lineup that featured modern superstars like Travis Scott and A$AP Rocky and New York legends like Wu-Tang Clan and the late DMX. The Citi Field event was one of the most successful Rolling Loud festivals to date, selling out both days and attracting A-List celebrity attendees like Rihanna, Kevin Durant, and many more.

The well-being of Rolling Loud attendees, employees, and artists is of the utmost importance. Rolling Loud New York 2021 will proceed to the extent permitted by local authorities and will follow all local COVID safety protocols.

Options to move Rolling Loud to an alternate site will continue to be in effect while the New York Mets remain in postseason contention.