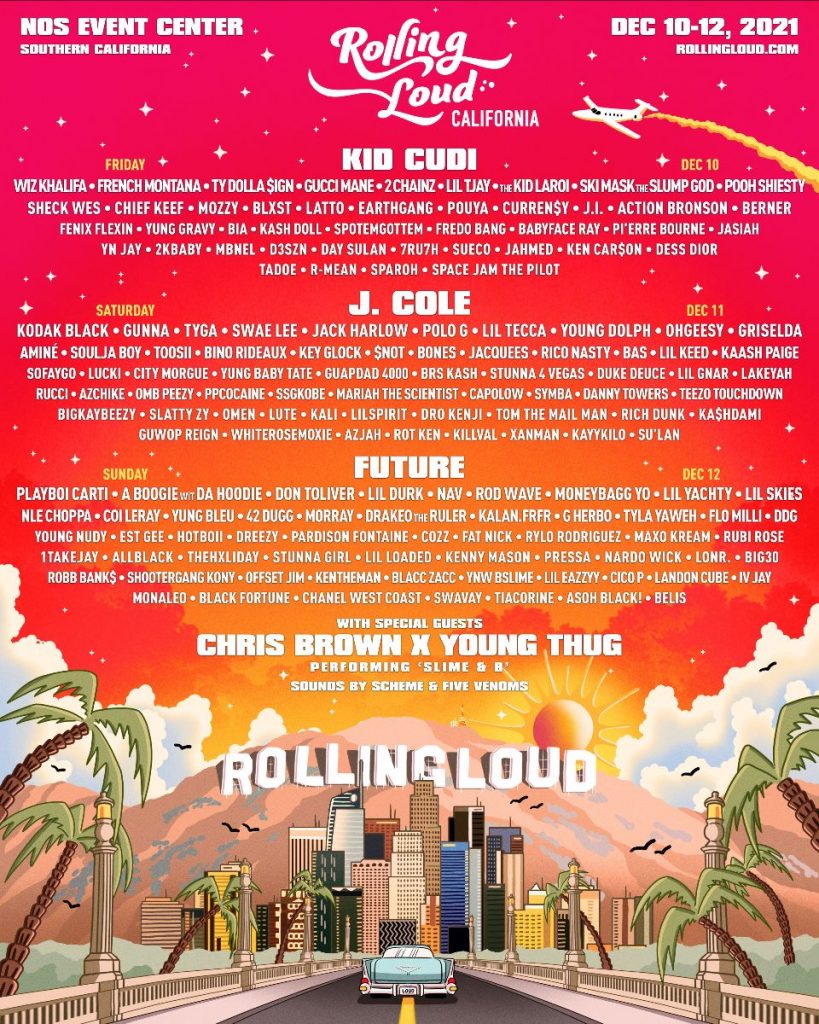 Rolling Loud grew from a one-day Miami show into a global festival phenomenon, putting on shows on both coasts and in multiple countries. Coming hot on the heels of announcing Rolling Loud Miami 2021, Rolling Loud announces Rolling Loud California 2021, occurring on December 10th-12th, 2021.

The festival boasts a truly A-List collection of headliners, recruiting J. Cole, Kid Cudi, and Future to top the bill, plus a special duo performance by Young Thug and Chris Brown, who will perform songs from their Slime & B album. Beyond the headliners is a deep roster of rap’s hottest names, including A-listers, like Wiz Khalifa, Playboi Carti, Moneybagg Yo and Lil Durk, young superstars like Polo G, Rod Wave, Lil Tjay, Jack Harlow, and Ski Mask The Slump God, up-and-comers, like Pooh Shiesty, Coi Leray, 42 Dugg, Morray, $NOT, and Latto, and Cali heroes like Ty Dolla $ign, Tyga, Drakeo The Ruler, Blxst, Kalan.FrFr, and Bino Rideaux, giving the festival a truly West Coast feel.

The well-being of Rolling Loud attendees, employees, and artists is of the utmost importance. Rolling Loud California 2021 will proceed to the extent permitted by local authorities and will follow all local COVID safety protocols.