The Biggest Festival Brand in Hip-Hop Returns to the Rage, Preparing Its First In-Person Live Event Since 2019 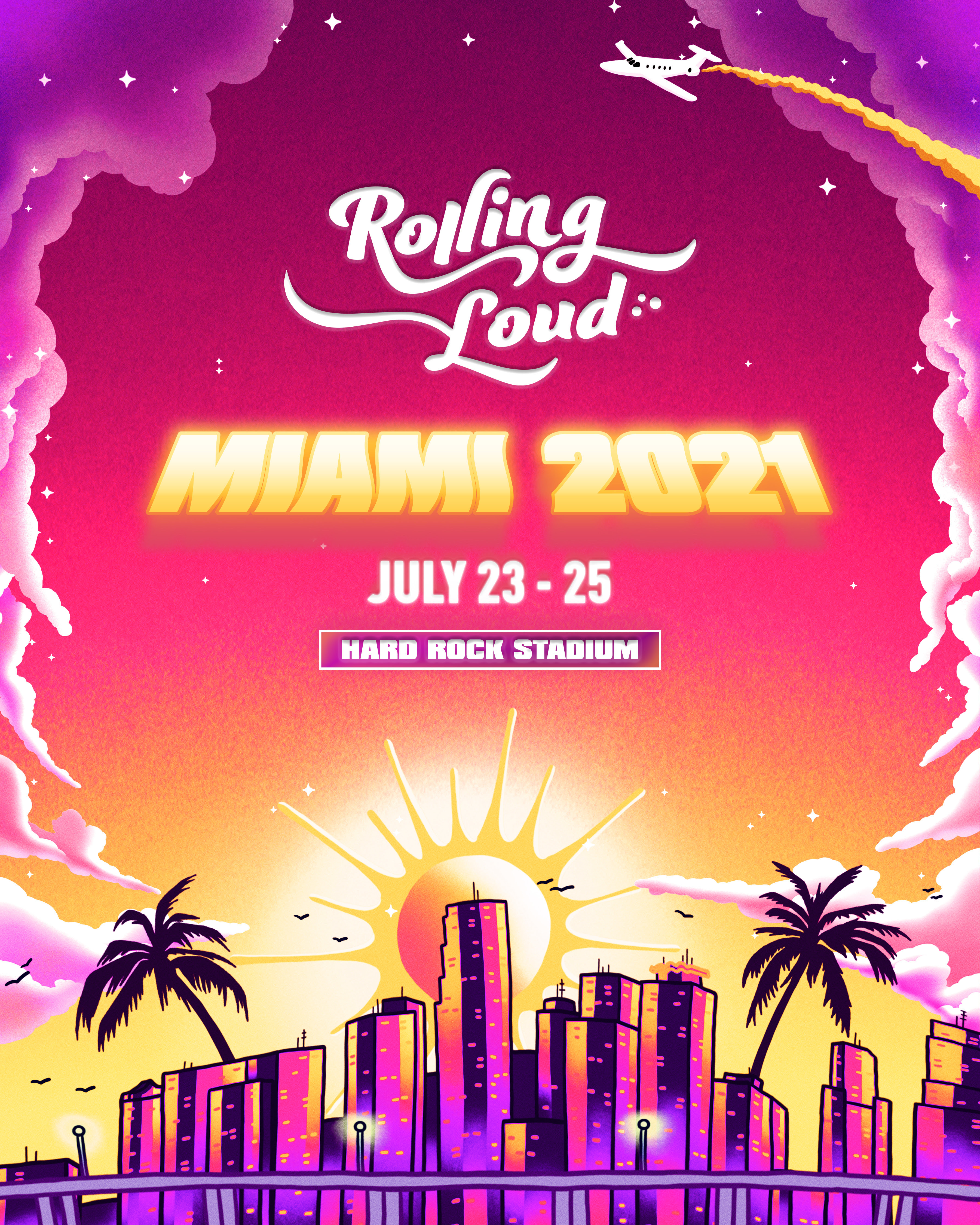 A Statement From Rolling Loud:

Thank you all for your patience.  We kept the faith as long as we could for the May dates, but ultimately we still face challenges that prevent us from gathering together at Rolling Loud Miami in early May.

With that being said, we are excited to announce that Rolling Loud will now take place on July 23-25, 2021 at Hard Rock Stadium in Miami Gardens!

We want to extend a massive thank you to all of our ragers who have held onto their tickets.  Those who can’t make the new dates will have the opportunity to obtain a refund.  Information on how to obtain a refund will be sent out to ticket holders later this month.  We are also working on sweetening the deal for those of you who choose to keep your tickets in addition to the rage pack you already earned from the last reschedule.

For those of you who made hotel and/or travel reservations in May, we hear your travel concerns and realize that this is not an ideal situation.  Thankfully, many major airlines are not currently charging change fees, and most Miami hotels have policies in place that allow for refunds.

We can’t wait to reunite together in the pits we’ve all grown to love (and miss) so much.  Many of you, like us, have been looking forward to Rolling Loud for months now.  And although we may need to wait a little bit longer—trust that this comeback and reunion will be even stronger.  Whether you’re a Rolling Loud veteran or a first-timer, you are about to be a part of history.  Lineup, show details, on-sale, and more information coming soon, so stay tuned!

At long last, the world’s premier hip-hop festival is back. Rolling Loud announces that its Miami 2021 festival will occur on July 23rd-25th at Hard Rock Stadium in Miami Gardens, FL. Keeping as much of the 2020 lineup intact as possible–including headliners Post Malone and A$AP Rocky–the upcoming event promises a spectacular, show-stopping, and safe return for live hip-hop.

The upcoming event is the first Rolling Loud in the festival’s hometown of Miami since 2019, after the 2020 festival was postponed due to the COVID-19 pandemic. For the 2021 edition, Rolling Loud will honor all passes for fans who held onto their 2020 tickets, and will grant refunds to ticket-holders who are no longer able to attend. Limited tickets for the 2021 festival will be available for sale at a date to be announced.

The well-being of Rolling Loud attendees, employees, and artists is of the utmost importance. Rolling Loud Miami 2021 will proceed to the extent permitted by local authorities.