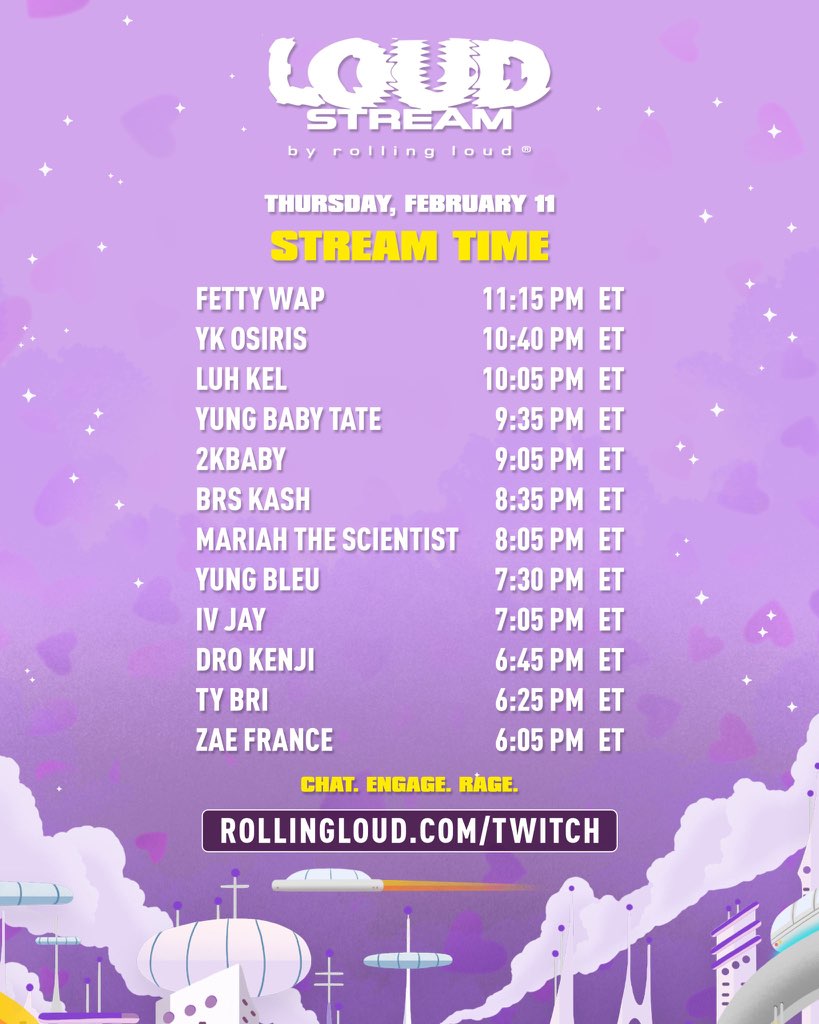 The second night of “Loud Stream” offered a bounty of memorable moments, anchored by Fetty Wap’s stream-closing performance of the immortal love song “Trap Queen.” Packing in six hours of non-stop performances, interviews, and commentary, the Twitch-exclusive virtual festival continued last night with a performance from viral sensation Yung Baby Tate, who covered Aaliyah’s “I Care For You” and performed her hit “I Am,” a hit-filled set from Drake collaborator Yung Bleu, romantic sets from R&B heartthrobs YK Osiris and Luh Kel, a performance of Billboard Top 25 hit “Th**t Baby” by BRS Kash, plus standout shows from Rolling Loud first-timers like Mariah The Scientist, IV Jay, and more.

This “Loud Stream” was Rolling Loud’s third virtual festival since entering into an agreement with Twitch last fall. In addition to baosting the star-studded lineups for which Rolling Loud is known, the Rolling Loud team includes engaging commentary from festival co-founders Tariq Cherif & Matt Zingler, plus “Stream” co-hosts DJ Scheme, JenesisGiselle & DJ Five Venoms. The “Loud Stream” festivals are the crown jewels of Rolling Loud’s Twitch channel, which also includes weekly programs like The Rotation, Loud Gaming, The Leak, Got Barz, and more.

Check out photos from both nights here. Please credit photos as such “(Rolling Loud/@photographer): https://www.dropbox.com/sh/1idu9zwgspl88o9/AABPnZHSyGmzXRHhKHQu5z_ha?dl=0

MORE FROM THE BROADCAST: