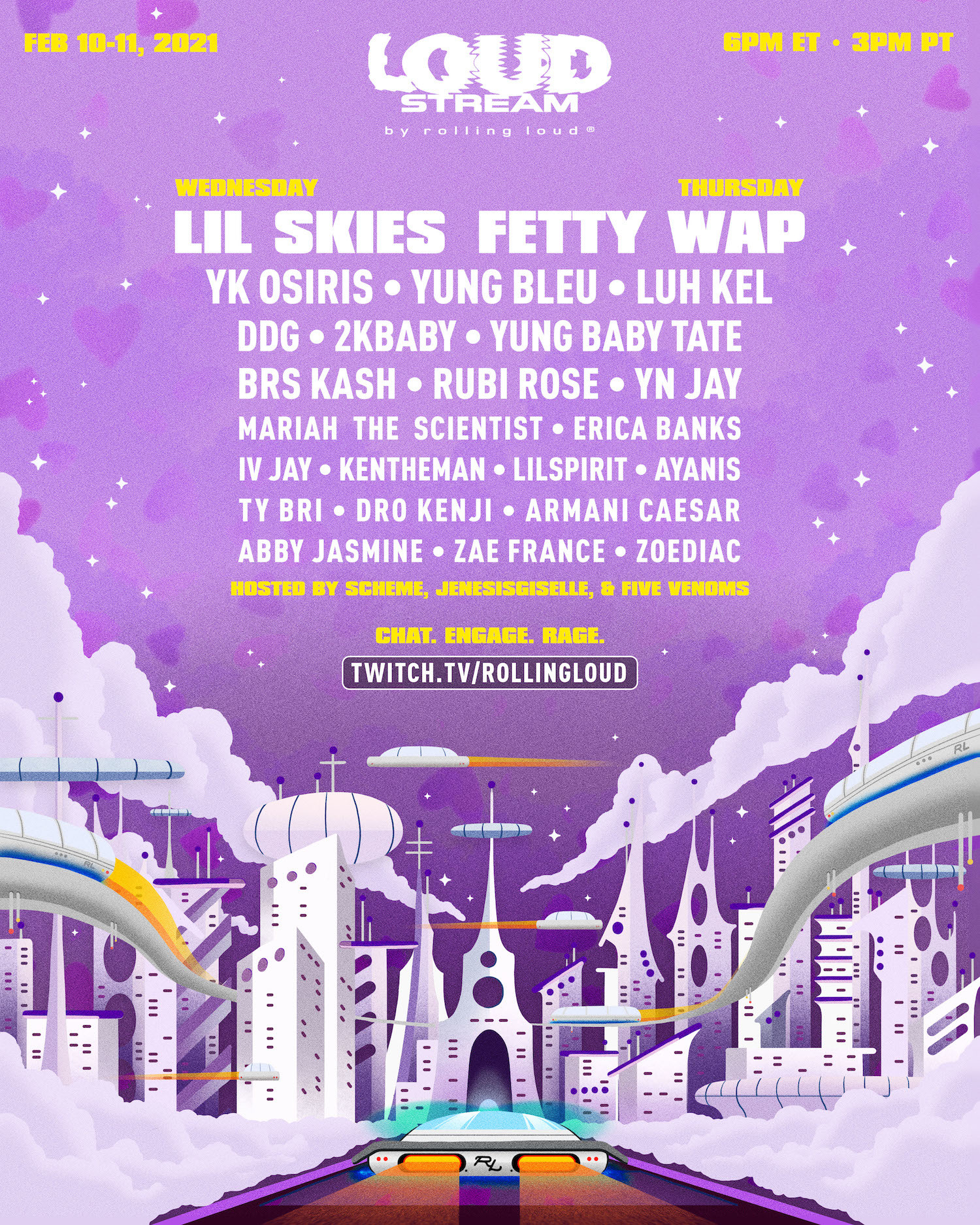 “Rolling Loud continues to prove its hip-hop tastemaking status is no fluke.” – Pollstar

Known for their exquisite taste in music and merch, Rolling Loud specializes in driving the culture forward. Coinciding with tonight’s “Loud Stream which airs tonight exclusively on Twitch, Rolling Loud announces a new limited line of merch, including collabs with headliners Lil Skies & Fetty Wap. The Lil Skies collab includes a hoodie and two color options for t-shirts, each emblazoned with his signature butterfly, and the Fetty Wap drop includes a hoodie and a t-shirt featuring a portrait of the artist.

“Loud Stream” airs from 6pm ET/3pm ET until 12am ET/9pm PT on February 10th (tonight) and 11th (tomorrow) on Twitch.tv/RollingLoud 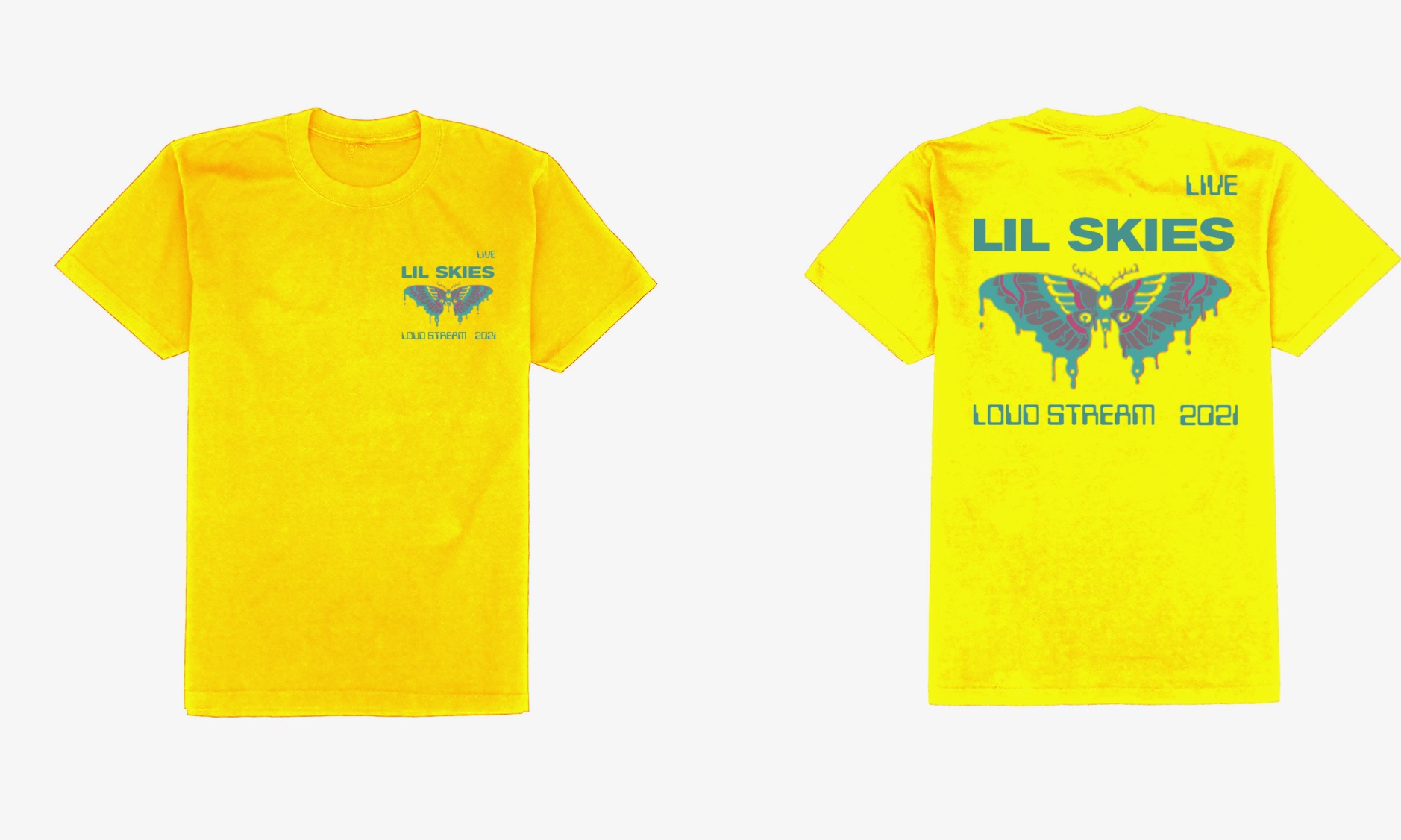 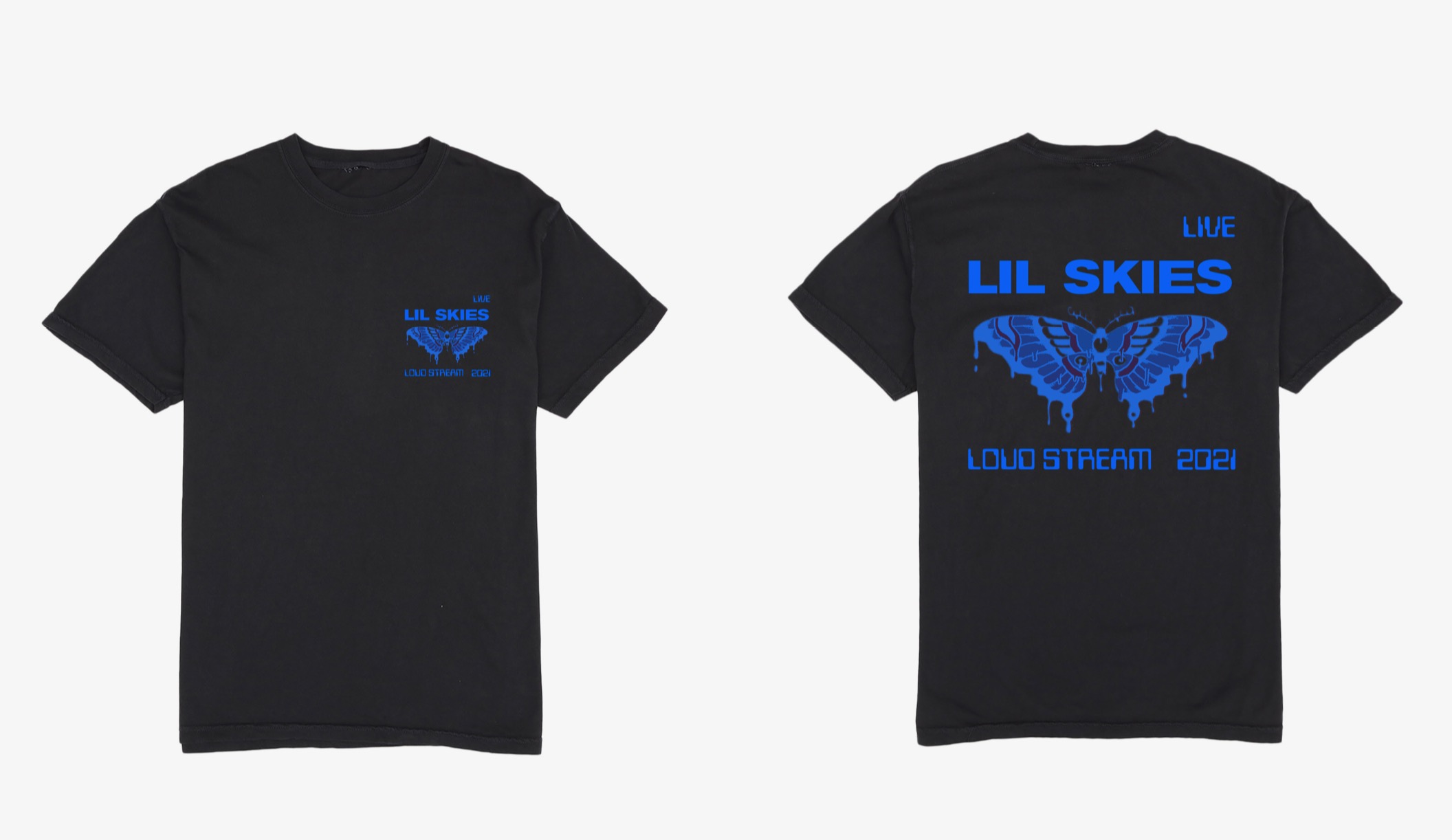 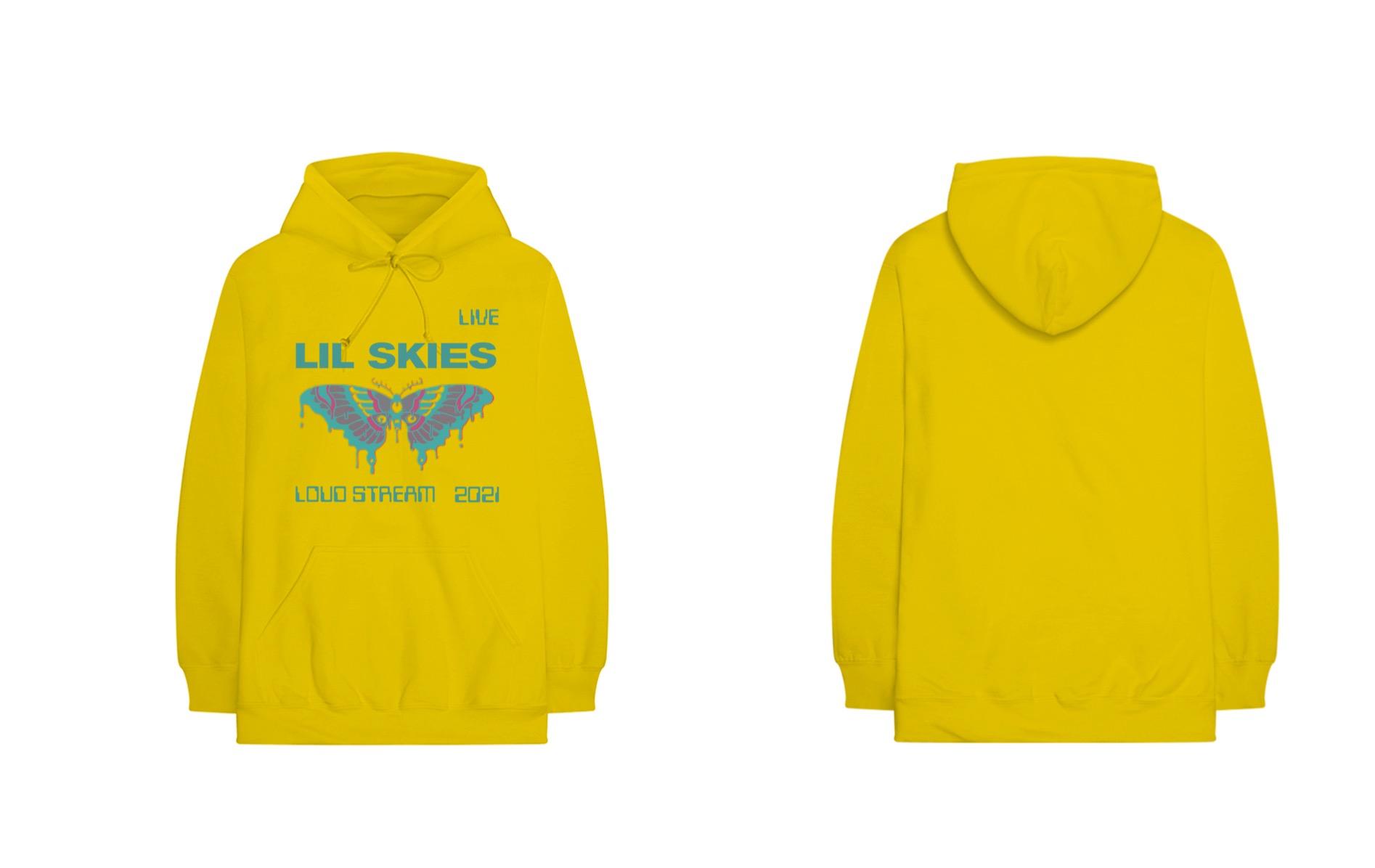 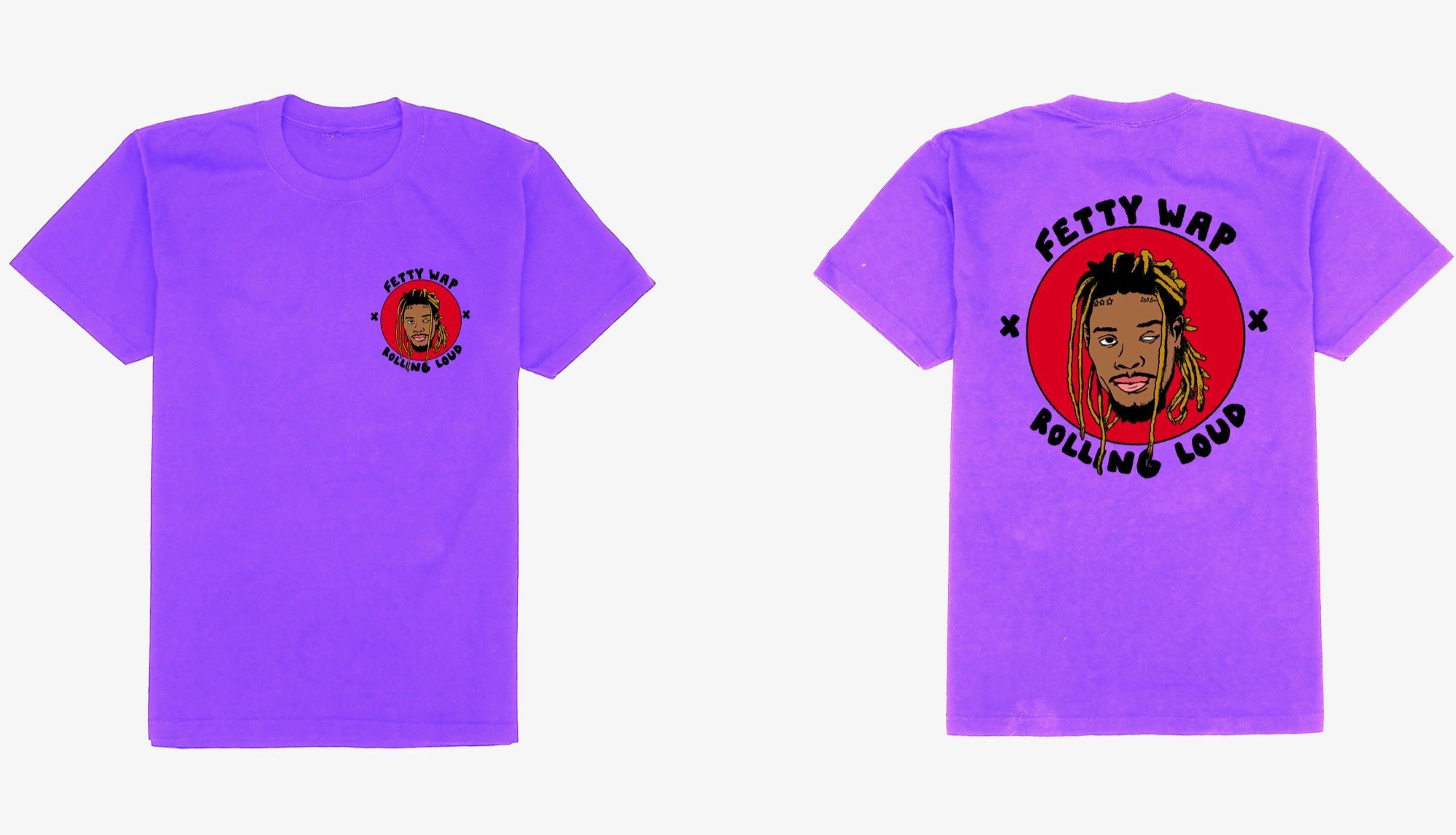 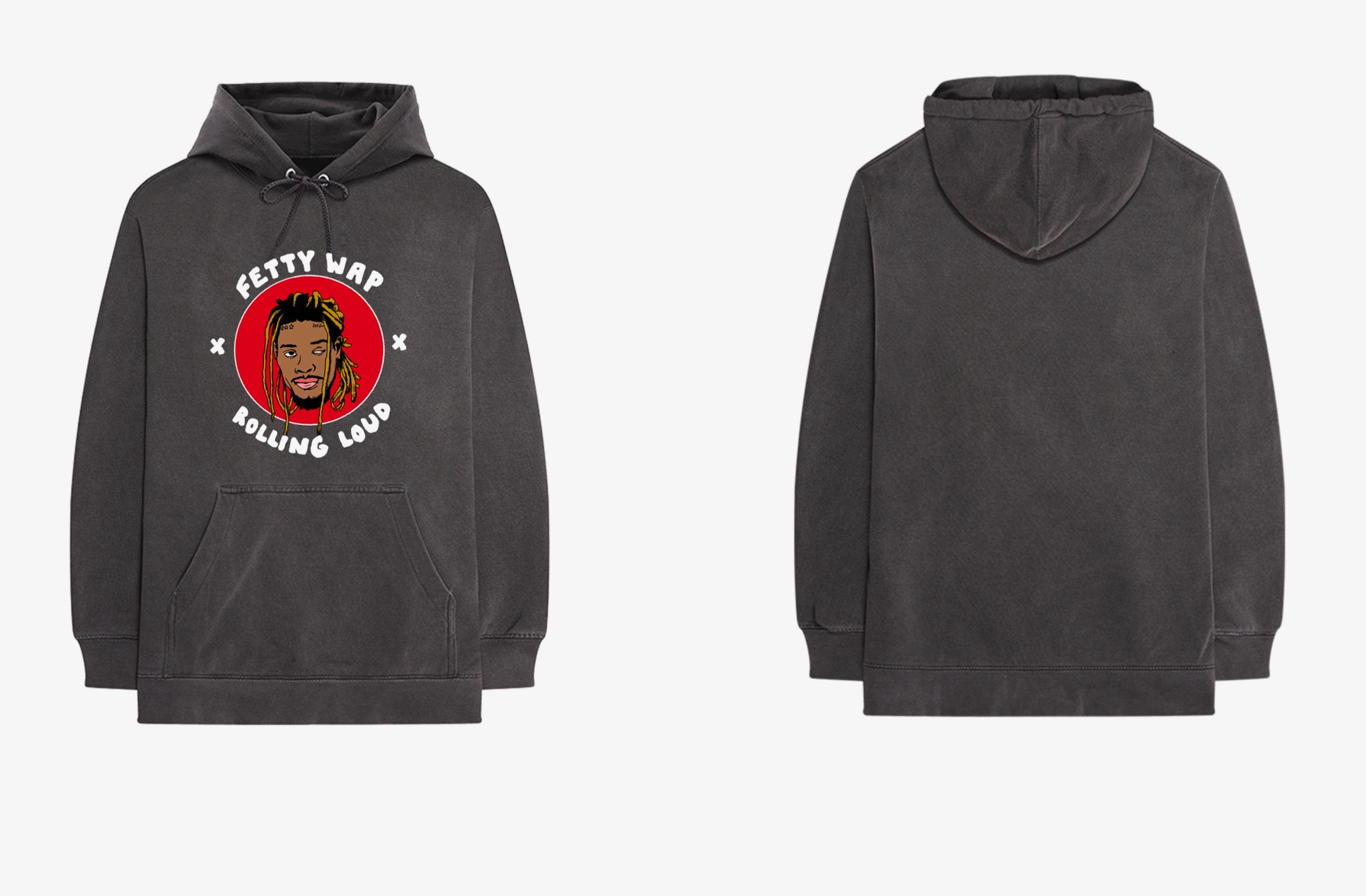