The World’s Premier Hip-Hop Festival Returns Stronger Than Ever from the Pandemic, Emerging as a Livestream Giant and Full-Fledged Media Company

A Statement From Rolling Loud:

We know a lot of you were excited to rage with us in February, but to help ensure the proper Rolling Loud experience, we have made the decision to move back to our usual dates. All headliners from the original dates are confirmed and 99% of the most lit rappers in the game will be scheduled to perform on the new dates for Rolling Loud Miami 2021 – R.I.P. Pop Smoke & King Von. 🙏

All tickets will be honored for the new dates and will be automatically transferred over, so hang onto your tickets! To sweeten the deal, we will be gifting those who choose to hang onto their tickets with a special rage pack that includes an exclusive shirt, mask, hand sanitizer and more. Y’all are some real, loyal RL ragers, and we can’t thank you enough for your support over the years! For those who would like to request a refund, go to RollingLoud.com/refund for more information.

Limited tickets for the new dates will be going on sale this Friday, November 20, 2020 at 10am ET.

Rolling Loud entertains fans throughout the pandemic with high-quality livestreams and weekly programming, but in 2021, hip-hop’s biggest festival brand is ready to go back to doing what it does best. Today, Rolling Loud officially announces Rolling Loud Miami 2021, its first live event since 2019. Held once again at Hard Rock Stadium in Miami Gardens, FL, Rolling Loud Miami returns on May 7th-9th.

Headlined by Travis Scott, Post Malone, and A$AP Rocky, the upcoming event promises a massive, star-studded lineup, keeping as much of the 2020 lineup intact as possible while adding performances from budding stars. Postponed due to the COVID-19 pandemic, Rolling Loud’s 2020 Miami Festival was set to be the biggest event in brand history, with over 255k in expected attendance over the festival’s three scheduled days. For the 2021 edition, Rolling Loud will honor all passes for fans who held onto their 2020 tickets. Limited tickets for the 2021 festival will be available for sale starting Friday 11/20.

“We’re really excited to get back to producing Rolling Loud around the world, starting with our flagship Miami show in May,” says Rolling Loud co-founder Tariq Cherif. “This year has been tough for us all, but I believe that when we are able to finally come together again in 2021, our collective spirits will be high once again.”

Headlined by Gunna and Trippie Redd, who performed songs from his brand new Pegasus album, “Loud Stream” offered 12 hours of live interviews, Halloween scares, and performances spread over two days. There was even a surprise Zoom appearance from Nardwuar The Human Serviette, who interviewed Rolling Loud co-founders Matt Zingler & Tariq Cherif and impressed them with his deep knowledge. With additional performances from Young Dolph, The Kid Laroi, Young Nudy, and many more, the second “Loud Stream” raised the bar for interactivity, production value, and presentation for livestream concerts.

The well-being of Rolling Loud attendees, employees, and artists is of the utmost importance. Rolling Loud Miami 2021 will proceed to the extent permitted by local authorities. 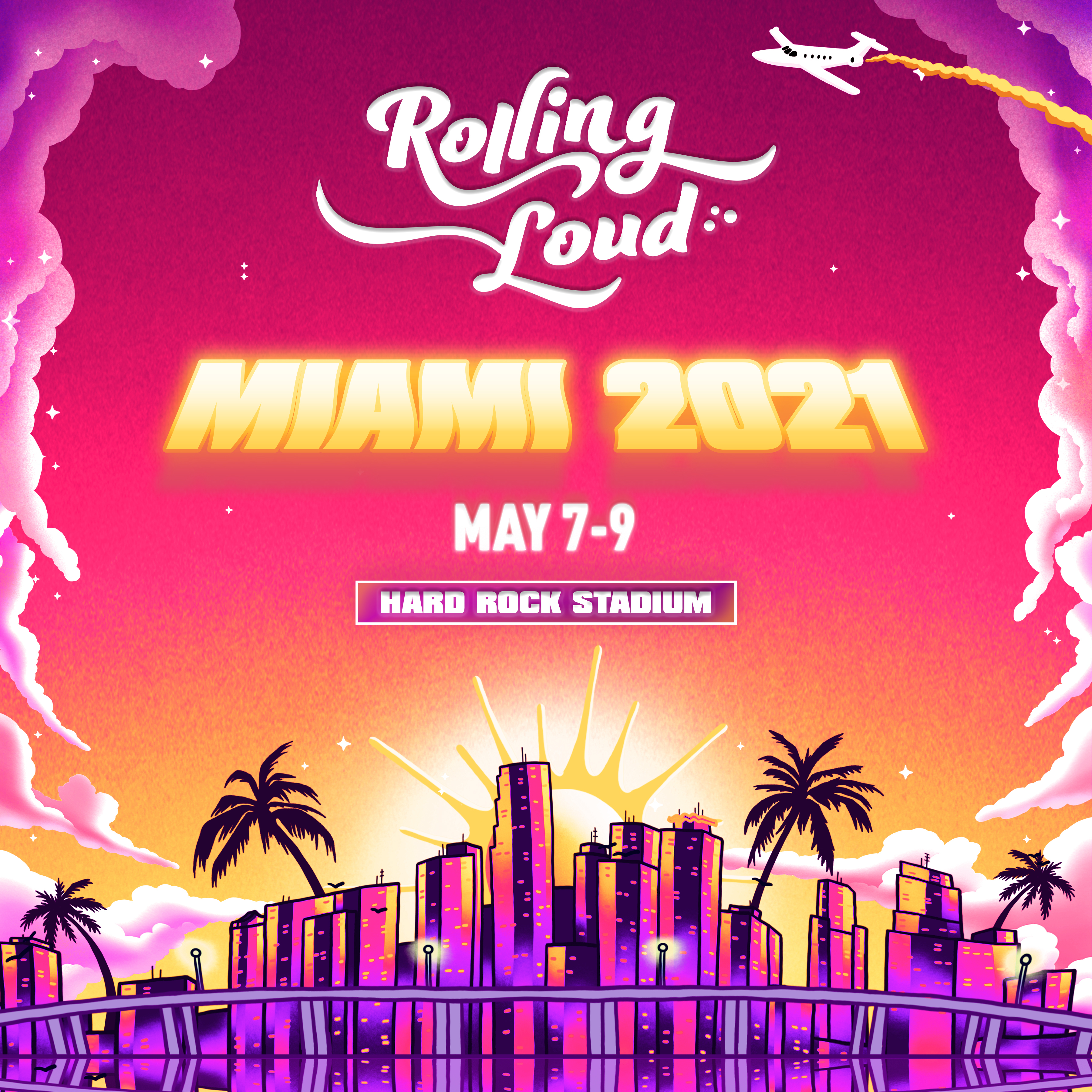