Known for booking an unbeatable array of talent, Rolling Loud lineups are time capsules of a moment in rap history. Dialing up some of rap’s biggest names for their second virtual festival, Rolling Loud reveals the lineup for the second “Loud Stream.” Headlined by Trippie Redd and Gunna, the upcoming stream promises a fully live experience, complete with state-of-the-art production value, thrilling performances, entertaining between-sets interviews and commentary, and absolutely zero pre-recorded sets.

Airing exclusively on Twitch on October 30th and October 31st from 6pm to 12pm ET, the virtual festival is Rolling Loud’s first Halloween-themed event–expect extravagant visuals, eye-popping merch, and additional scary surprises. During the stream, Rolling Loud will launch a costume contest for fans at home. Post a picture of your costume to socials with the hashtag #RLHALLOWEEN to enter for the chance to win tickets, merch, cash, and other prizes.

In addition to the headliners, the lineup boasts a formidable undercard, including heavyweights like Young Dolph and Lil Pump, rising stars like The Kid Laroi, iann dior, and $NOT, leading ladies like Coi Leray, Rubi Rose, and Sukihana, plus many more.

Rolling Loud is dedicated to enacting meaningful social change in the name of racial and social justice. During the second “Loud Stream,” Rolling Loud will raise funds for the Equal Justice Initiative, an organization committed to ending mass incarceration and excessive punishment in the United States, to challenging racial and economic injustice, and to protecting basic human rights for the most vulnerable people in American society.

Watch “Loud Stream” on Friday October 30th and Saturday October 31st at Twitch.tv/RollingLoud, starting each day at 6PM ET and ending at 12AM ET.

Check out a recap of the first “Loud Stream,” complete with photos from Rolling Loud’s internal media team: https://mailchi.mp/audibletreats/rolling-loud-ls-recap

Fridays:
LIVE FROM THE STUDIO  9PM ET / 6PM PT: Take a peek into the creative process of South Florida producer, Nuri, and friends, inside the Rolling Loud Studio in Miami, FL. 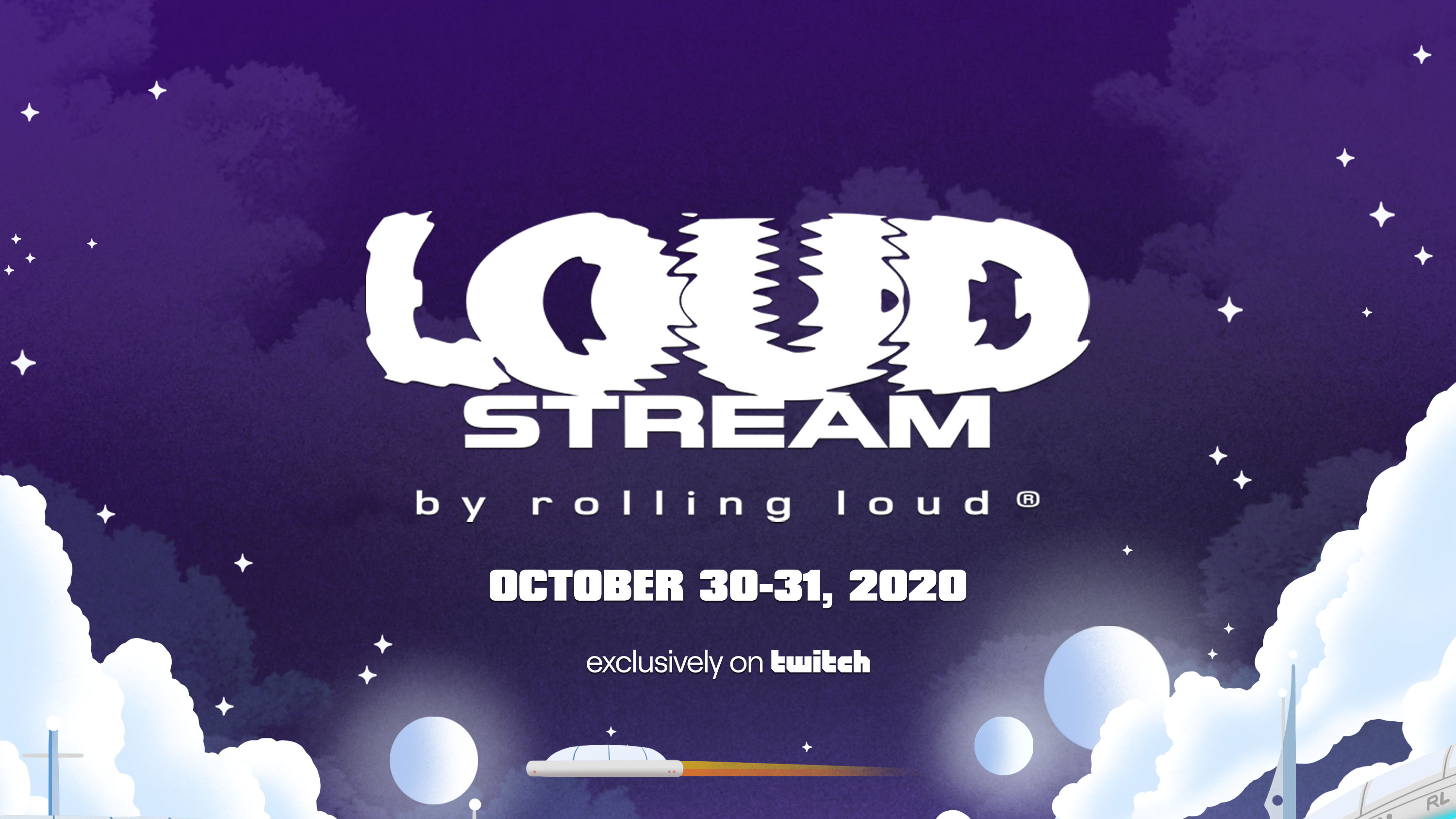