Broadcast Exclusively on Twitch, Rolling Loud’s First Virtual Festival Was a Resounding Success, As Millions of Fans Tuned In to Watch Swae Lee, Ski Mask The Slump God, and Many Others Perform Live For the First Time in Months 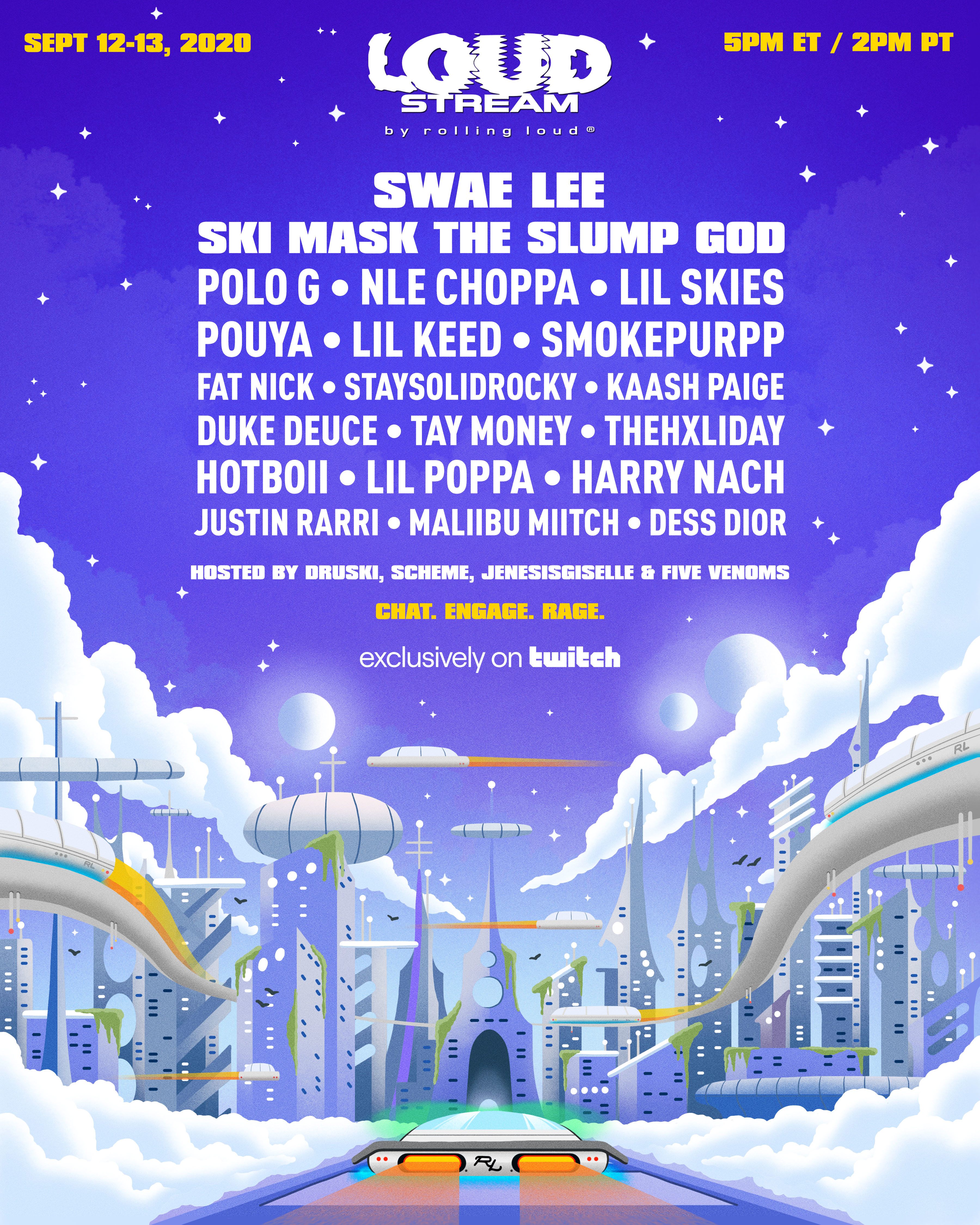 The name Rolling Loud is synonymous with star-studded lineups, buzzworthy moments, and party-positive vibes. Translating the Rolling Loud experience from the festival stage to the device of your choice, Rap’s premier festival brand partnered with Twitch to broadcast “Loud Stream,” a live virtual festival that aired over the weekend. Hosted by Druski, Jenesis Sanchez, DJ Scheme, and DJ Five Venoms, the stream presented live performances, including debut performances of new material by Swae Lee and Ski Mask The Slump God, commentary, interviews, and DJ sets over a period of 12 hours on Saturday and Sunday, drawing 4.4 million total live viewers with a high of 60k concurrent viewers.

“Loud Stream” offered thrilling live performances from headliners Swae Lee and Ski Mask The Slump God, plus energetic sets from XXL Freshmen Polo G, NLE Choppa, and Lil Keed, leading ladies like Kaash Paige and Tay Money, plus many more. But half the fun of “Loud Stream” came from what happened in between sets, with banter-filled interviews of artists by stream host Druski, interjections from Rolling Loud co-founders Matt Zingler & Tariq Cherif, and an active livestream chat (25k unique chatters!) clamoring for their favorite artists and songs. The festival also welcomed a virtual crowd, Zooming in a wall of fans directly from their living rooms, which the artists could see and vibe with while performing their sets. “Loud Stream” is the first of three virtual festivals Rolling Loud has planned as part of their new exclusive partnership with Twitch. Dates for the next two will be announced soon.

Check below for some of the best images of the virtual festival’s most memorable moments, taken by Rolling Loud’s brilliant internal media team.

MORE FROM THE BROADCAST:

For all other inquiries, contact Michelle, Kerry, or Kevin