Available For One Weekend Only, the New Merch Drop Includes New Rolling Loud Items, and Co-Branded T-Shirts & Crewneck Sweaters for Each Headliner

Growing from a single-day festival in Miami to a respected global brand, Rolling Loud continues to be an innovator in the worlds of music and merch. Today, Rolling Loud reveals a new line of merch, inspired by “Loud Stream,” their first-ever virtual music festival, airing this weekend exclusively on Twitch. The new drop includes new Rolling Loud-branded t-shirt designs, as well as co-branded collections with “Loud Stream” headliners Swae Lee and Ski Mask The Slump God, and “Loud Stream” performer Pouya. Interested fans should act fast–the “Loud Stream” merchandise is only available this weekend.

“Loud Stream” is the first of three virtual festivals Rolling Loud has planned as part of their new exclusive partnership with Twitch. In early September, the festival brand commenced daily live hip hop-driven programming on Twitch.tv/RollingLoud. So far, Rolling Loud’s Twitch programming welcomed notable guest such as Internet Money, JuJu Smith-Schuster, Jackboy, Tyla Yaweh, B.o.B., and others, and introduced regular programming like “The Rotation,” which racked up 132,000 live views on its initial episode. 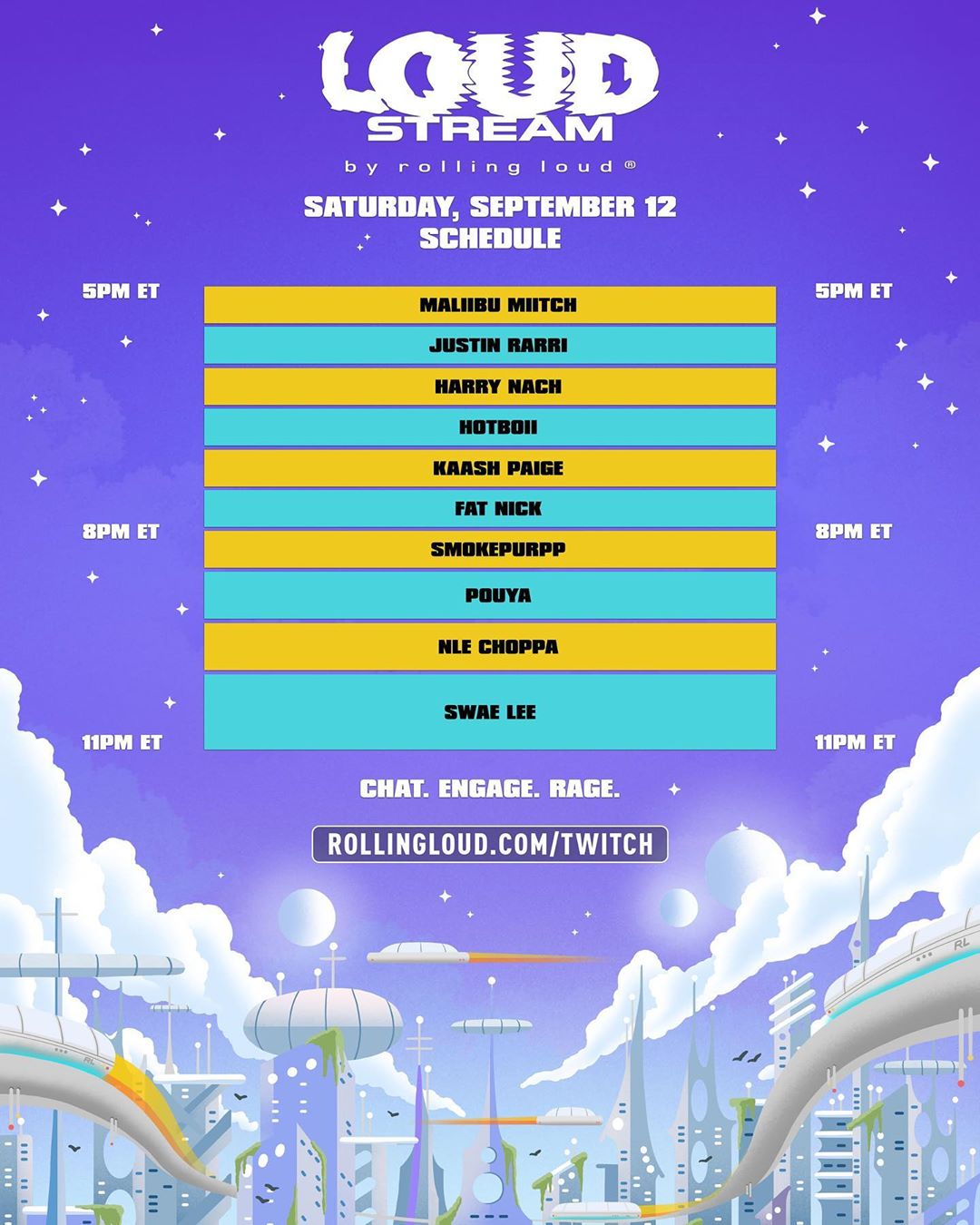 About Rolling Loud
Founded as a one-day festival in 2015 by Matt Zingler and Tariq Cherif, Rolling Loud has evolved into a global behemoth, with annual festivals in Miami, Los Angeles, New York, and the Bay Area. Postponed due to the COVID-19 pandemic, Rolling Loud Miami is scheduled for February 2021, and Rolling Loud Portugal, the brand’s first European festival, recently announced the lineup for next Summer. The company’s new Twitch partnership speaks to the strength of its brand, allowing Rolling Loud to maintain its vital cultural role during an impossibly difficult time for festivals and live music.

In October 2019, Rolling Loud hosted the first annual Rolling Loud New York, which boasted one of the brand’s most impressive lineups yet, and in December, it drew 65,000 fans per day to Banc of California Stadium for Rolling Loud Los Angeles.