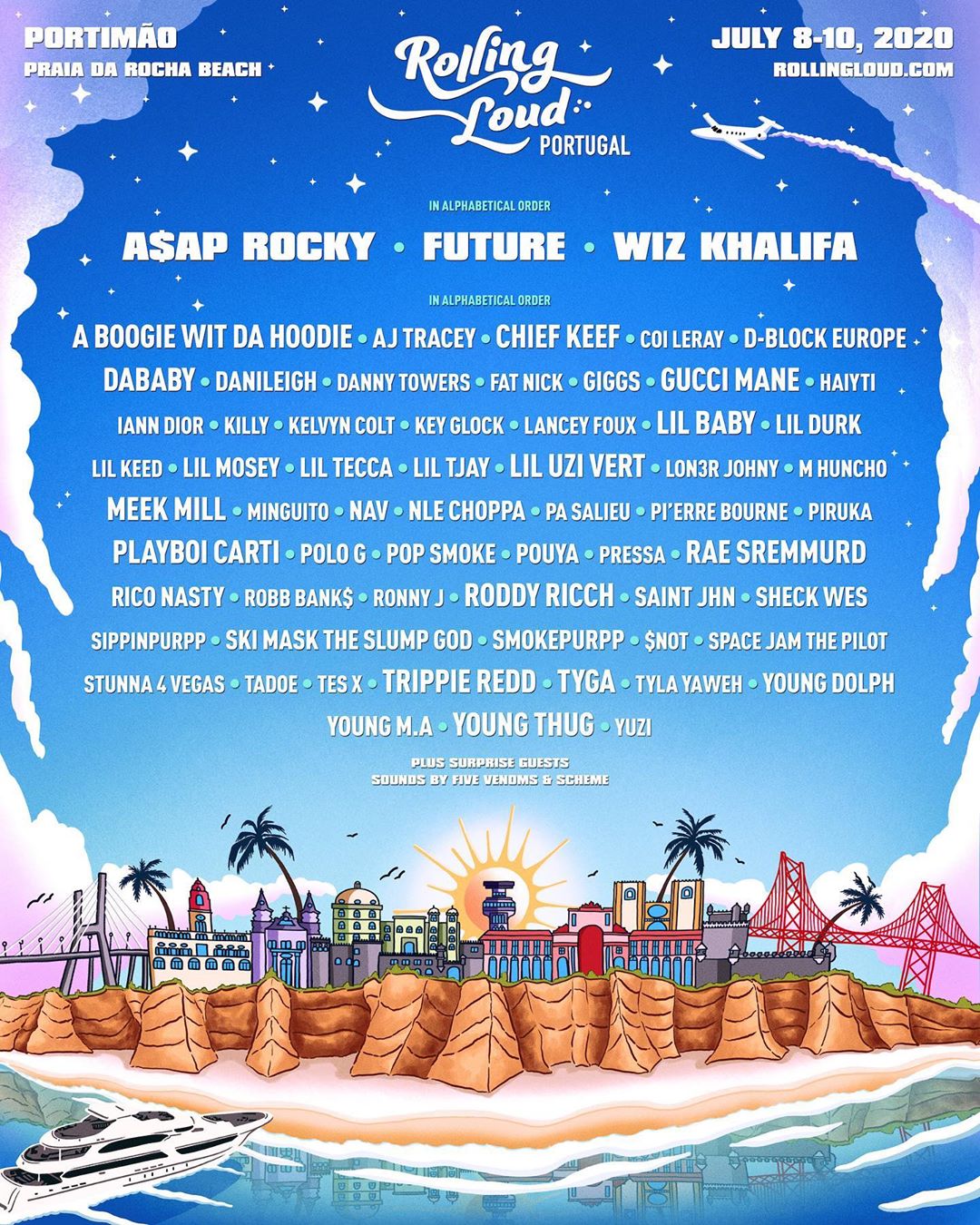 Before jetting across the Atlantic to Portugal, Rolling Loud will host Rolling Loud Miami on May 8th-May 10th. Happening at Hard Rock Stadium in Miami Gardens, Florida, #RL6 promises to be the most extravagant Rolling Loud event to date, with headliners like Post Malone, Travis Scott, and A$AP Rocky, along with an all-star cast of heavy-hitters rounding out the lineup. General admission for Miami 2020 is sold out. Limited GA+ and VIP tickets are still available at Rolling Loud’s website.

Since 2015, Rolling Loud Festival has been a staple in Hip-Hop culture, selling out event after event. With editions in Miami, Sydney, Los Angeles, Oakland, and New York City, Rolling Loud has become an integral part of festival culture and set the bar high for those to follow.  Widely known for attracting crowds in the tens of thousands, the 2019 L.A and New York editions held 50,000 – 60,000 fans per day. Growing bigger each year, their upcoming Miami edition is set to have an incredible 85,000 per-day capacity, proving that the festival’s ambitions has no limits. 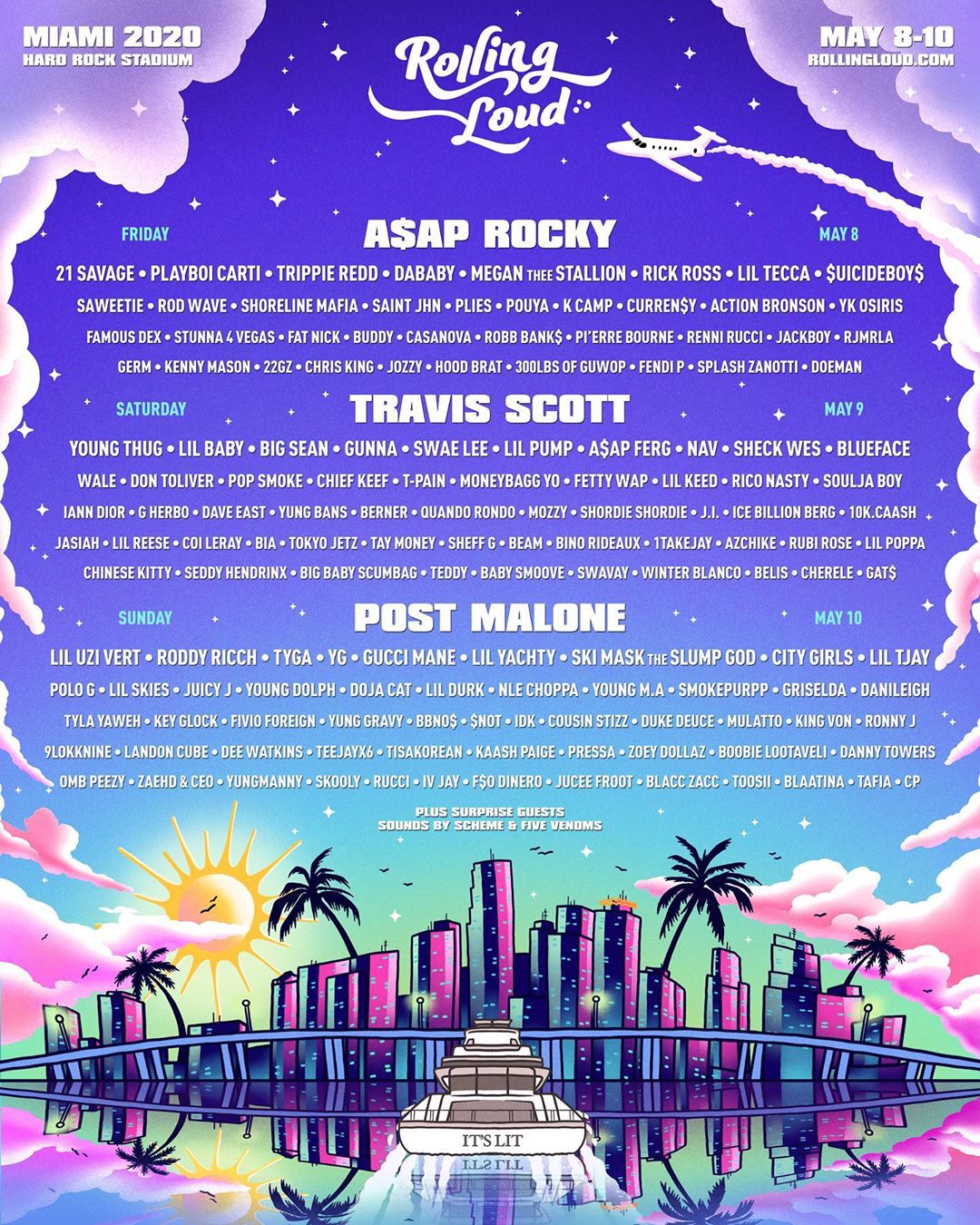 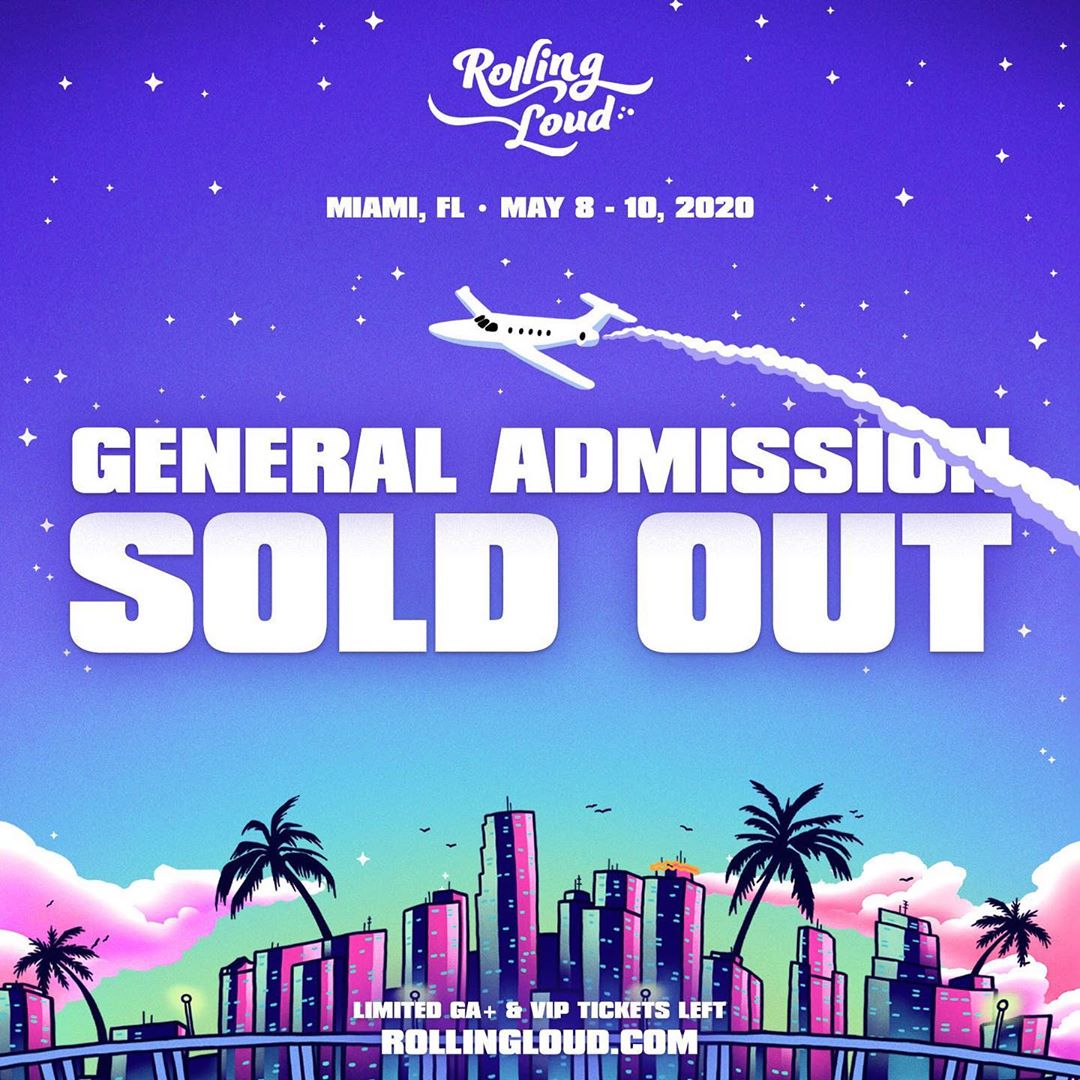 Founded in 2015 by Matt Zingler and Tariq Cherif as a one-day festival in Miami, Rolling Loud evolved into a global behemoth, with massive festivals on both American coasts and international events in Europe and Australia. In October, Rolling Loud hosted the first annual Rolling Loud New York, which boasted one of the brand’s most impressive lineups yet. Rolling Loud is currently preparing for Rolling Loud Miami 2020 (#RL6), occurring May 8th-10th at Hard Rock Stadium, and they recently announced details for Rolling Loud Portugal, their first European festival, happening July 8th-10th in Portimao.