The biggest festival brand in Hip-Hop, Rolling Loud brings together rap fans of all generations. Just ahead of Rolling Loud New York, the festival’s first-ever foray to the genre’s birthplace, Rolling Loud announces a new merch collaboration with Wu-Tang Clan, one of the fest’s headliners. Available exclusively at a pop-up shop in Manhattan’s Lower East Side on October 11th, the new capsule collection will include hoodies, hats, t-shirts, socks, and more in multiple co-branded designs. The most unique item in the collection is a hooded windbreaker. With a throwback. block-letter design that recalls the street fashion of 1993, when Wu-Tang burst onto the scene, the windbreaker boasts a hood lined with 3M reflector tape–in photos taken with flash, the tape will obscure the wearer’s face in a way that evokes the iconic cover of the Clan’s debut album Enter The Wu-Tang: 36 Chambers. Available from 2-6pm at Round Two (113 Stanton St.), the capsule collection will offer a limited run of 150 pieces of each merch item.

Each purchaser of Wu-Tang x Rolling Loud merch also automatically enters a ticket-giveaway contest for the festival this weekend.

The New York installment of Rolling Loud will provide an entirely new festival experience, bringing a curated lineup of champions in addition to experiential activations and premier food and beverage options throughout the festival grounds. GA tickets for Rolling Loud New York are sold out, with limited GA+ and VIP options still available. 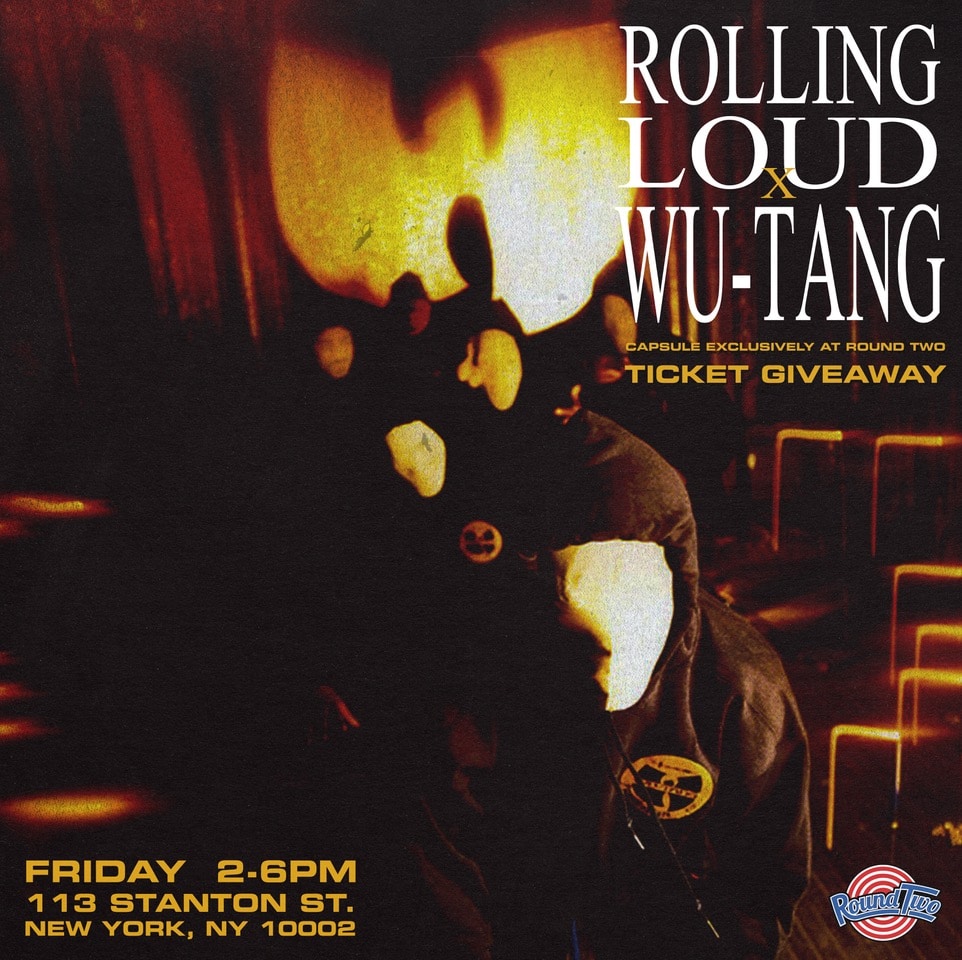 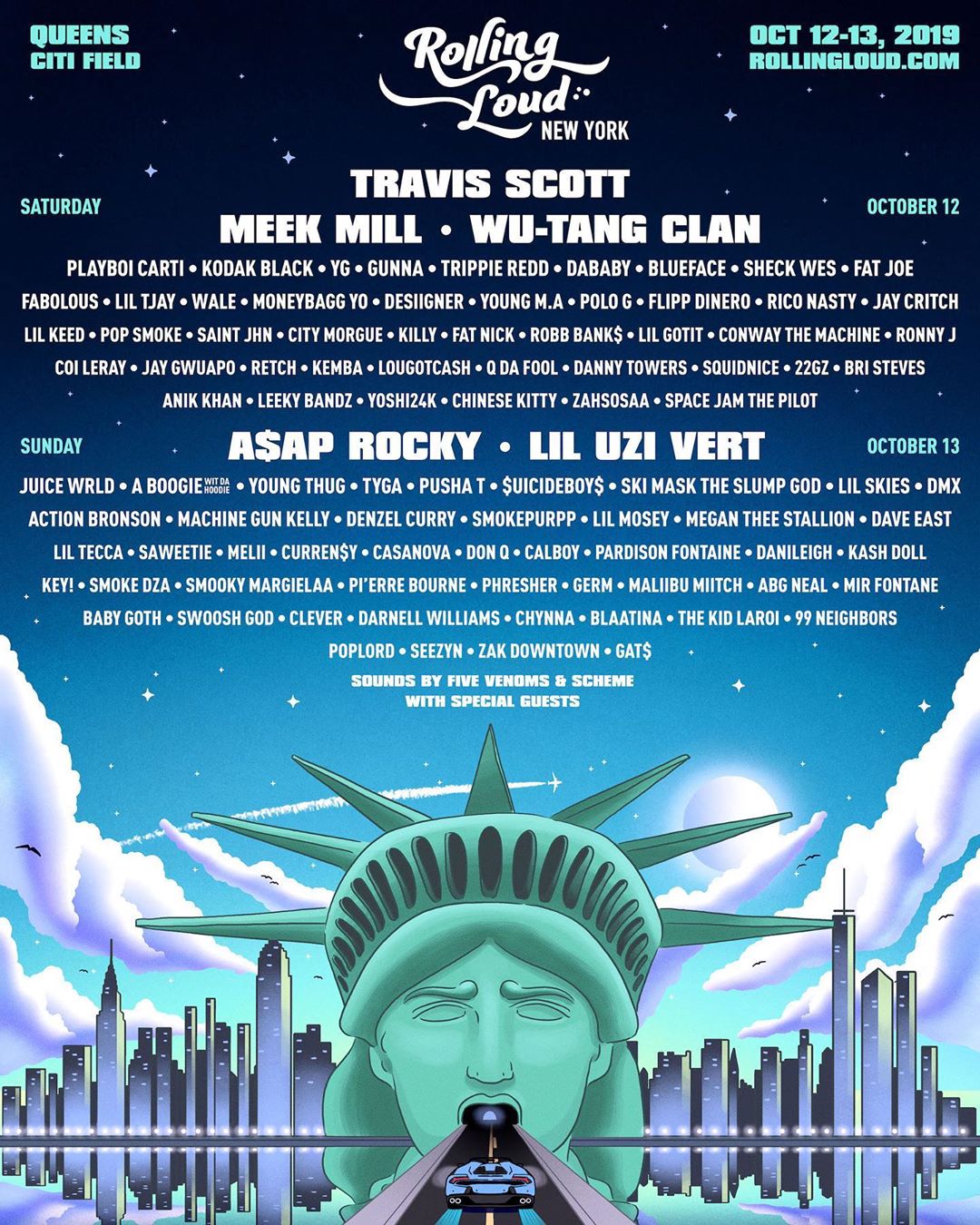