This Weekend’s Festival (July 22-24) is the Biggest Rolling Loud Yet, With Headliners Kid Cudi, Future, and Kendrick Lamar, Plus Three Full Days Worth of Performances From A-Listers, Rising Stars, and Underground Heroes 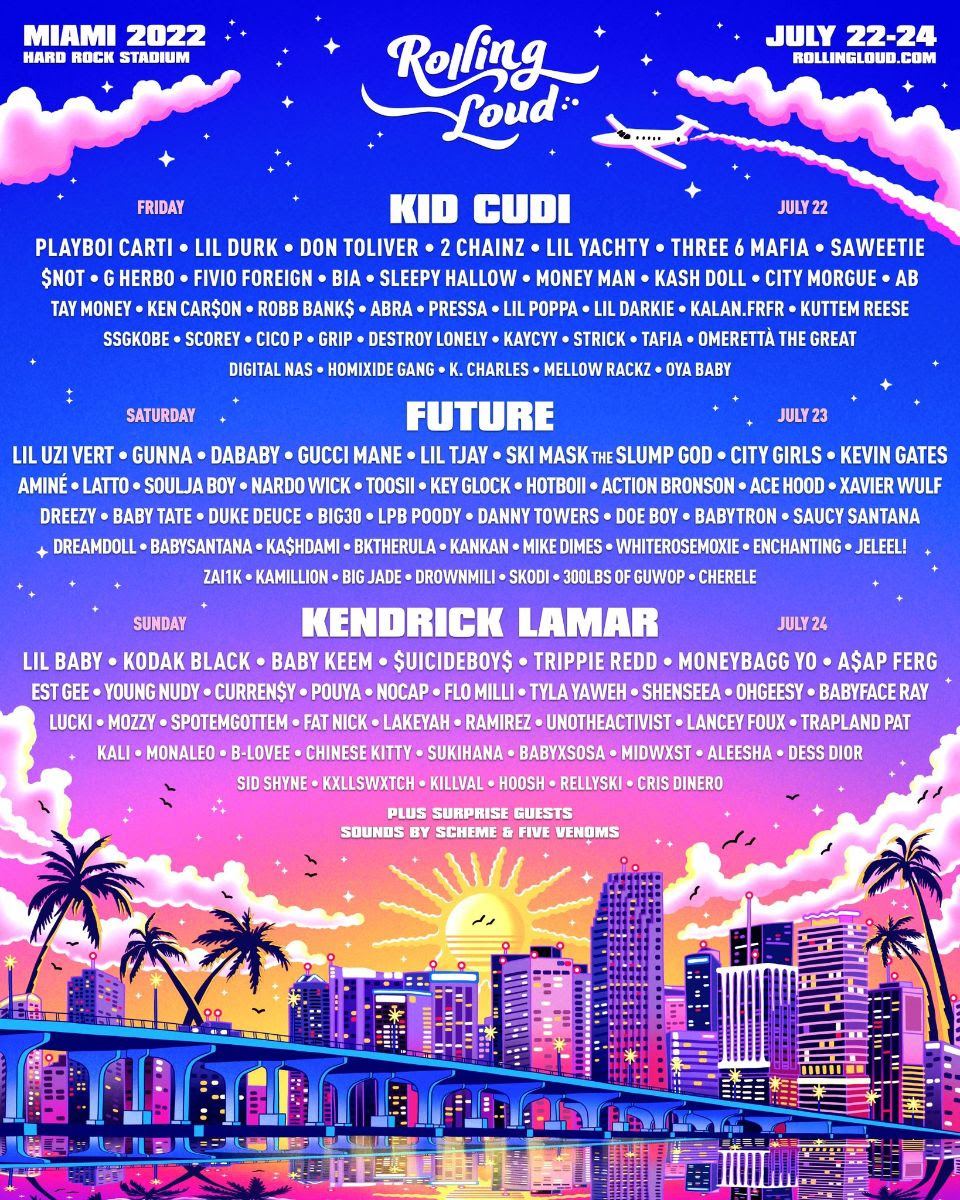 A multi-faceted enterprise with sky high ambitions, Rolling Loud has established itself as a premium brand in rap music and beyond. Today, Rolling Loud announces the details of its Rolling Loud Miami 2022 livestream, airing exclusively on Twitch during the festival. Featuring whip-around coverage of three of the festival’s stages, the Rolling Loud Livestream provides a curated and thrilling presentation of the festival for fans who can’t make it in person. The official Rolling Loud Live Stream airs on all three festival days (July 22-24) starting at 4pm ET. Watch at Twitch.Tv/RollingLoud.

Livestream viewers will be able to watch performances by Future, Lil Durk, Lil Baby, Latto, Trippie Redd, Three 6 Mafia, Gucci Mane, and many of the hottest names in the rap game. The livestream takes advantage of Twitch’s unique interactive elements, once per festival day allowing fans in the chat to vote and choose which set to view. Stay plugged in the chat for even more rewards and interactive opportunities. Rolling Loud’s livestream kicks off each festival day (July 22-24) at 4pm ET. Tune in at Twitch.tv/rollingloud to watch.