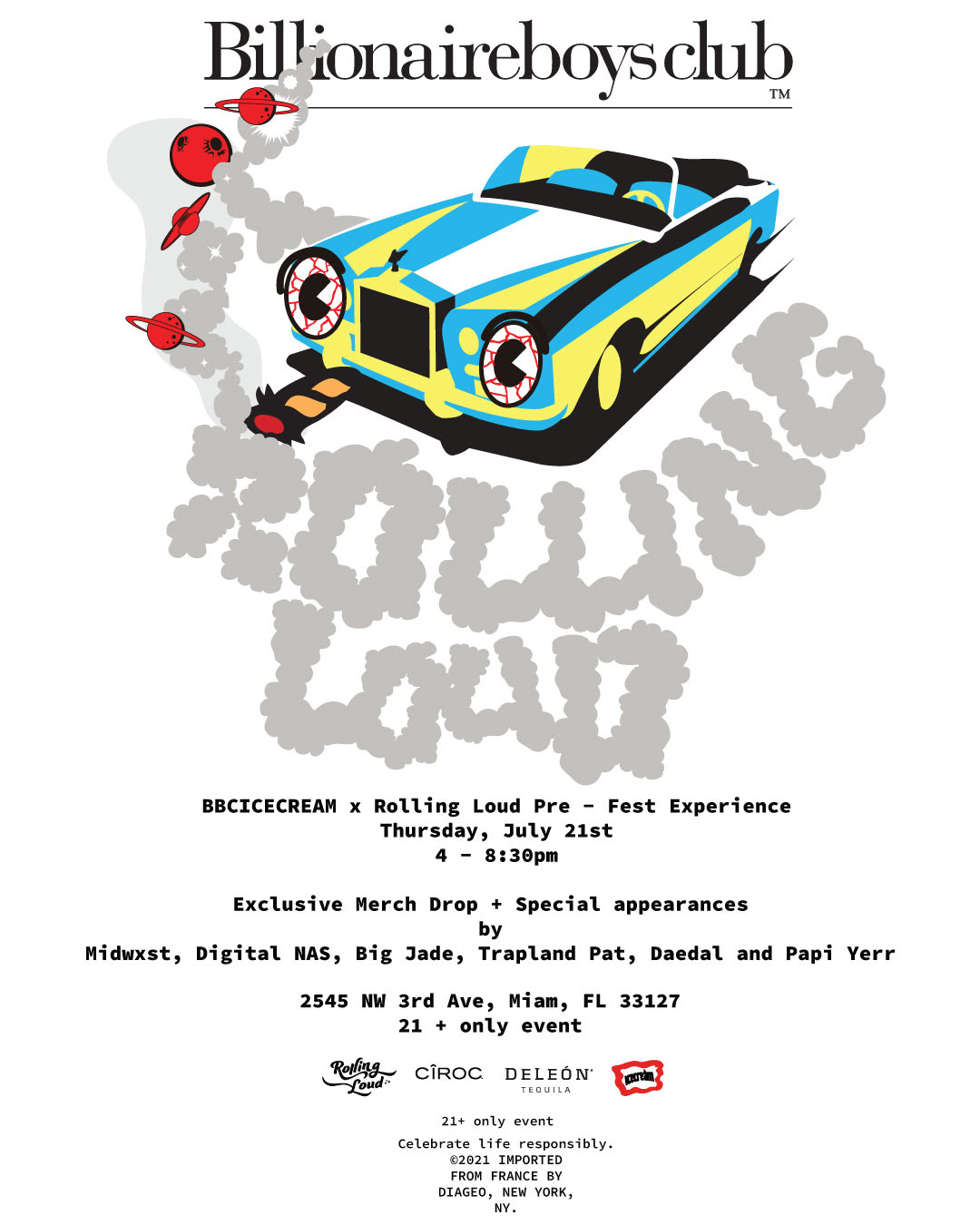 A multi-faceted enterprise with sky high ambitions, Rolling Loud is much more than a music festival. As Rolling Loud Miami 2022 quickly approaches, Rolling Loud announces a new merch collaboration with Billionaire Boys Club, offering an exclusive capsule for Rolling Loud Miami 2022, available on July 21. Continuing the long relationship between the two institutions, the new capsule features Rolling Loud themes injected into classic BBC and ICECREAM graphics, all applied on tees, a hoodie and accessories, including a trucker hat and special edition grinder.

To kick off the capsule launch, BBC ICECREAM and Rolling Loud present a pre-fest experience at the Wynwood, Miami BBC ICECREAM Flagship with special appearances by music artists, Midwxst, Digital Nas, DaeDal, Big Jade, Trapland Pat, and more. The festival occurs on July 21st from 4:30-8pm. Billionaire Boys Club will have a special Diamond & Dollar Section within the CîROC/Deleon GA lounge, complete with prime views of the main stage, air conditioning, refreshments by CîROC & Deleon, and gifting hours throughout the day for all three festival days from Billionaire Boys Club.

Stay tuned for many more updates this week, and check out Rolling Loud on Instagram for all the latest updates. 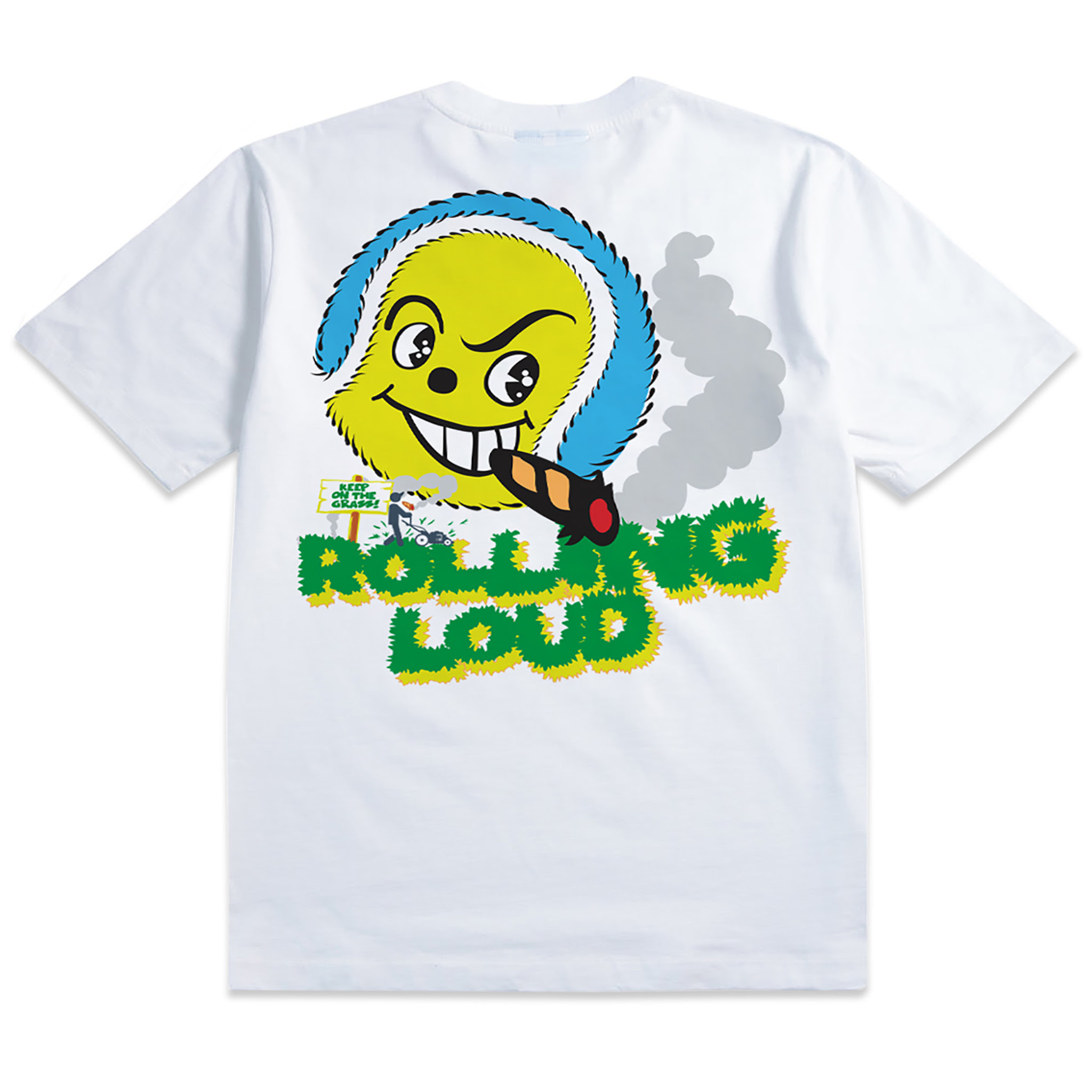 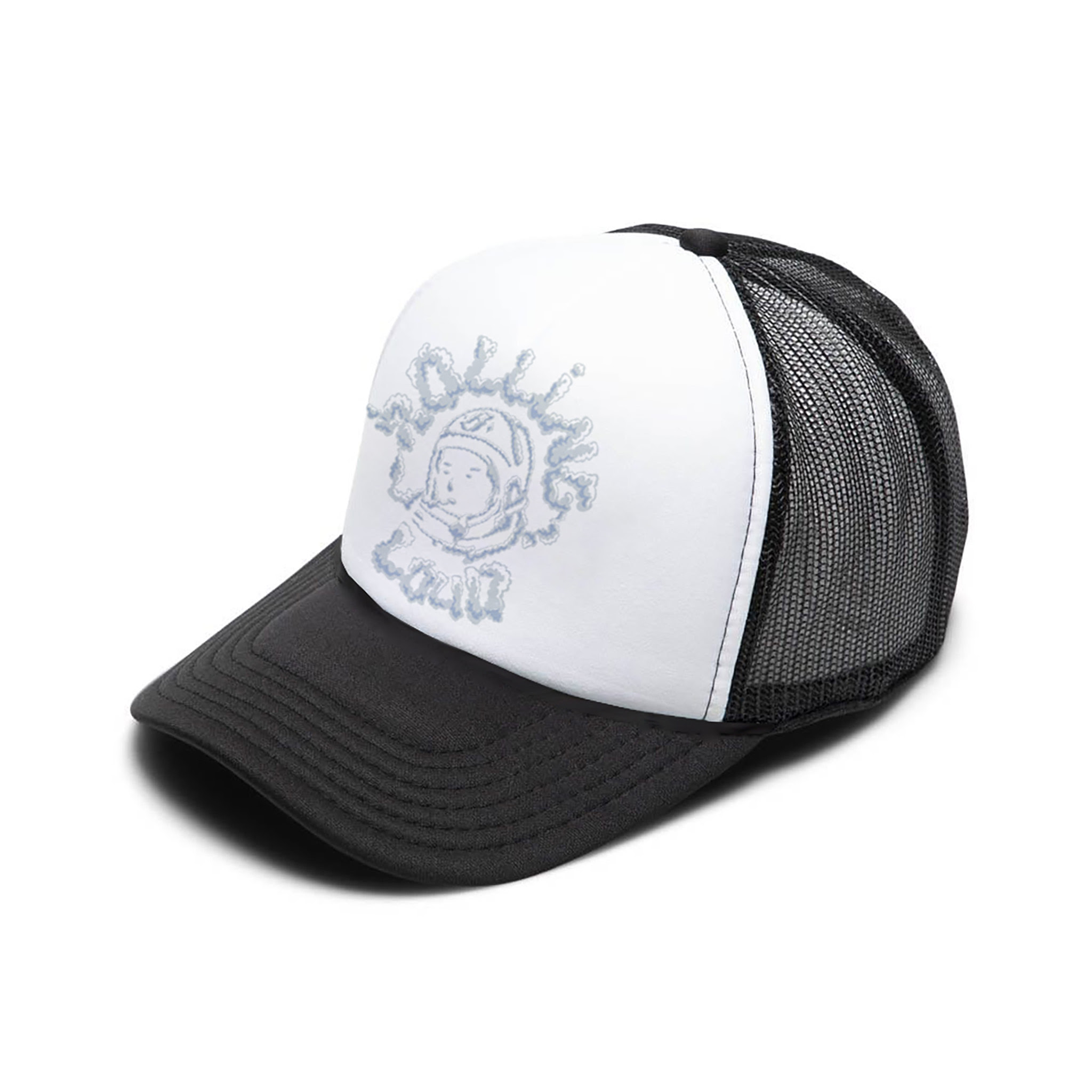 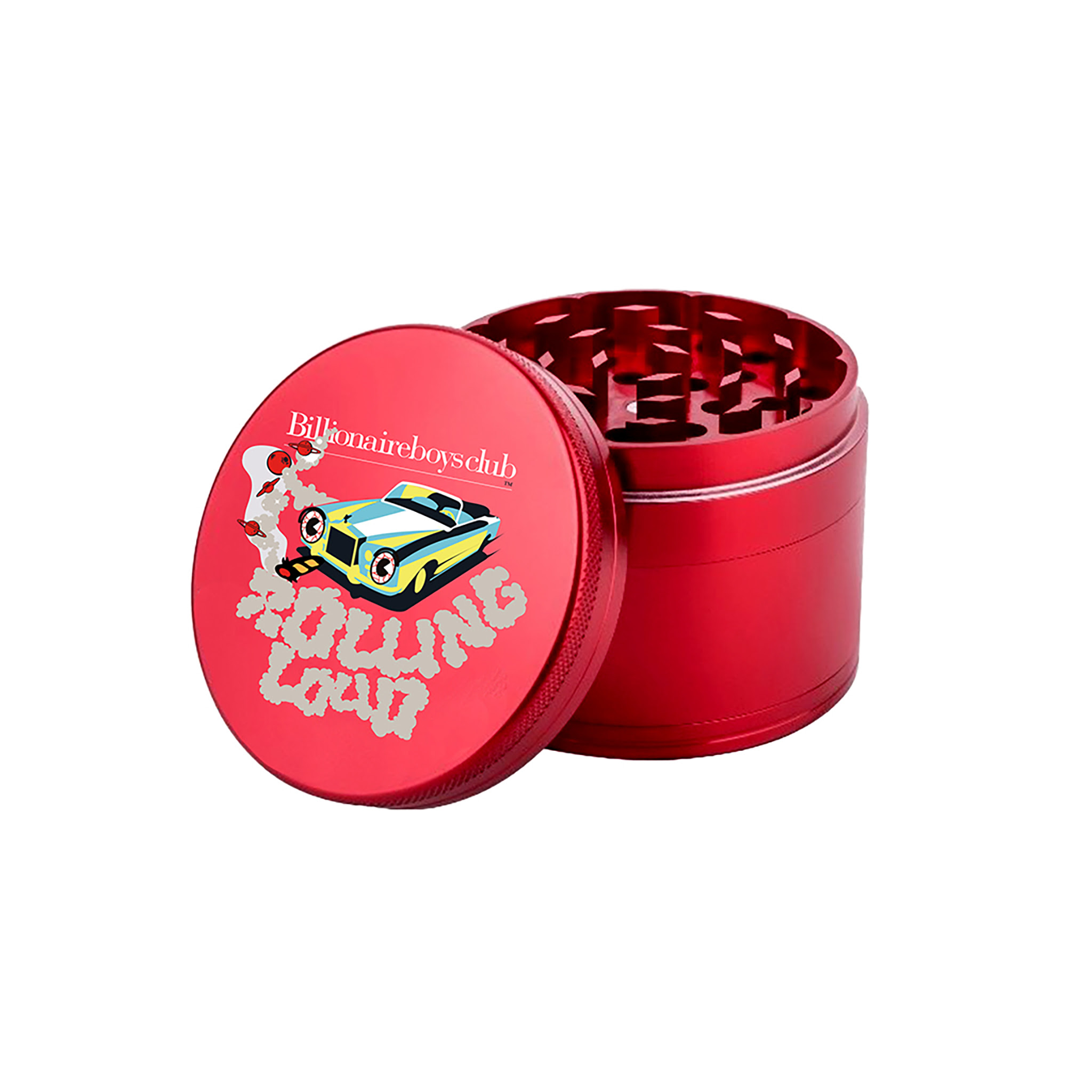 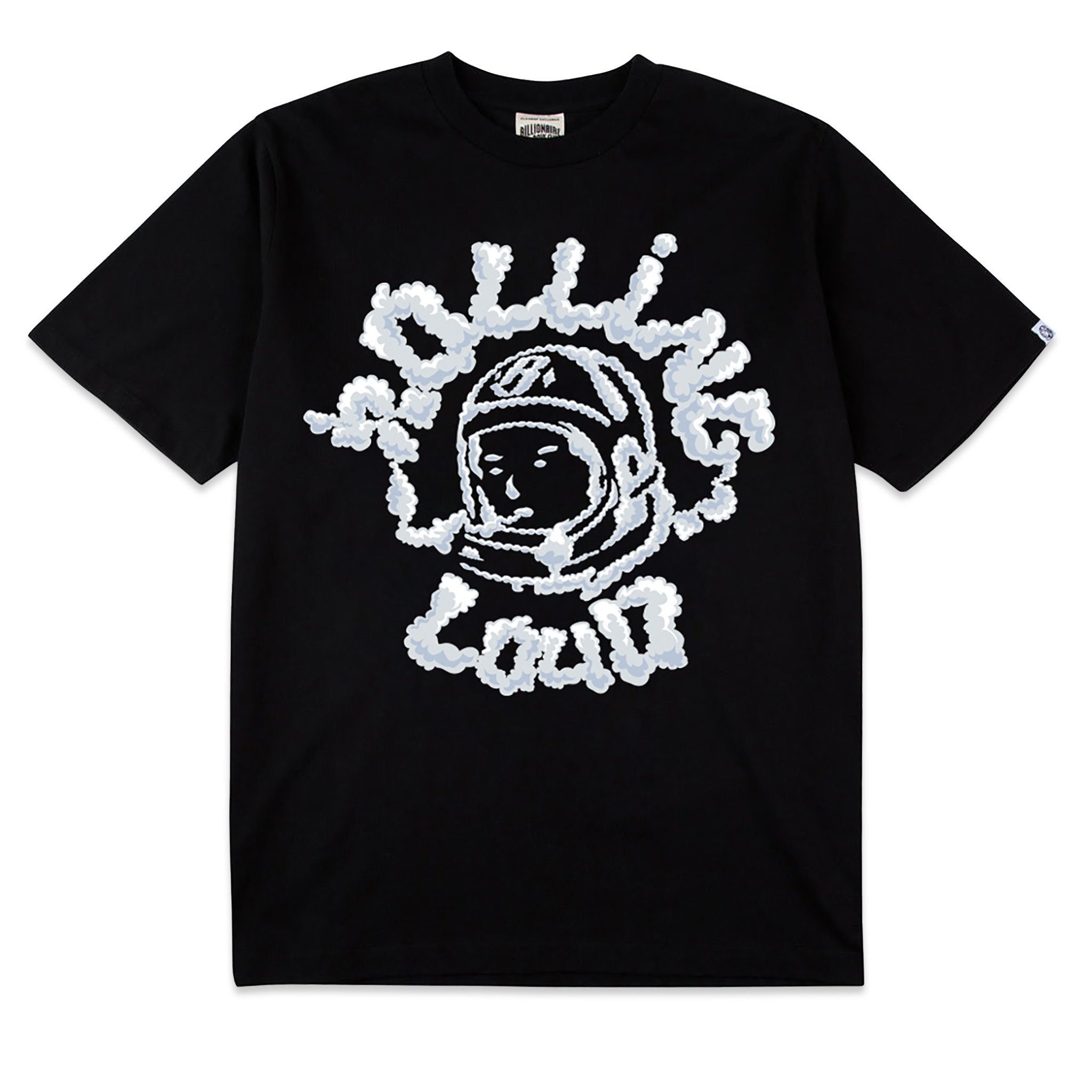 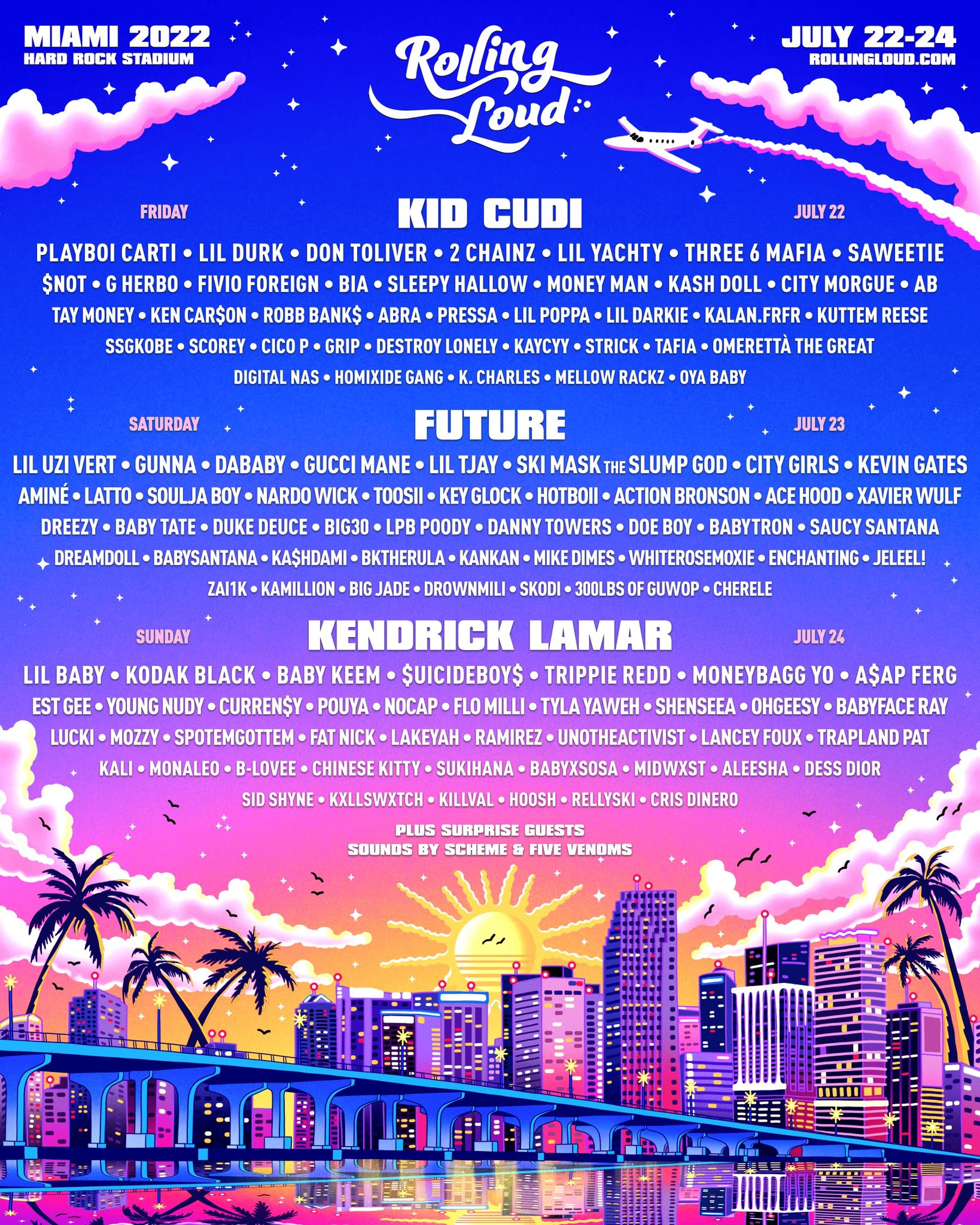 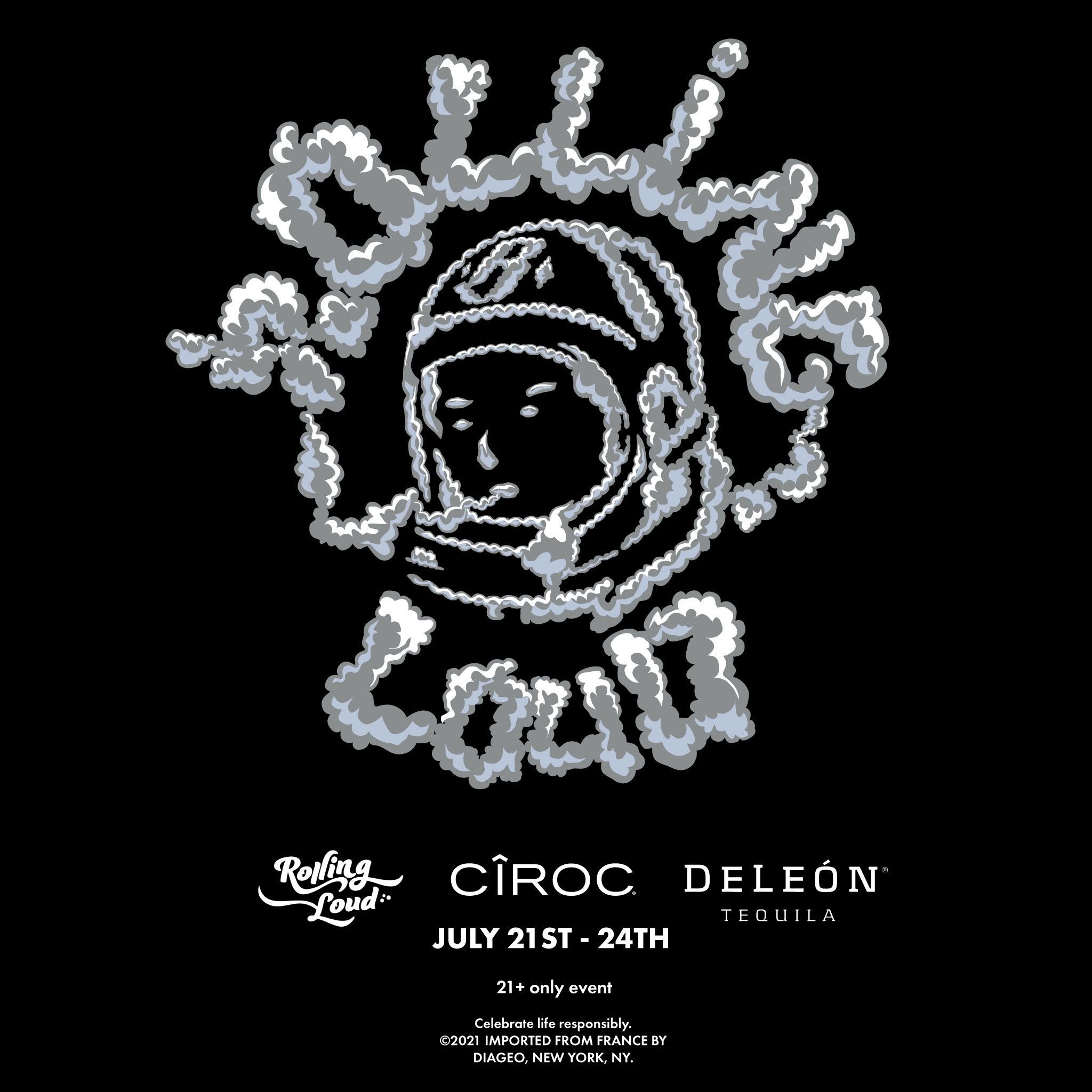 About ROLLING LOUD:
Founded by 5-time Billboard Hip-Hop Power Players Matt Zingler & Tariq Cherif as a one-day Miami show, Rolling Loud has grown into a global festival phenomenon, putting on shows on both coasts and in multiple countries. Rolling Loud is the premier festival brand in hip-hop, known for its expert curation of wide-ranging lineups that reflect the state of the genre.

The festival returned from a 18-month hiatus with the sold out Rolling Loud Miami 2021, its biggest event yet, bringing in over 85,000 fans per day to Hard Rock Stadium in Miami Gardens, FL. With headliners like Post Malone and A$AP Rocky, Rolling Loud Miami 2021 was a triumphant return for live rap music, and a coming out party for risers and new superstars eager to play in front of a festival crowd. Rolling Loud hosts its biggest event to date with Miami 2022 in July, headlined by Kid Cudi, Kendrick Lamar, and Future, before returning to NY and debuting in Toronto in September 2022.