Rolling Loud Festival is proud of its partnership with The Black Music Action Coalition (BMAC), continuing with Rolling Loud Miami 2022, happening at Hard Rock Stadium in Miami, Florida on July 22nd to July 24th. Together, BMAC and Rolling Loud prioritize activism, community, and awareness of social justice issues with a series of panel discussions, fundraising initiatives, and more, continuing their mission to fight against all forms of discrimination and inspire the community to be the change they want to see in the world. The Miami partnership continues a relationship with BMAC and Rolling Loud that started at December’s Rolling Loud California.

“Black Music Action Coalition is committed to creating pipelines and access for the next generation of Black artists, industry leaders and change agents. Our presence at the Rolling Loud Festivals shows our young people that their voices are being heard and there’s people who are actively working to level the playing field. We believe they are the generation that will force this country to live up to its promise. Hip-Hop is a global force that has proven to have the power to bring people together and to force change, and with Rolling Loud being the biggest Hip-Hop Festival in the world, we thank Matt and Tariq, who is a member of BMAC’s ELC, for their partnership so we can keep the call for social and racial justice on the forefront. From Rap On Trial to the execution of Jayland Walker, we need this generation to be active in policy making and everyone must use their influence, resources and power to move past the conversation into real action and change.” – Prophet, co-founder/co-chair of BMAC

Rolling Loud and Black Music Action Coalition will host a panel discussion on the Rolling Loud Livestream featuring industry thought leaders, activists, and musicians who have used their platforms to advocate for change. With panelists including BMAC ELC members Amina Diop (former manager of Young Thug) and Attorney Vince Philips (attorney for NBA Youngboy), plus more to be announced, the panel will discuss issues around BMAC’s federal legislation proposal to prohibit the use of rap lyrics to prosecute cases. Rolling Loud and BMAC look to foster an environment where fans can express themselves, explore new ideas, and advocate for whatever they believe in. The Rolling Loud Livestream airs each festival day at Twitch.tv/RollingLoud.

“Rolling Loud is proud of our continuing partnership with the Black Music Action Coalition. Our partnership helps BMAC keep the fight for racial and social justice alive and encourages artists and fans to stand up for what they believe in. Rolling Loud, like hip-hop, is rooted in community, and we hope that all members of the Rolling Loud community do their part.” – Tariq Cherif, Co-Founder/CEO of Rolling Loud 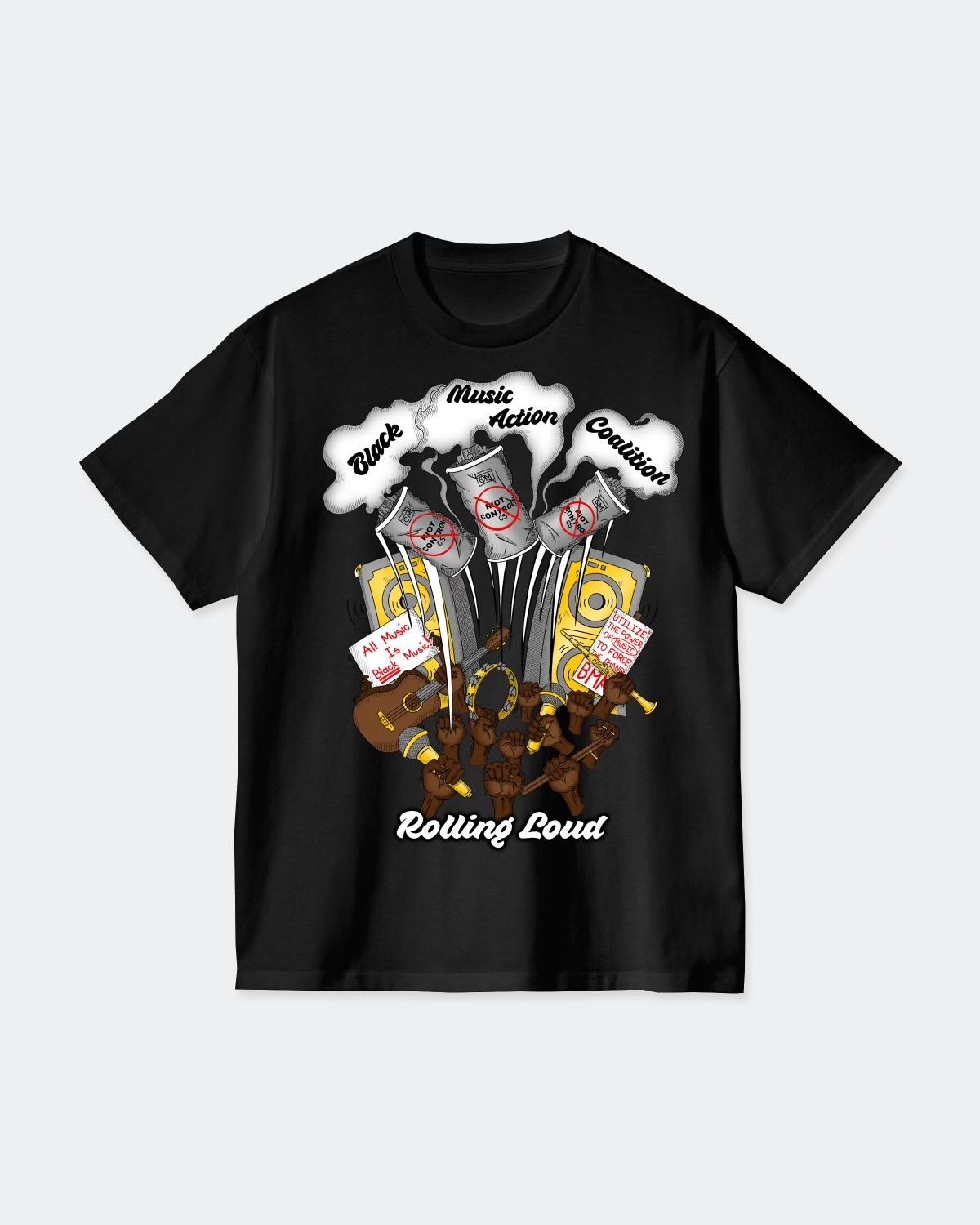 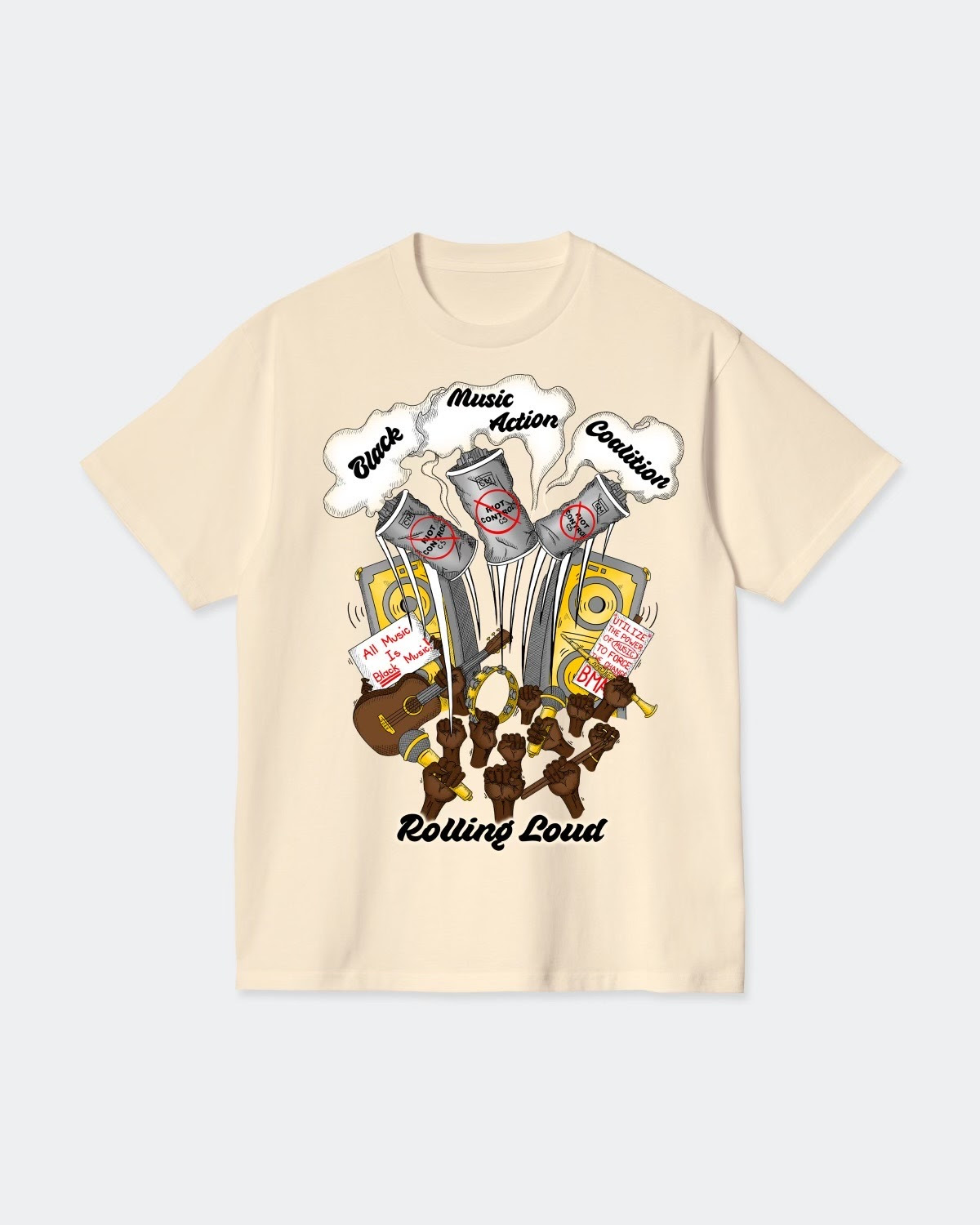 About ROLLING LOUD:
Founded by 5-time Billboard Hip-Hop Power Players Matt Zingler & Tariq Cherif as a one-day Miami show, Rolling Loud has grown into a global festival phenomenon, putting on shows on both coasts and in multiple countries. Rolling Loud is the premier festival brand in hip-hop, known for its expert curation of wide-ranging lineups that reflect the state of the genre.

The festival returned from a 18-month hiatus with the sold out Rolling Loud Miami 2021, its biggest event yet, bringing in over 85,000 fans per day to Hard Rock Stadium in Miami Gardens, FL. With headliners like Post Malone and A$AP Rocky, Rolling Loud Miami 2021 was a triumphant return for live rap music, and a coming out party for risers and new superstars eager to play in front of a festival crowd. Rolling Loud hosts its biggest event to date with Miami 2022 in July, headlined by Kid Cudi, Kendrick Lamar, and Future, before returning to NY and debuting in Toronto in September 2022.

About BLACK MUSIC ACTION COALITION:
Tuesday June 2, 2020, the music industry went silent for one day to join the fight for equality as part of #BlackOutTuesday…the day the show paused!. This movement spread beyond the business and inspired tens of millions worldwide to follow suit. Galvanized by this historic moment, close to 200 preeminent artist managers, attorneys, business managers, agents and other industry executives signed up to join forces, instituting and introducing the first-ever BLACK MUSIC ACTION COALITION.

Together, these individuals form one common voice, representing the interests of artists, producers, songwriters, and executives.

This illustrious cadre of industry heavyweights notably represents artists who comprise a majority of the industry’s revenue.

This advocacy organization endeavors to uphold and actualize the mission of Black Lives Matter in the music industry and reach racial justice not just across labels, publishers, agencies, distributors, and DSP’s but throughout society at large. BMAC works together with leaders from various business leaders to hold their companies accountable and implement a system of checks and balances to ensure change takes root. The group fosters and shepherds various educational, mental health, financial literacy, entrepreneurship, policing, social justice, and political causes that directly impact Black communities. In 2021, the BMAC released the first annual Music Industry Action report card that measured and assessed the music industry’s progress toward achieving racial justice and equity. To commemorate the report card, BMAC also held the inaugural Music In Action Awards Gala to honor musicians, activists and industry professionals who have used their platforms to enact change within the music industry and broader society.. The Weeknd, H.E.R., Ethiopia Habtemariam Ben Crump and more were honored for their contributions to change.