Headliners Cardi B and Stormzy Announced, Plus Dozens of Names for the Expanded Festival 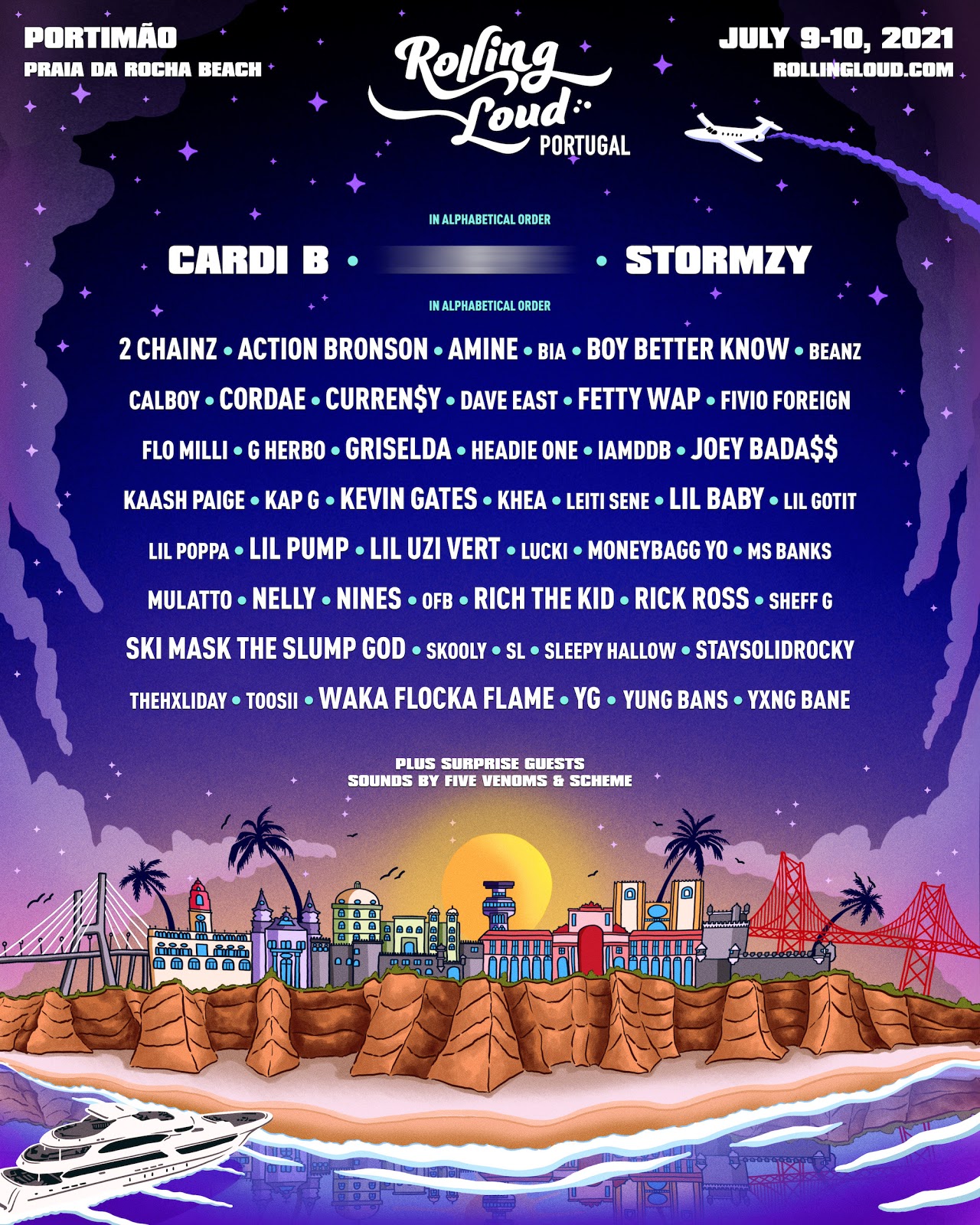 After selling out shows on both U.S. coasts, Rolling Loud is ready to take this party global. With over 55,000 fans daily turning up in a big way next summer, Rolling Loud Portugal is now ready to up the ante even more, with news of a brand new two-day festival experience joining the sold-out celebrations and coming together for a total of five days of non-stop hip-hop on The Algarve next summer.

For Rolling Loud Portugal festival-goers who have already grabbed their tickets for the three-day festival between July 6th-8th 2021, a limited number of full five-day “Rolling Loud Experience” tickets are available now, with fans encouraged to keep an eye on their email inboxes for full upgrade details to extend their huge summer party before anyone else.

Pre-sale tickets for Rolling Loud Portugal (July 9th-10th, 2021) are on sale from 9am BST on Thursday September 10th, with General Sale tickets then available from 9am BST on Friday September 11th. Those looking to gain first access to tickets are encouraged to sign-up today via Rolling Loud Portugal’s official website. With full five-day, two-day and day tickets on sale – there’s no excuse to miss out on Rolling Loud’s European debut next summer.
https://www.rollingloudportugal.com/

Combine the massive headliners with the picturesque location and Rolling Loud’s trendsetting taste, and you have the ingredients for the biggest and brightest hip-hop celebration that Europe has ever seen.

Founded in 2015 as a single-day festival in Miami by Matt Zingler and Tariq Cherif, Rolling Loud has become a leading cultural voice – serving up sold out festival weekends across the US. With editions in Miami, Sydney, Los Angeles, Oakland, and New York City, Rolling Loud has become an integral part of festival culture and set the bar high for those to follow.  Widely known for attracting crowds in the tens of thousands, the 2019 L.A and New York editions held 50,000 – 60,000 fans per day. A must for all fans looking to catch their favorites and more, and with more names and surprises still to be announced, Rolling Loud Portugal promises to be an unforgettable first entry into the European market.

The additional Rolling Loud Portugal 2021 program takes place between July 9th-10th 2021, with a separate ticket needed in order to access the site during these days

Founded in 2015 by Matt Zingler and Tariq Cherif as a one-day festival in Miami, Rolling Loud evolved into a global behemoth, with massive festivals on both American coasts and international events in Europe and Australia. In October 2019, Rolling Loud hosted the first annual Rolling Loud New York, which boasted one of the brand’s most impressive lineups yet, and in December, it drew 65,000 fans per day to Banc of California Stadium for Rolling Loud Los Angeles.