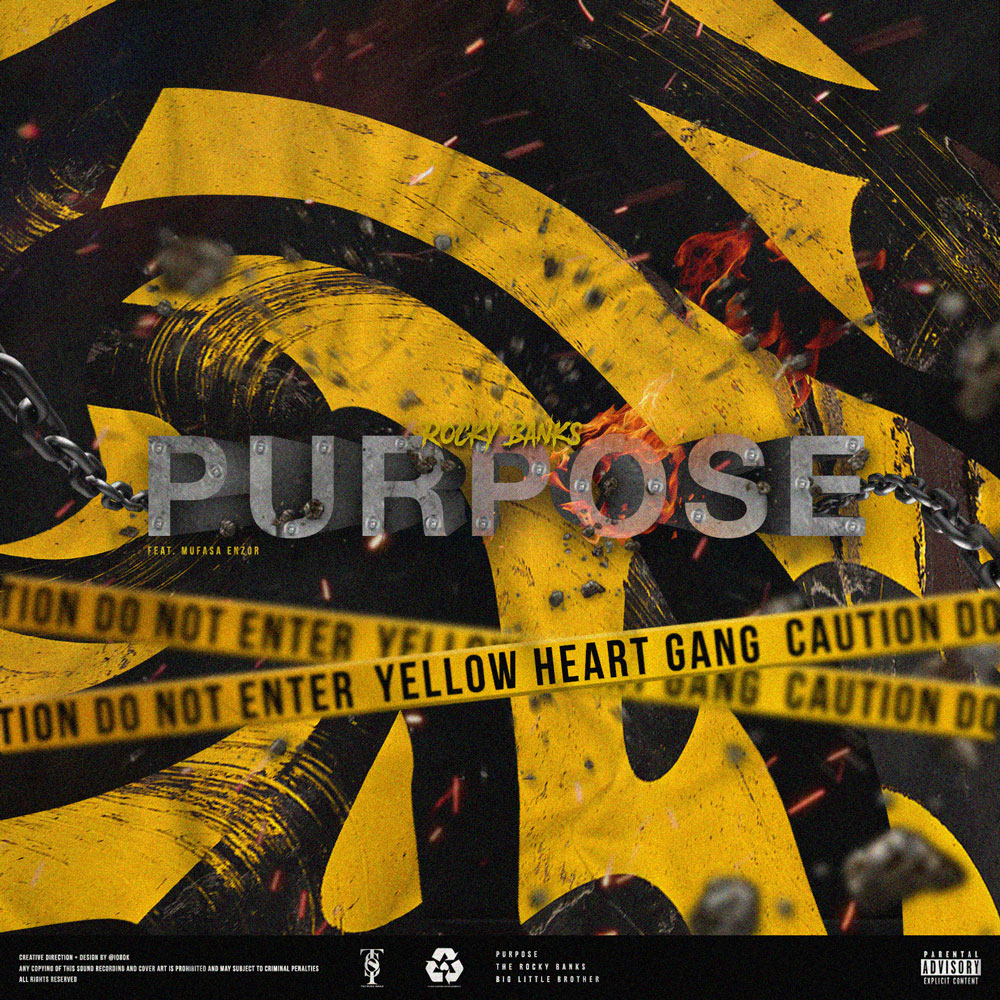 Sharing his innermost thoughts over innovative instrumentals, Houston’s Rocky Banks raps with stark honesty about his personal life. Rapping over clanging metal and chiming vibes, Rocky takes a break from confession to flex on his superlative rhyming skills on “Purpose,” his latest single. In the new single, Rocky expresses his need for rapping and his deep feeling that he was put on Earth to make music. Featuring an appearance from Mufasa Enzor, who also produced the track, “Purpose” is an addictive head-nodder, perfect for headphone listening. Premiered by GoodMusicAllDay, “Purpose” is the latest single from Big Little Brother, which tells the story of Rocky’s life as a rising rapper and a recovering drug addict. Featuring appearances from Ripp Flamez, LVFromCle, Mufasa Enzor, Big Brandon Willis and Tiara Jewel, Big Little Brother releases on February 5th,

Born and raised in Houston, Texas, Rocky Banks was a promising student and young artist, impressing with his speech and spoken word and drawing the attention of local artists like Dice Soho. In high school, Rocky started to struggle with drug addiction, alienating him from his family and his school. Banks hit rock bottom when he nearly overdosed on methamphetamine–his near death experience helped Rocky kick drugs and embrace his new lease on life. Banks used his art to break out of his stupor, devoting his life to his music. He began to see the fruits of his labor in 2015, when he released his debut full-length In Other News I Don’t Do Drugs Anymore, which earned the rapper coverage in The FADER, HipHopDX, Revolt, and more. In early 2017, Banks released Trust In Banko, his second project, which pulled in over 60,000 hits on LiveMixtapes and established the young Houston rapper as an artist to watch. Earlier this month, Rocky shared the creative “Through The Phone” video via HipHopDX, and released the EARMILK-premiered “Tony Hawk.” With Big Little Brother set to release in February, Rocky is poised for a monster 2018. Rakeem Ishmauel Mahammad Williams (born on February 19, 1994), better known by his stage name Rocky Banks, is an American alternative Hip-Hop music artist from Houston, TX. Banks began to gain recognition following the late 2015/early 2016 release of his first solo album, In Other News I Don’t Do Drugs Anymore, which first introduced the artist’s personal hardships and his acceptance of drug addiction. Following the release of this project, Banks received cosigns from The Fader, Hip-Hop DX, Los Angles Leakers, & Revolt TV. In early 2017, Banks return with a sophomore project titled Trust In Banko, pulling in over 60,000 hits on Livemixtapes. His next album Big Little Brother releases on February 5th, 2018.