With Nearly 3 Million Plays on Spotify, the Acclaimed Highlight From Last Summer’s Father Figure Album Receives the Video It Deserves, Premiered by Stereogum

A gentle giant with a smooth singing voice and a curious mind, Rexx Life Raj is one of the most insightful and melodic songwriters in hip-hop. An existential rumination on the role of modern-day technology that doubles as a breezy, acoustic guitar-laden piece of ear candy produced by JULiA LEWiS, “Handheld GPS“ is one of the best examples of what Rexx Life Raj can do. Originally released last May, Pitchfork praised “Handheld GPS,” saying “Raj has the charisma to become known outside Northern California.” The Bay Area native is finally releasing the video for “Handheld GPS,” complete with doodle animations and gorgeous views of El Capitan and Half-Dome at Yosemite National Park. Premiered by Stereogum, the visual shows Rexx Life Raj isolating himself from both technology and his peers, escaping deep into nature to grow more in touch with his true self. “Handheld GPS” is a highlight from last June’s Father Figure, Raj’s latest album, which NOISEY enthusiastically praised as “Accessible, relatable, and deftly political” and recommended it to “anyone who likes breathing and/or good music.”

Rexx Life Raj explains the concept behind the video: “‘Handheld GPS’ is one of my favorite songs I’ve ever made. We wanted the visual to have the same feeling as the audio. It was only right for squad to mob to Yosemite to get that done. The song speaks to how we have the world in our palms and yet we’re still lost and confused. Everybody is searching. That search is different for each individual. That’s what we wanted to get across, and Yosemite seemed the most fitting place to do that. This song is for anyone who feels like they’re still figuring it out. Know you aren’t the only one. Godspeed.”

The son of a Black Panther and a former athlete in Boise State’s Division I football program, Rexx Life Raj was the first of his family to graduate from college. With the ability to seamlessly shift from rapping his ass off to singing his heart out, Rexx Life Raj has become one of the most popular and acclaimed artists in the new Bay Area. In the past year, he earned glowing press coverage from Billboard, Pigeons & Planes, Pitchfork, Noisey, and XXL, among others, grew his Spotify profile to over 428,000 monthly listeners, and earned the cover spot on Spotify’s Mellow Bars playlist, which has over 418,000 subscribers. Following the release of his debut album Father Figure, Rexx Life Raj garnered co-signs from the likes of Pharrell, G-Eazy, Russ, who he collaborated with on the recent single “Take It All In,” and Nef The Pharaoh, who joined Rexx Life Raj on drug anthem “Moxie Java.” As he said to East Bay Express in a feature story last year, “I look at music as an opportunity to spread both wisdom and knowledge to the youth. A lot of times, artists get caught up in what sounds good, and in the process they end up feeding people — mostly kids — a lot of bullshit. I don’t want to make the same mistake.” Fans can catch Rexx Life Raj on tour now with Mr. Carmack.

Check out the Stereogum premiere: http://www.stereogum.com/1933158/rexx-life-raj-handheld-gps-video/video/ 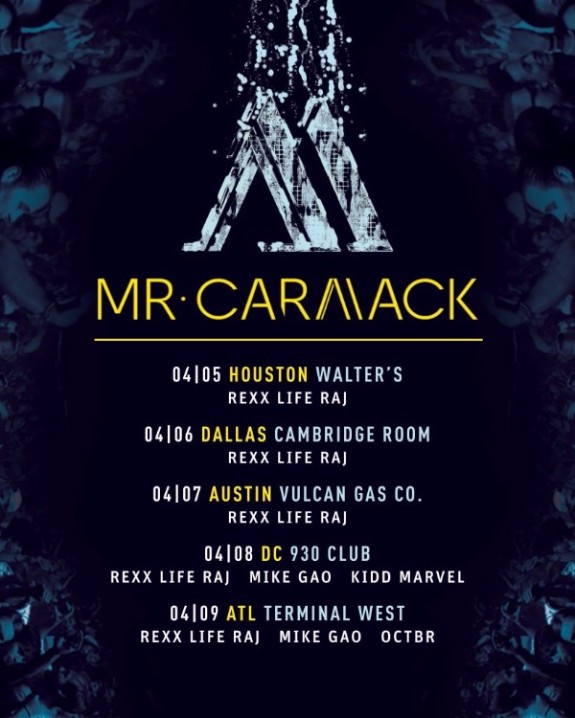