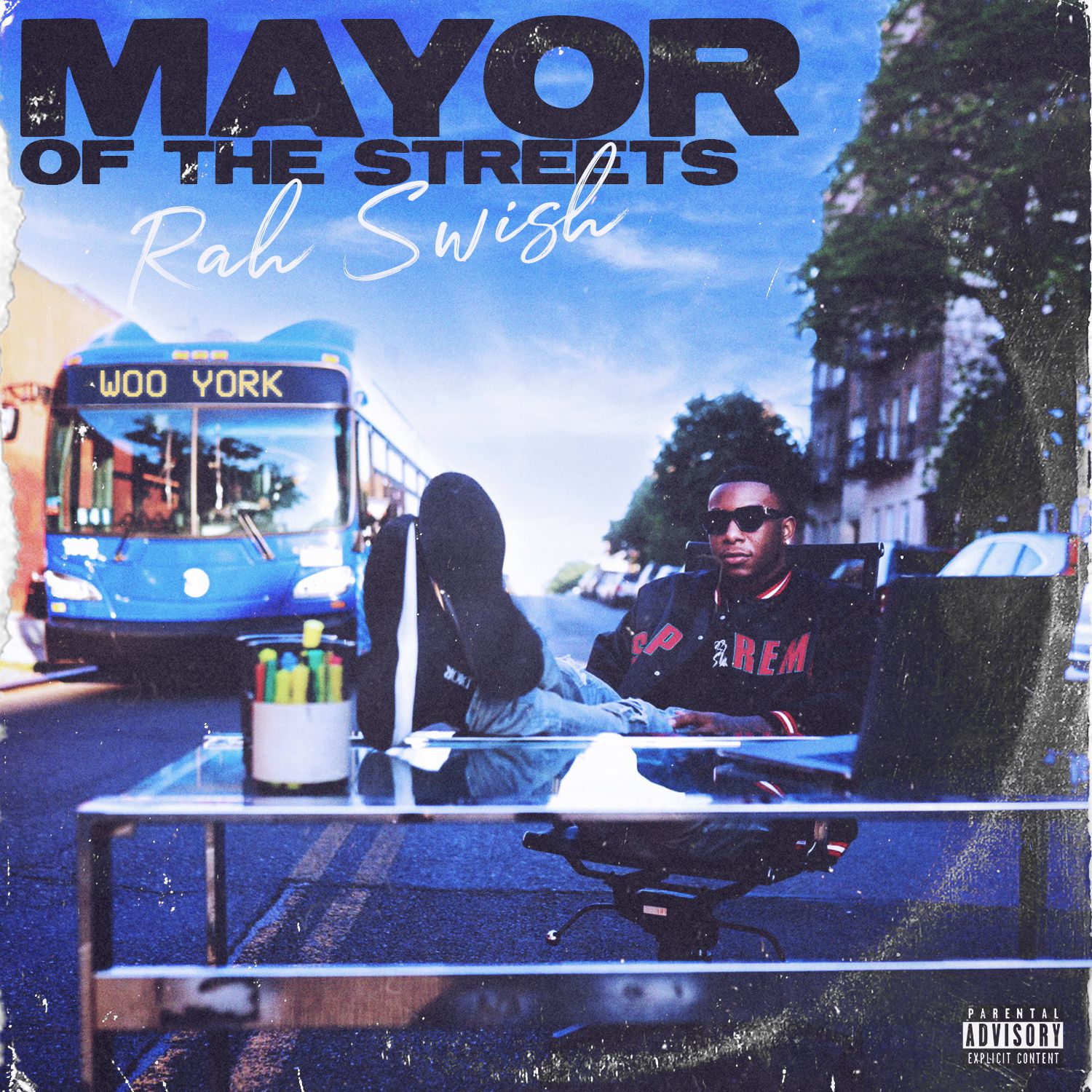 Effortlessly projecting confidence and cool, Canarsie rapper Rah Swish lives the life of a young boss. Providing a perfect introduction into his world, the WOO Ent. rapper shares “TRENDING TOPICS,” a new music video. The introductory track of his new project MAYOR OF THE STREETS, “TRENDING TOPICS” gives a birds-eye view of what makes Rah Swish tick–he’s hot on the block and he knows it: “I’m the trending topic/My n****s know I got ’em.” In the video, directed by GucciTutz, Rah and his crew ball out in a Brooklyn bowling alley, as the camera illustrates his lyrics with grainy video clips and images from Twitter and Instagram.

Crackling and action-packed, MAYOR OF THE STREETS proves that Rah Swish is one of NYC’s most charismatic emcees. He projects a supernatural aura of confidence with his nimble flows and energetic ad-libs. The Canarsie native peppers his rhymes with references to songs by previous NYC superstars like Jay-Z and 50 Cent, signaling his intentions to become the Big Apple’s top dog. The new project is home to recent singles like “WOO IT AGAIN,” a Trackmasters-produced banger that evokes the sludgy proto-metal of Black Sabbath (1.7 million views), as well as WOO anthems like WOO BACK,” and “WARM UPS.” Featuring appearances from Smokepurpp, Ron Suno, and more, MAYOR OF THE STREETS is available everywhere via WOO Entertainment / EMPIRE.

Born and raised on the same Canarsie streets that birthed his close friend and WOO associate Pop Smoke, Rah Swish is a prominent pillar of the city’s ascendant drill scene. Rah made a splash last year with his WOO Forever project, home to street hits like “Feel Like Pop,” “Tongue Out (Treeshin’ 2),” and “WOO Forever,“ WOO Forever proved that Rah Swish is more than capable of keeping the WOO alive. The rapper turned heads later in the year with the Aaliyah-sampling “Watchu Like,” a sultry collaboration with Bronx rapper Dream Doll, racking up over 2.7 million YouTube views. Earlier this month, Rah and his close friend Ron Suno starred in  BK Juice, an action-packed short film based on the 1992 classic Juice, starring Omar Epps and 2Pac.

A bruiser with a take-no-prisoners attitude and a charm that the ladies love, Rah is aiming to take his campaign from local to national. Mark your ballots accordingly.

Buy/Stream MAYOR OF THE STREETS: https://music.empi.re/mayorofthestreets

MAYOR OF THE STREETS: https://music.empi.re/mayorofthestreets