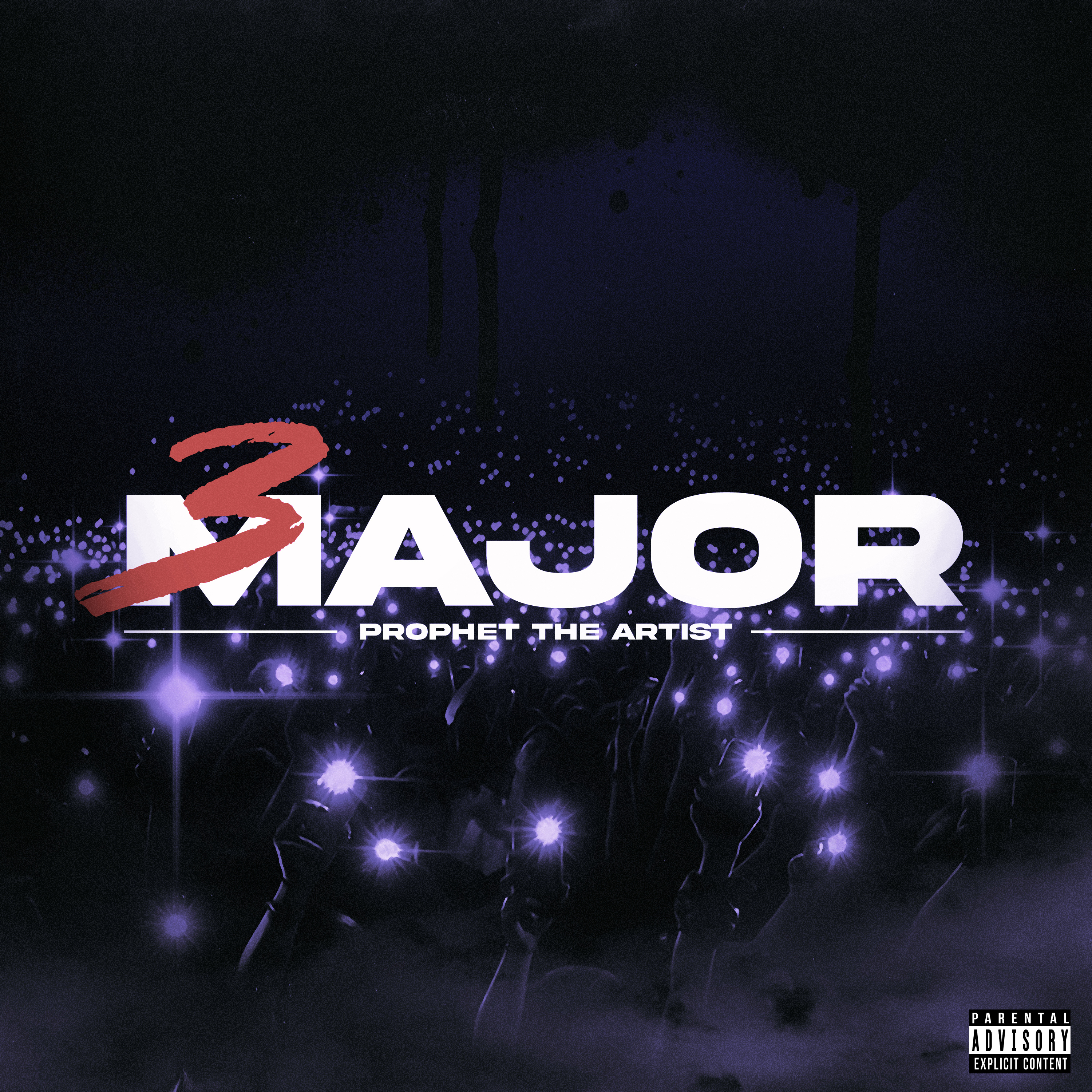 Putting on for an often overlooked city, Newark’s own Prophet The Artist is a hard-nosed dark horse ready to take the game by storm. Exhibiting his ability to master any style he tries his hand at, the Rostrum Records signee drops off his new 3-part single, 3 Major. The trio of tracks demonstrates Prophet’s undeniable versatility. On “Where 6 At,” Prophet flexes and flows like an open floodgate over a vintage Southern trap instrumental, while “Never Gon Stop” combines melodic chops with lyrical introspection on an acoustic guitar beat. Though the Icewear Vezzo-assisted “On My Sh*t” leans into its guest’s style of creeping Detroit street anthems, the collaboration bursts with the hustler mentality that unites the artists’ hectic hometowns: “Let’s kick the door down, you know we ain’t need no keys,” intones Prophet.”

Reconnecting with B.Sergeant, who directed Prophet’s recent clip for “Moving Tact,” the video for “On My Sh*t” underlines the similarities between Prophet and Vezzo that drive their chemistry. Both artists appear with ten toes in the streets before quick jump cuts bounce them back and forth from the studio to dark alleyways, locked in at every step. Whether they find themselves in the streets of Newark, Detroit, or Timbuktu makes no difference: if there’s a bag to be had, Vezzo and Prophet are right at home.

Born in Mount Vernon, NY, before coming of age in Newark, NJ, Prophet draws inspiration from his musical family, North Jersey community, and the Haitian heritage he reps proudly. First venturing into making music as a teenager, the 23-year old rapper burst onto the scene in 2019 with his feverish breakout hit, “Irregular.” With 3 minutes of explosive verse and no hook, the track racked up nearly 2 million YouTube views and 3.6 million Spotify streams to date. Prophet discovered his knack for writing by drafting poems for his brother’s Arts High School classes which inspired him to apply his pen to raps, and he’s been steadily releasing music ever since. Earlier this year, Prophet turned heads with his song “Rock With Proph,” which racked up nearly 800k streams across platforms in just a few months.

Stay tuned for much more from the Essex County up-and-comer as he puts Brick City back on the map!