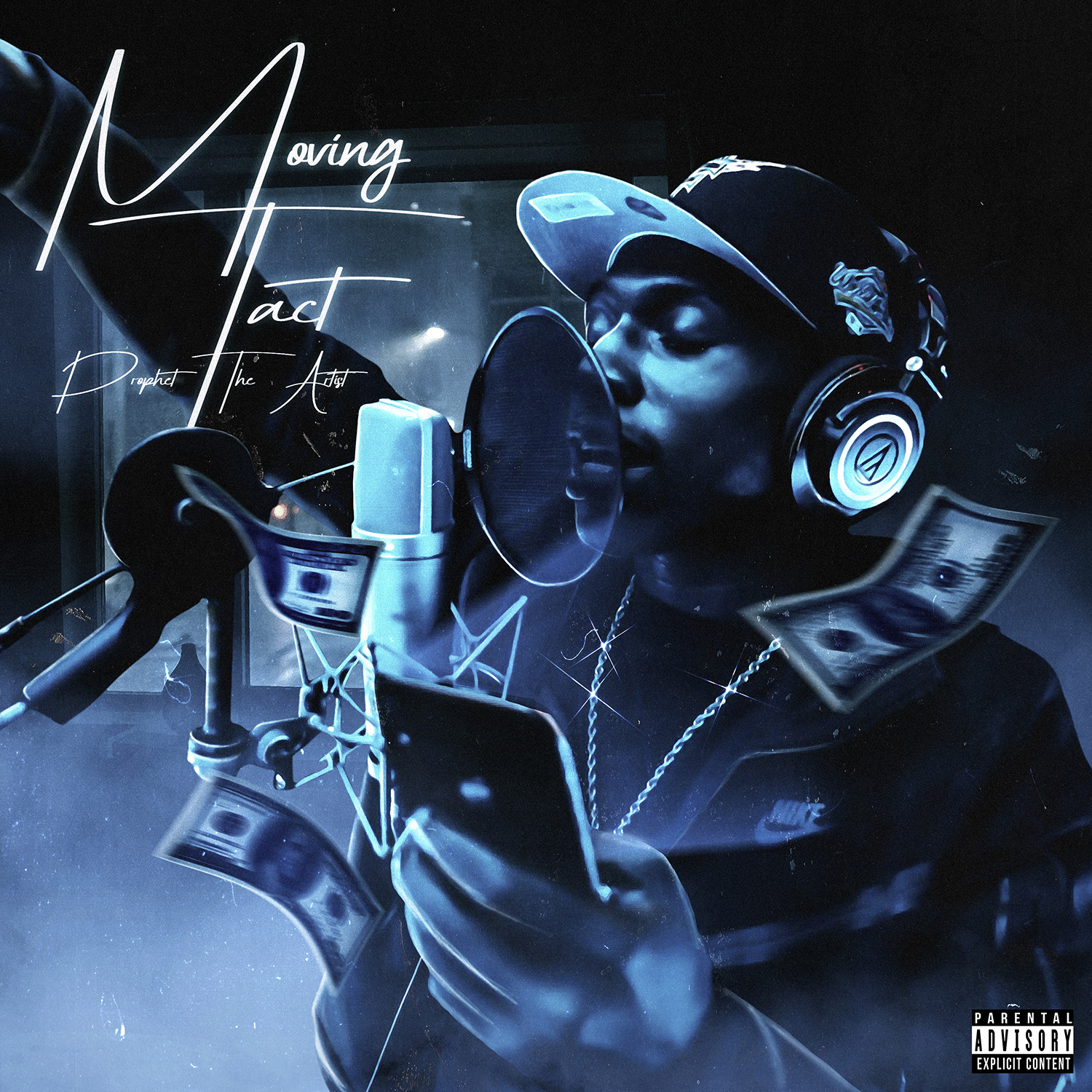 With an underdog mentality endemic to his Newark, NJ, roots, Prophet The Artist’s bark matches his bite. The Rostrum Records signee flaunts his agility on-and-off the track with the new video single, “Moving Tact.” The breathless track opens with a tense piano riff that rings out for no more than a second before Prophet dives in with his brazen brand of drill, spitting start-stopping bars to accentuate each flex: “She a treesh, I can’t save her/Out the mud, f*** a favor/Neck and wrist, it’s on– hold on/Neck and wrist, it’s on glacier.”

Directed by B.Sergeant, the video for “Moving Tact” highlights the rugged day-to-day in the Brick City streets juxtaposed with the solitude of the spotlight that comes with rap stardom. Prophet navigates both scenes with ease. Crowded by his cohort busting moves in dark alleyways, he pauses for his own rendition of the viral #StudioChallenge with a bottle of Rémy Martin as his microphone. Standing solo on a soundstage drenched in blinding white light, the sturdy stepper shines just as bright.

Born in Mount Vernon, NY, before coming of age in Newark, NJ, Prophet draws inspiration from his musical family, North Jersey community, and the Haitian heritage he reps proudly. First venturing into making music as a teenager, the 23-year old rapper burst onto the scene in 2019 with his feverish breakout hit, “Irregular.” With 3 minutes of explosive verse and no hook, the track racked up nearly 2 million YouTube views and 3.4 million Spotify streams to date. Prophet discovered his knack for writing by drafting poems for his brother’s Arts High School classes which inspired him to apply his pen to raps, and he’s been steadily releasing music ever since. Earlier this year, Prophet turned heads with his song “Rock With Proph,” which racked up nearly 800k streams across platforms in just a few months.

Stay tuned for much more from the Essex County up-and-comer as he strives to put his city back on the map!