MP3: ProbCause – “Back To The Future”

With His Drifters EP Releasing Next Week, the Chicago Rapper Connects with the Low Temp Label Head/Producer for Energetic Lead Single, Debuted by ThisSongIsSick 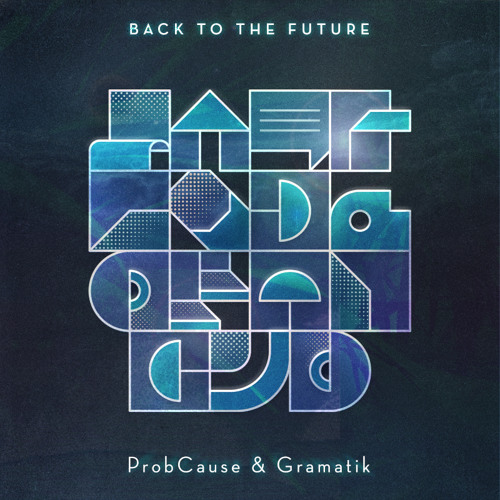 With his Drifters project slated to release next week via Electronic music producer Gramatik‘s Lowtemp label, ProbCause has shared the energetic lead single, “Back To The Future.” Distorted vocal samples sit atop slapping percussion and fluttering synths that are accompanied by jolted horns and keyboard taps that lay the groundwork for the track, which is produced by the Lowtemp label head. As for the rhymes, ProbCause is in his comfort zone with confident, loose-lipped raps stating “I ain’t offended if you give up on me I ain’t even mad.” Rapping over Gramatik’s heavy electronic production, the ProbCause showcases his multi-genre adaptability by delivering the same lyrical punch that we’re used to hearing from the Chicago rapper over a foreign backdrop. “Using the innovative capacities of Gramatik’s electro-funk and glitch-hop origins, Probcause lays down a spastic flow of progressive lyrics that work perfectly within the production’s framework,” said ThisSongIsSick in their premiere.

ProbCause’s Drifters releases August 28th. Prior to “Back to the Future,” he shared the Break Science and Manic Focus remix of “Chicago Style,” which features fellow Windy City emcee Twista. Additionaly, the project’s first single, “I Feel U,” debuted via Consequence of Sound, who stated that the track is “about as Chi-Town as it comes, with every beat ringing like a testament to ProbCause and the scene’s history.” Drifters is the followup to last year’s WAVES and the collaborative ZRO FOX EP with Rhymesayers Ent. rapper Psalm One that released earlier this year. The project displayed a range of hip-hop, trap, and wavy electro-spirited cuts, showing a musical chemistry that reached new creative heights. ProbCause has additionally collaborated with fellow Chicago artists Chance The Rapper and Action Bronson.

Kicking off September, ProbCause will be performing at the North Coast festival in Chicago, and then headlining several Midwest tour dates of his own.

Listen to “Back To The Future” (Prod. by Gramatik): https://soundcloud.com/probcause/probcause-gramatik-back-to-the-future