The Expanded Project is Home to Both Versions of the Infectious Single “Attachments,” Which Has Racked Up More Than 40 Million Combined Streams 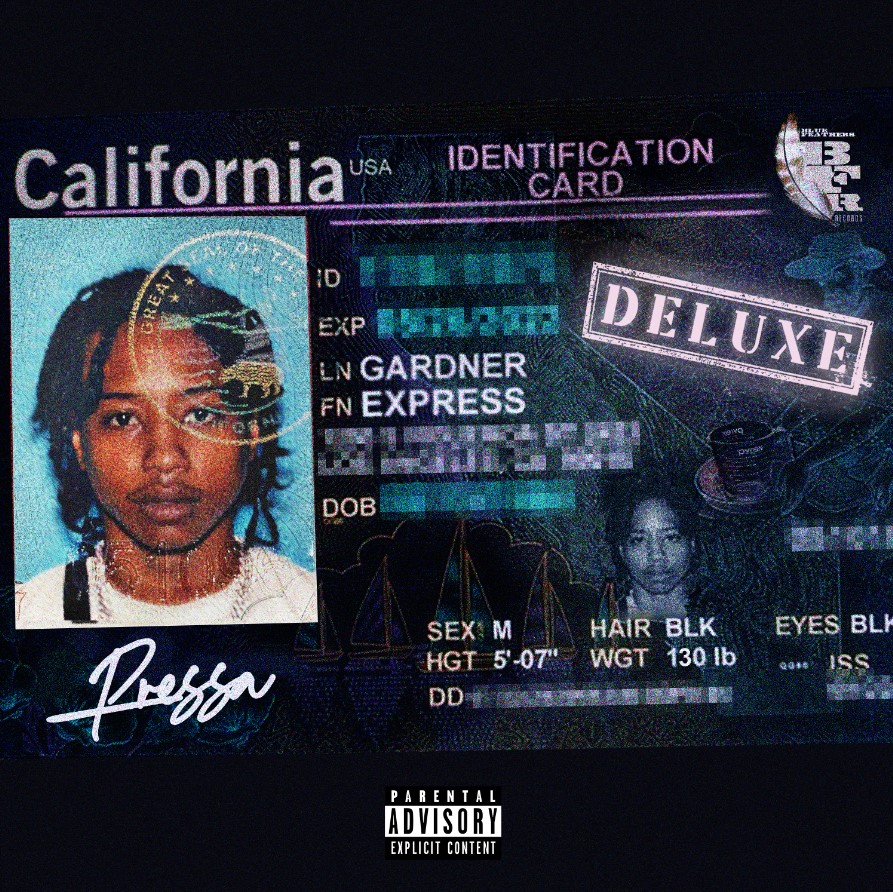 “Not a lot of musicians can claim to have the attention of the biggest music names in their country, or have toured with one of the most successful acts of all time and have released an album all before the age of 24. But Canadian artist Pressa is one of the few that would fit the description.” – Complex

“Be it the whip, the club, the speaker, or casual listening, you simply won’t regret pressing play on this project. Each of them bangers with plenty of replay value…” – Lyrical Lemonade

“Holy F*CK this is insane, this guy has one of the craziest voices I’ve ever heard.” – No Jumper

Blending the street savvy he developed living in Toronto’s Driftwood neighborhood with his supernatural sense of melody, Pressa is quickly becoming one of his city’s biggest stars. Adding seven new songs to his most personal project to date, Pressa announces Gardner Express (Deluxe). With a title that references Pressa’s last name (Gardner) and the Gardiner Expressway, a major highway running through the downtown core of his hometown, the Deluxe EP finds the artist exploring how the rough conditions and cross-cultural exchange inform his life and music, packing in the snapping flows and effortless hooks that have him rising in the rap game on both sides of the border.

Pressa gave a glimpse of the Deluxe EP earlier this year when he shared “Second Hand Smoke,” a bad-kid-made-good anthem. The upcoming project features new guest appearances from Swae Lee and Rowdy Rebel, and is home to both versions of “Attachments,” Pressa’s most successful single to date. Now available for pre-order, and with spatial audio mixing by the legendary Mike Dean, Gardner Express (Deluxe) releases on November 3rd via Sony Music Canada.

Originally released on the first version of Gardner Express in December 2020, “Attachments” ft. Taliban Glizzy became a breakout hit from the project, with fans gravitating towards Pressa’s infectious hook and gritty lyrics about a deadly day in Driftwood. In the spring, Pressa hooked up with Coi Leray to deliver “Attachments” (Remix), further building buzz and generating over 5.7 million YouTube views on the sultry video. “Attachments” has become Pressa’s biggest global hit to date, generating over 41 million global streams across both versions and earning Platinum certification in his native Canada.

With over 85.6 million global streams to date, the original version of Gardner Express is home to multiple high profile collaborations, including “Head Tap” featuring Brooklyn drill rappers, Sheff G and Sleepy Hallow and “Blackberry Zap” ft. Jackboy. The project features additional appearances from Flipp Dinero, D Block Europe and Taliban Glizzy. With coverage in outlets like Complex and HotNewHipHop, and interviews with Ebro Darden on Apple Music, No Jumper, Montreality, and more, Gardner Express is a deeply personal, speaker-knocking project from one of the hottest emcees north of the border.

No stranger to releasing full bodies of work with mixtapes such as, Press Machine, Press A Brick, and Prestige, 2020 was a prime display of Pressa’s growth and versatility as an artist, culminating with the release of his EP, Gardner Express. The EP features “OTM,” “96 Freestyle,” and “Head Tap” ft. Sheff G and Sleepy Hallow, which resulted in coverage from media juggernauts like Complex, a global Apple Music Beats 1 premiere with Ebro Darden, and over 44M worldwide global streams, together to date.