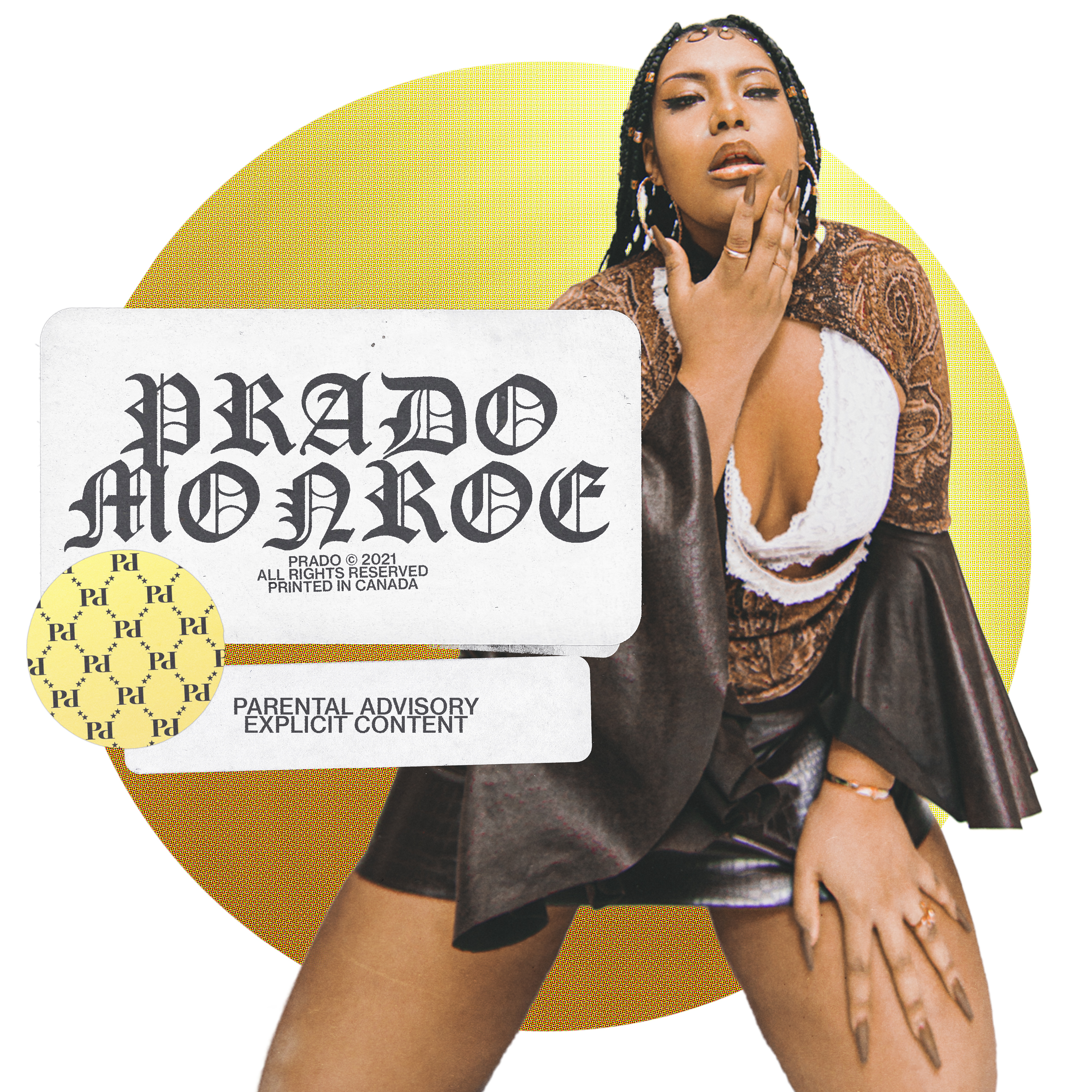 “Prado expertly juxtaposes sugary-sweet melodies against unwavering braggadocio for her second single ‘Men in Black.’ The result? A banger made to be played in perpetuity.” – Refinery29

“She [Prado] embodies a divine feminine power unlike no other, accented with a blend of lo-fi rap and chaotic bliss.” – InYaEarHipHop

Vancouver polymath Prado is an expert songwriter, combining adventurous sonics and brazen lyrics into a hook-filled, genre-blending cocktail. After years of paving her own way through her hometown scene and the internet underground, Prado is ready to seize her moment, releasing her debut EP Prado Monroe. Ever since she started uploading songs to SoundCloud under the moniker AlienKanye, Prado has carved her own path through the music industry, never trying to be anything other than her own unapologetic self. On her debut EP, the artist named by Complex as one of 25 Canadian Artists to Watch in 2021 cuts a defined figure in just six songs, establishing a fierce and defiant persona rooted in pride and her heritage.

“So you want more pop black girls? I’m right here,” says Prado. “Been here. This is me shooting my shot at you. Reflective of the shiny high-pitched pop music I was raised on and still love… the most accessible across platforms… straight from the streets, the source, Prado Monroe.”

The new EP is home to previously released singles like her debut duo of “STEPHEN,” an atmospheric, hook-filled banger that stresses the importance of self-expression, and the Complex-praised “DRIP,” a bad b*tch anthem, filled with mantra-like pronouncements that double as advice for living a confident and care-free life. It combines recent singles like “Men In Black,” praised by Refinery29 and the anthemic “Gucci Store,” with two new bangers: the ethereal and speaker-knocking “Likeline,” and the wavy, mutating “Louis Tee,” inspired by the avant fringe of SoundCloud rap. “Louis Tee” arrives along with a strikingly colorful visualizer, animated by Tech M. (@she.obj).

Heralding her arrival with her debut EP, Prado Monroe is the first salvo from a major talent who is ready to re-shape the world of pop music in her own image. Prado Monroe is streaming everywhere via tmwrk Records. 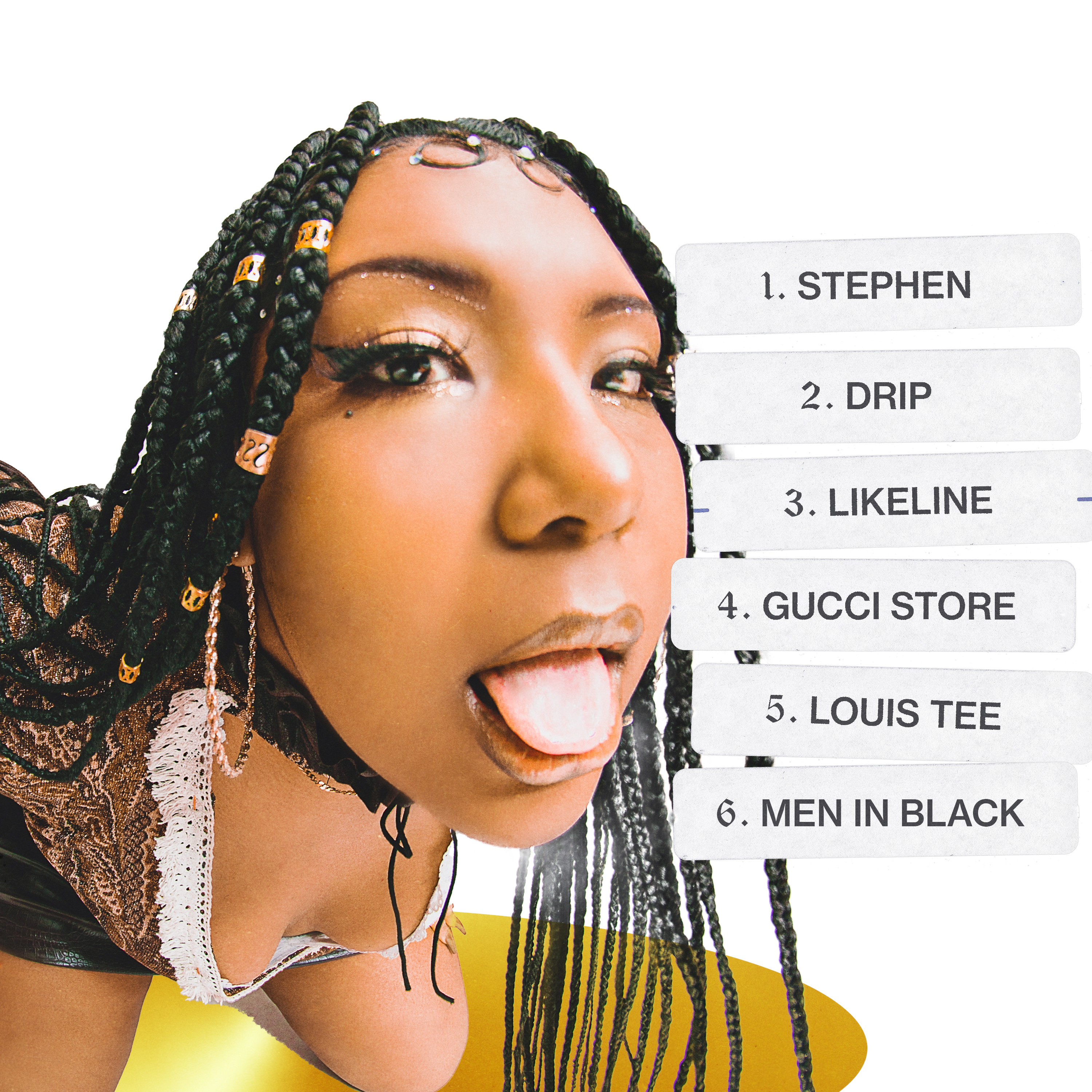 Pop luminary Prado, AKA Prado Monroe, will turn on a dime from sweet to sadistic before doubling back all over again. Born in Vancouver, Canada on the unceded territory of the Musqueam, Squamish and Tsleil-Waututh First Nations, Prado is densely committed to the Black and Indigenous communities that raised her.

Circa 2016, the now 22-year-old industry titan was lending pen to various artists under the moniker of ‘AlienKanye’; the contagious melodies behind various NY-based male rappers. Further unearthing her love and disposition to wordplay and pop music, Prado learned to lead without fear, using her unique voice and no-bullshit delivery all for herself.

Now, with her debut Prado Monroe EP, the one-of-a-kind artist looks to remake the music industry in her own image. Don’t bet against her.