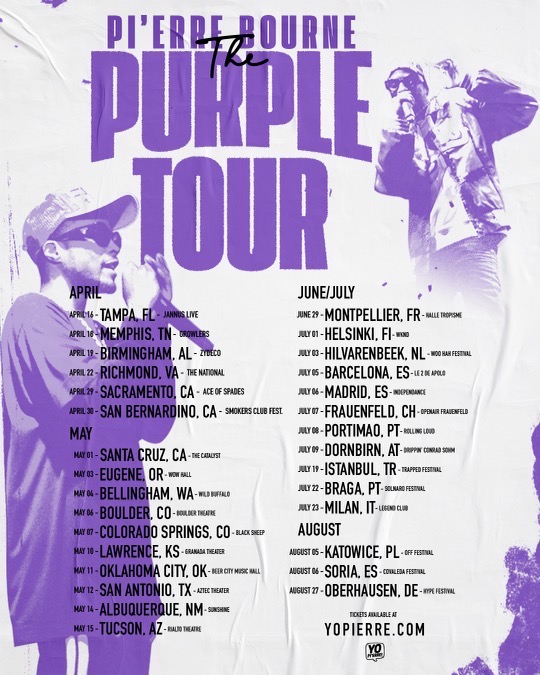 “The Life of Pi’erre 5 reflects the lyrical and emotional growth Pi’erre has gained since dropping the last entry in 2019, while maintaining his usual high-level production.”  – Billboard

Holding it down for his SossHouse label with his mesmerizing beats and hard-biting bars of his own, Pi’erre Bourne continues to grow his dominance in the rap game. Today, Pi’erre announces “The Purple Tour,” kicking off April 16th in Tampa, FL before wrapping up on August 27th in Oberhausen, Germany. The tour includes stops at festivals like Smokers Club Fest in the US, as well as European festivals like Woo Hah Festival, Rolling Loud Portugal, Trapped Festival, Solnaro Festival, OFF Festival, Covaleda Festival, and HYPE Festival. Tickets for “The Purple Tour” go on sale Friday, March 11th at 10am ET.

Coming off the heels of the recent Yo!88, Pi’erre’s joint album with production powerhouse TM88, his third full-length collaboration and fourth project of 2021, Pi’erre has big things planned for 2022, including upcoming collaborative projects with Memphis veteran Juicy J and superproducer Cardo Got Wings.

Pi’erre Bourne first left his mark as a producer. The Interscope signee kicked off his career working on massive singles for Playboi Carti (“Magnolia”), topped Billboard’s Hot 100 Producer chart working with Lil Uzi Vert (Eternal Atake), and eventually became a GRAMMY® Award winning producer (Kanye West’s Jesus Is King) – all the while establishing himself as a successful rapper in his own right with his solo critically acclaimed albums The Life of Pi’erre 4 and The Life of Pi’erre 5, which was recently listed as one of Complex’s “Top 50 Albums of 2021.” Now, the SossHouse supreme prepares to take his on the road once more to shine on the international stage. 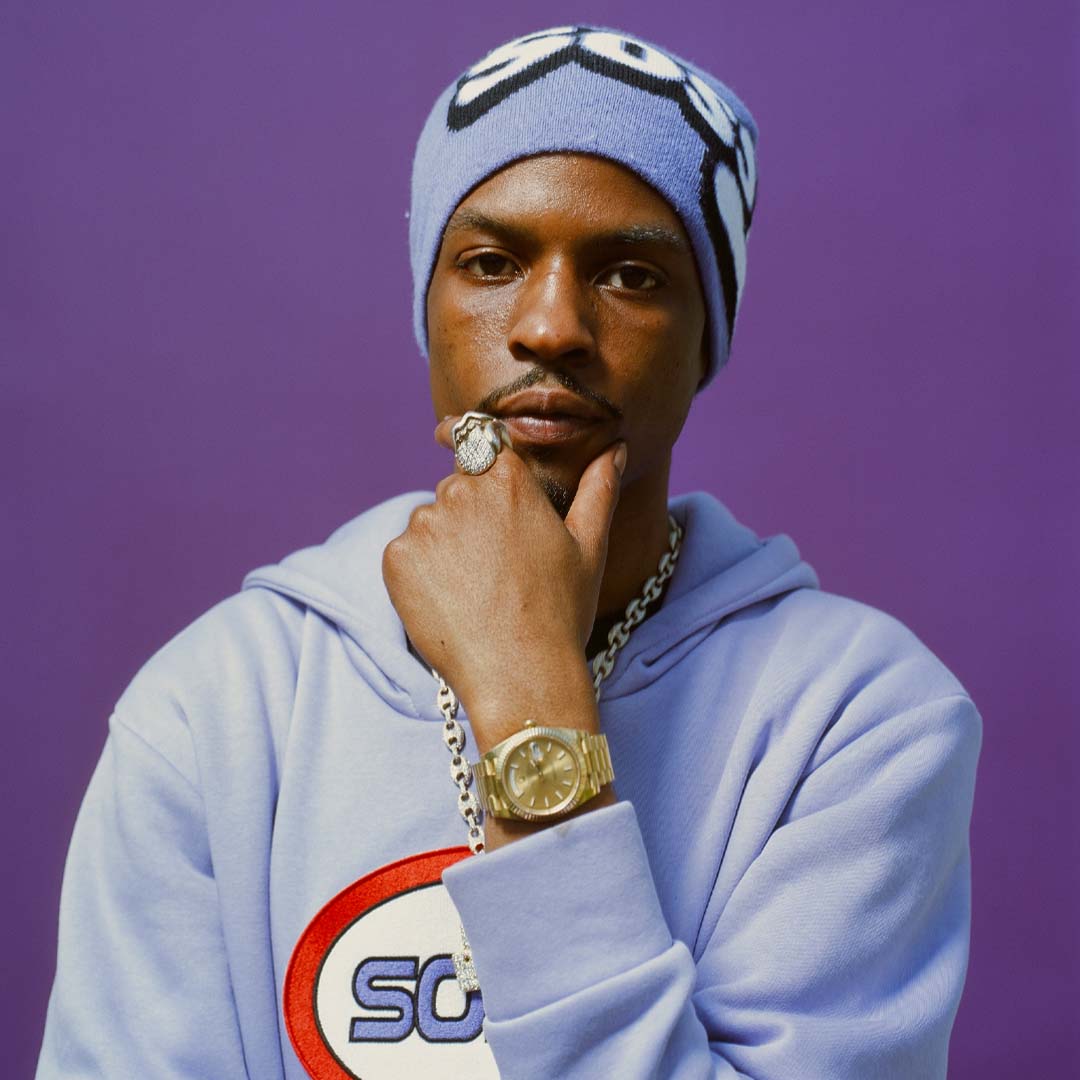