PI’ERRE BOURNE SHARES NEW VIDEO FOR “DJ IN THE CAR” 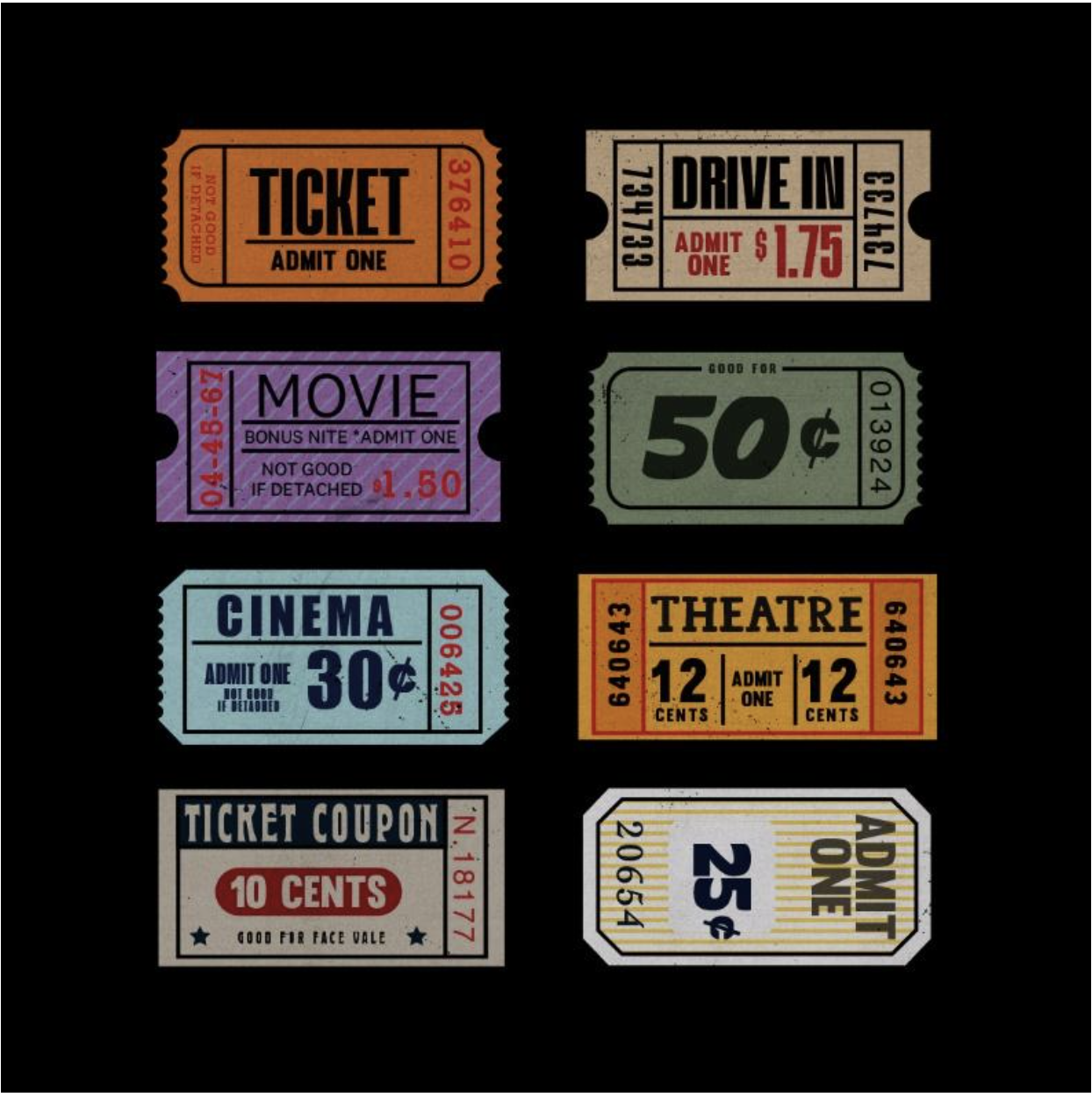 January 20, 2023 – GRAMMY® Award Winning Producer / Rapper, and SossHouse CEO, Pi’erre Bourne returns today with “DJ In The Car,” his first new music video of 2023. A danceable highlight from his 2022 album Good Movie, available now HERE, “DJ In The Car” showcases Bourne’s melodic mastery as he tauntingly sings about how his ex can’t help but love his music: “Her favorite song, she hate I made it, yeah/She told her best friend, ‘Please don’t play this.'”

Directed by Latemilk, the new video takes inspiration from Pi’erre’s high-flying lifestyle. The newly-announced Coachella 2023 performer takes a trip in his souped-up foreign and performs in front of speaker stacks taller than an apartment building, while a group of young women “get it right” in an Uber at the end of the night. By the end of the video, the entire city vibrates to the sounds of Pi’erre’s candy-colored synths and effortlessly funky 808s.

Watch “DJ In The Car” HERE

“DJ In The Car” is one of many highlights on Good Movie that show how Pi’erre has evolved as a producer. Songs like “What I Gotta Do” and “Where You Going”–which arrives with a video live at 12pm ET/9am PT on Pi’erre’s YouTube channel–incorporate elements of Jersey/Philly club music into his atmospheric trap sound, while kinetic songs like “Moving Too Fast” ft. Young Nudy and “SossHouse Party” are natural next steps for his candy-coated signature sound. Simple and emphatic, words spill out of the rapper effortlessly–on “Kingdom Hall,” he stacks outlandish metaphor after outlandish metaphor, intoning “Shakes-pi’erre, Romeo & Juliet/She may die for the kid.”  Featuring an additional guest spot from Don Toliver on “Psane,” Good Movie is available everywhere via SossHouse/Interscope Records.

The crowning salvo in a productive 2022, Good Movie follows the release of Pi’erre’s latest collaborative project with legendary artist Juicy J titled, Space Age Pimpin. The project received critical acclaim from Pitchfork, The Fader, Stereogum, Complex, Hypebeast, UPROXX, Paste Magazine, and many more. Listen HERE. In 2021, he released Yo!88, a joint project from the Grammy® winner and fellow production legend TM88. On tracks like “Block Boy,” their fusion is rendered to its fullest effect as Bourne provides the infectious song structure and TM88 laces him with video game synths that make big balling sound like an adventure. Pi’erre Bourne has established himself as one of rap’s most inventive producers, and he flashed his behind-the-boards prowess once again with his production on EA Monster, the critically acclaimed album by Young Nudy, including on highlights “Kit Kat” and “No Chaser.”

As well as crafting beats for the likes of Playboi Carti, Lil Uzi Vert, and more, he also dropped acclaimed solo projects The Life of Pi’erre 4 and The Life of Pi’erre 5, which was hailed as one of the “Best Albums of 2021” by NPR, Complex, Rolling Stone, and XXL. In addition to releasing music, Pi’erre is the founder and CEO of his own SossHouse imprint – home to artists like Chavo and Sharc. His momentum keeps building as he levels up as a songwriter, and Good Movie is another high-water mark.

Stay tuned for much, much more from the superstar polymath as 2023 moves along, including his first-ever performance at Coachella.

Watch “DJ In The Car” 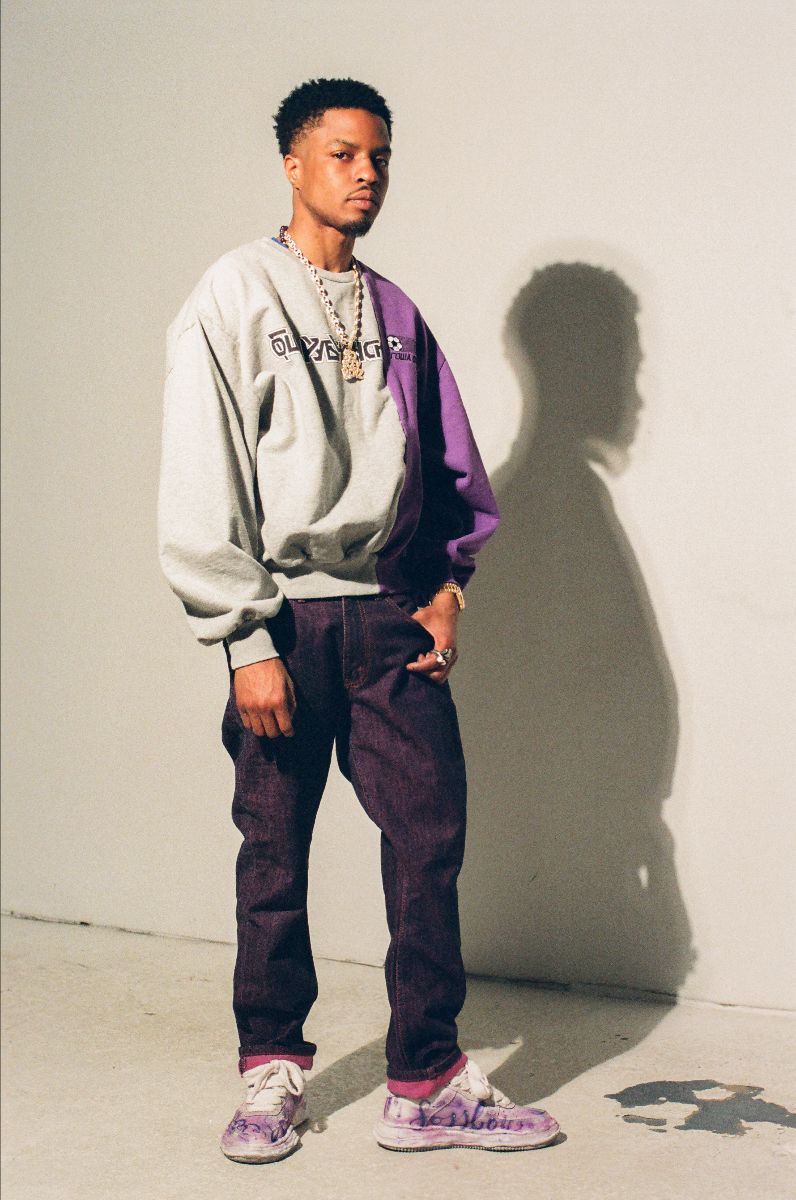 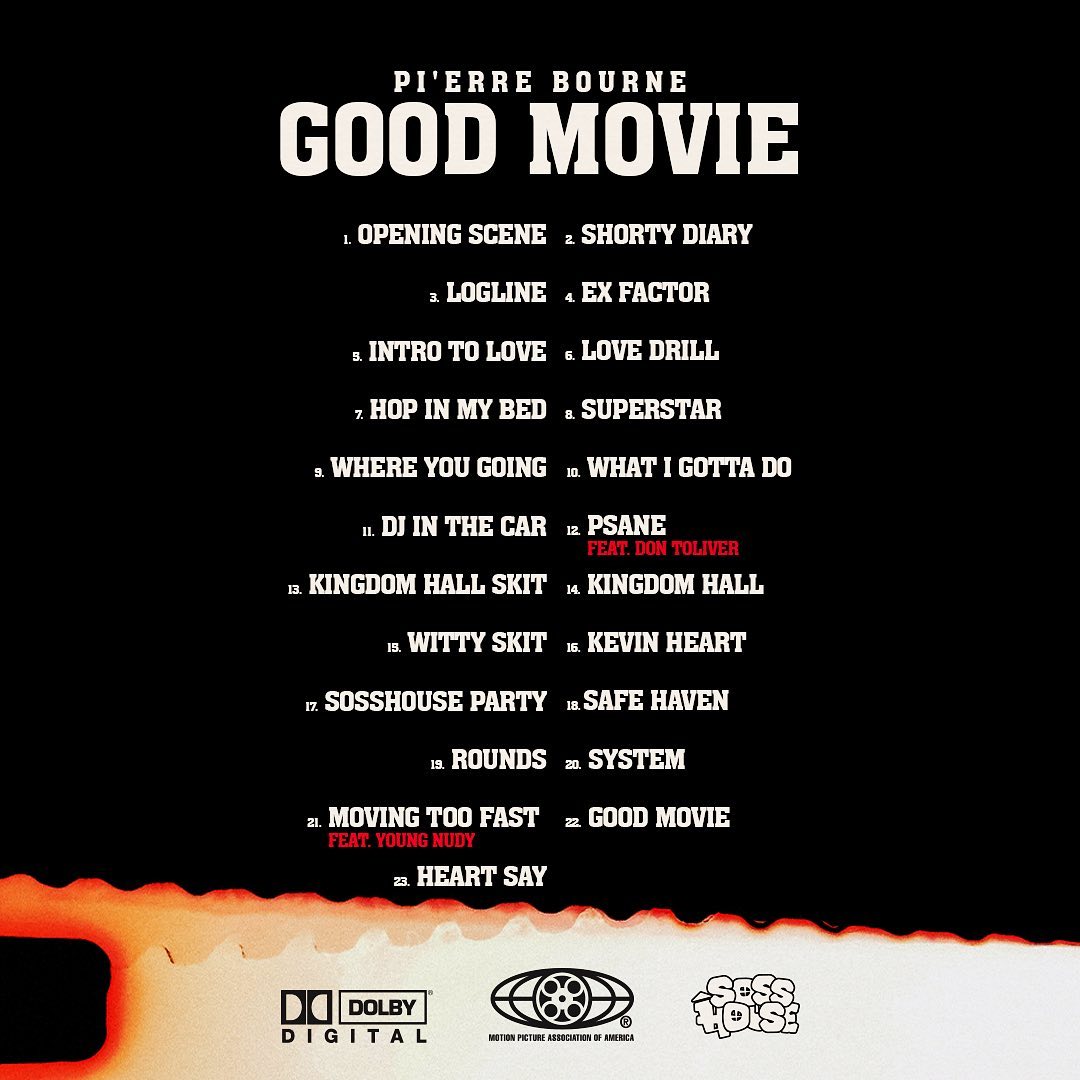 “DJ In The Car”: https://pierrebourne.lnk.to/DJIntheCarVideo