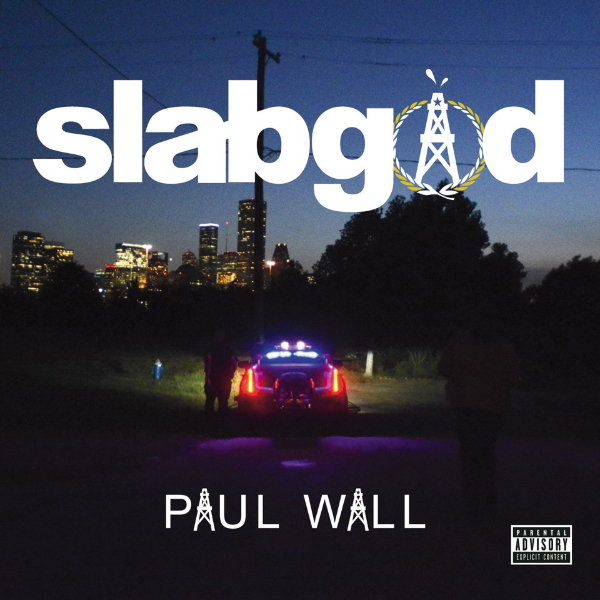 “‘Swanging In The Rain’ is a strong introduction into the upcoming album, and one that will hopefully shape what’s yet still to come.” – HotNewHipHop

“Paul Wall’s entire career has been built around crafting the perfect soundtrack to your day.” – Noisey

Texas rap kingpin Paul Wall is back with his new album, slab god, an homage to Houston car culture premiered by VIBE. With descriptive lyrics delivered with the “hip-hop dentist’s” signature Southern slang and funk/soul-inspired, trap-induced backdrops, Paul Wall transports the listener to his hometown, painting a picture so vivid that the listener would think they’re riding shotgun in his slab. “In Texas, Paul Wall’s name still rings bells as the man with candy paint and custom grillz for the low,” VIBE noted in their post. “But don’t think the hip-hop world has forgotten about one of Houston’s most visible spokesman.”

Earlier this week, Noisey debuted the slab god album’s second single, “Crumble the Satellite,” which features fellow Southern rap heavyweights Devin the Dude and Curren$y. “When I fell in love with music, particularly hip-hop, I listened to it in the car,” Paul Wall explained to Noisey in an accompanying interview. “In Texas, you’ve got to drive, and sometimes you wanna listen to something good. I went all the way back to the drawing board and went back to what made me, y’know, me. Bars, hooks. And that’s what slab god to me is, just getting back to the basics. It took me a couple projects to get where I want to be, and I feel like I’m in a good spot. Lot of good music been coming out the studio when I go in there lately. I’m proud to be 20 years in, still remaining me.”

Best known for his laid back flow on monumental Lone Star State anthems “Still Tippin’” and “Sittin’ Sidewayz,” as well as his guest verse on the now classic Kanye West collaboration “Drive Slow,” Paul Wall revives his nostalgic sound with help from an all-star cast of Snoop Dogg, Curren$y, Berner, Devin the Dude, Trae Tha Truth, Lil Keke, and more. In addition to “Crumble the Satellite,” which Houston Press named one of their Tracks of the Week, HotNewHipHop debuted the album’s third single, the Scotty ATL and Propain-assisted “Hold It Diine 4 My City,” which they called a “buttery-smooth banger.” The album’s first single, “Swangin in the Rain,” released earlier this summer and is currently impacting on radio. Paul Wall’s slab god album is available for pre-order on iTunes and officially releases on Friday, Sept. 25th.

Check out the VIBE premiere: http://www.vibe.com/2015/09/paul-wall-slab-god-album-stream/