The Acclaimed Trio Shares the Snaking, Wildly Energetic “Stoked,” Premiered by XXL, and Unveil a New Line of Merch 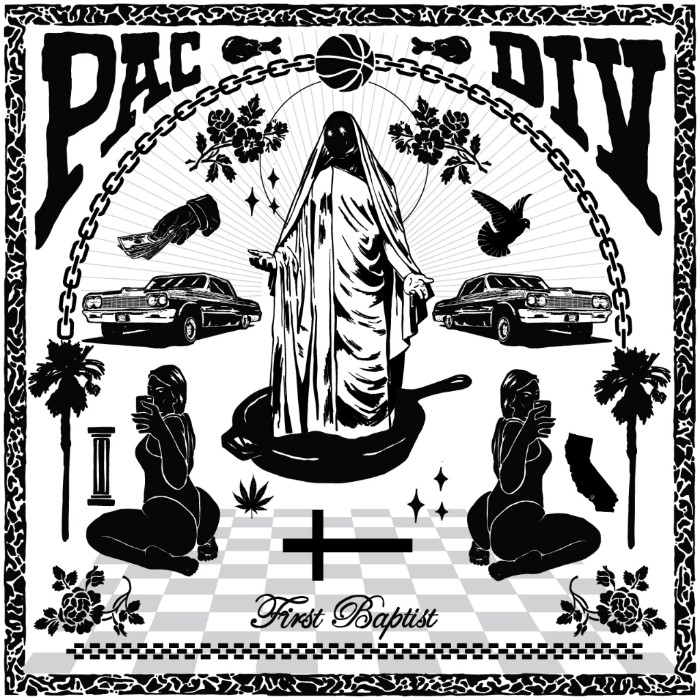 Known for their dense rhymes and eccentric personalities, Pac Div commands a massive cult following on the West Coast. Returning to the scene after a six-year absence, Pac Div announces 1st Baptist, their upcoming album. Combining classic sounds of west coast rap with deep spirituality and irrepressible energy, Pac Div emerge refreshed and rested on 1st Baptist. Demonstrating lyrical acrobatics over a kaleidoscopic collection of West Coast instrumentals, LIKE, Mibbs, and BeYoung bounce lines off each other, trading bars, uniting for hooks, and generally sounding enthralled with the act of rapping. With production from DJ Dahi, Swiff D, Huss, Esta, James Rodgers, and LIKE, the upcoming album recaptures the spirit and vibe of Pac Div’s original run of mixtapes with a sound updated for the future. 1st Baptist hits stores everywhere on April 13th.

To accompany the album announcement, the Div shares “Stoked,” an aggressive and energetic new banger. A rowdy party anthem produced by the Div’s own LIKE, “Stoked” alternates outrageous boasts with menacing threats and earnest pearls of advice to those trying to hustle their way to the top.Premiered by XXL, “Stoked” doesn’t speak from the perspective of a high roller, but from the perspective of a guy who needs to finesse the bouncer to get in at all: “This for n*ggas that turn up the most/Sneak in the club with the toast/Oh you got Hen’?/And I got smoke?/And there’s hella bitches?/And I’m not broke?/N*gga, I’m STOKED.” “Stoked” follows the release of the Complex-premiered “First Baptist,” which samples the 1960s classic “Never My Love” by The Association and shows off a softer, gentler, but still laser-focused side of the trio.

Formerly known as Pacific Division, Pac Div formed in the early ’00s, when the three members were in high school. Comprised of brothers LIKE and Mibbs and their friend BeYoung, the group first gained attention with Sealed For Freshness (Blend Tape), their debut mixtape, earning comparisons to L.A. legends like The Pharcyde and Freestyle Fellowship. Winning high profile fans such as Snoop Dogg, Questlove, and others, Pac Div built buzz with a series of popular mixtapes. In 2011, Pac Div released their debut album The DiV, which featured production from DJ Dahi and No I.D., and quickly followed it up with GMB, which peaked at #15 on the Billboard Heatseekers chart and debuted at #57 on the Hip-Hop/R&B chart. After GMB, the group focused on solo endeavors–LIKE became an in-demand presence as a rapper and a producer (landing a production credit on “Sing About Me” by Kendrick Lamar), Mibbs released a series of albums with Scoop DeVille (Kendrick Lamar, Snoop Dogg), and BeYoung released a series of mixtapes. Though they pursued separate projects, The Div never forgot their roots–now they’re back, getting ready for the release of 1st Baptist on April 13th.

Check out the XXL premiere: http://www.xxlmag.com/rap-music/new-music/2018/03/pac-div-stoked-1st-baptist-album-tracklist/ 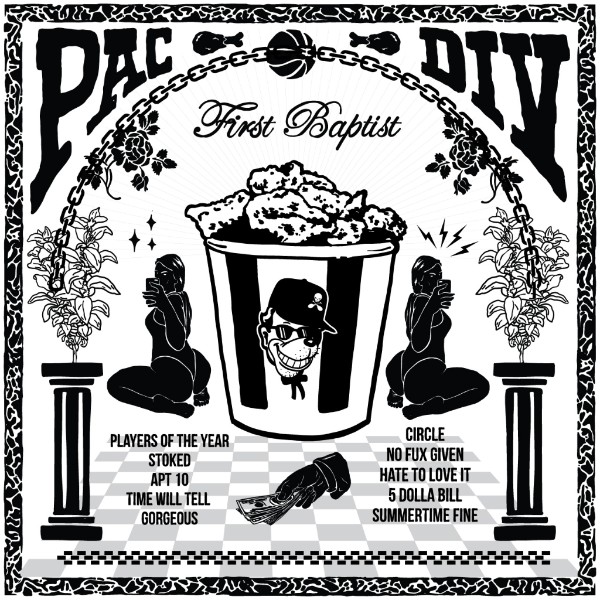