As a major player and thought-leader in the Bay Area rap scene, P-Lo is always innovating. In “The End,” premiered by VIBE and from the recently-released More Than Anything project, P-Lo tells a fragmented love story with a distinctly 2017 twist – the tale is told through the perspective of the iPhone. Each shot finds P-Lo and his girl on a date somewhere in scenic San Francisco, doing everything from sharing a bread bowl to taking a walk down Ocean Beach. With a poorly-timed text notification, the Adrian Per-directed visual encapsulates the iPhone era beautifully, and is a unique take on the classic “love story” music video.

“The song itself is so relatable. We wanted to implement the phone aspect since that’s such a big part of our lives these days, especially when dealing with our significant others,” P-Lo explained to VIBE. “This can unfortunately lead to problems and ironically, miscommunication.”

The co-founder/ringleader and chief sound architect for Bay Area collective HBK Gang, P-Lo has collaborated with Iamsu!, E-40, Sage The Gemini, and more as a producer, eventually earning a Hot 100 hit with Yo Gotti’s “Act Right.” The follow-up to last year’s Before Anything EP, More Than Anything arrived on May 12th, garnering nearly 4 million streams since its release. Last month, P-Lo shared monstrous club banger “Feel Good” with G-Eazy, which followed “Never Sorry,” another flex-happy hyphy track that premiered alongside an interview with Mass Appeal. Just before, P-Lo dialed up the Counselor, E-40, for the enthusiastic “Put Me On Somethin’” video, debuted by XXL. More Than Anything‘s first single, “Always,” featured tour-mate Rexx Life Raj and earned a placement on Spotify‘s Most Necessary playlist. Fans can catch P-Lo and Rexx Life Raj on the More Than Anything Tour, which kicks off on June 14th at Club Red in Tempe, Arizona.

Listen to More Than Anything: https://soundcloud.com/heartbreakplo/sets/more-than-anything

Buy More Than Anything: https://itunes.apple.com/us/album/more-than-anything/id1227550577?ls=1&app=itunes 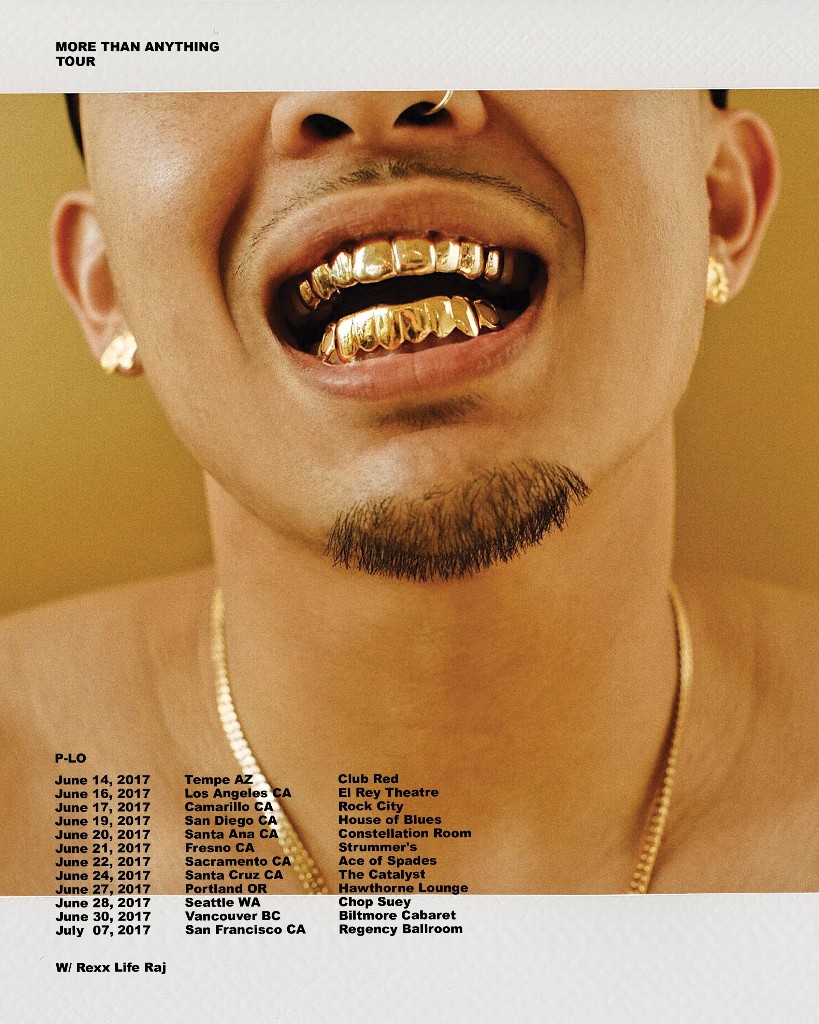