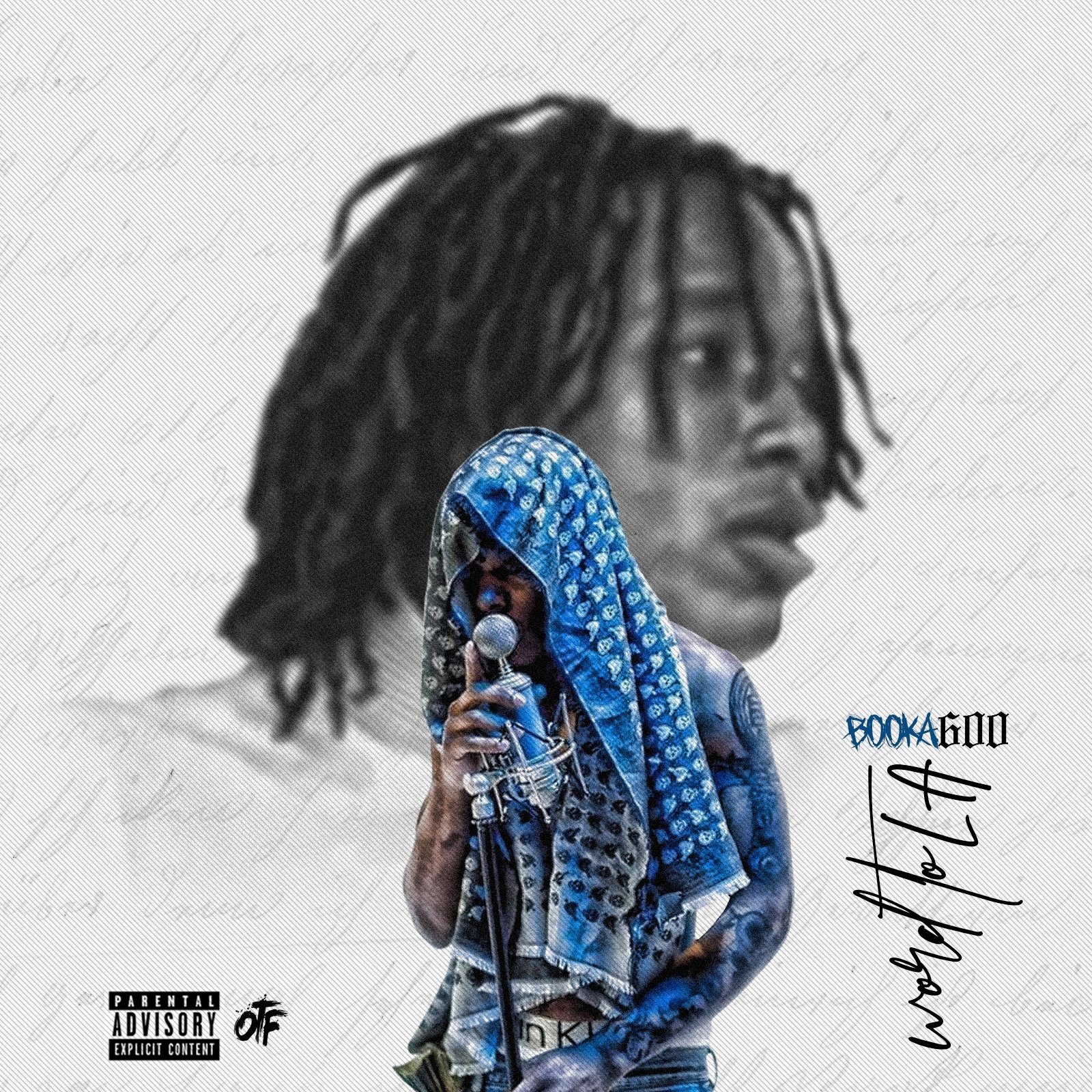 With a talent for auto-tuned melody and emotional realness that rivals his mentor Lil Durk, Only The Family rapper Booka600 embodies the Chicago streets. Leveling up his skills and delivering his new mission statement, Booka shares Word To LA, his new project. Paying tribute to his fallen friend LA Capone, Word To LA finds Booka at a crossroads, shaking off the traumatic experiences of his past in an effort to unlock his limitless potential. On tracks like “Promising” and “Faith,“ Booka looks at his current life in disbelief–how could he have imagined when he was growing up in poverty that he would eventually make a living doing what he loves? Comprised of 12 songsthat range from piano-led ballads like “Fairwell” to hardcore drill anthems like “Pressure” and recent single “Ok Ok Ok,” featuring Lil Durk and fellow OTF signee King Von, Word To LA‘s greatest strength comes from Booka’s emotional honesty and depth of feeling, which comes across even on the most hard-nosed anthems. Featuring additional appearances from Tee Grizzley, JusBlow600, Yung Mal, and Lil CO, Word To LA releases via Only The Family/EMPIRE.

“This project is about me really telling my bro who passed away what’s been going on and what’s up with life right now,” explains Booka600. “It’s me giving him and the fan’s instructions on what’s going on in my world and how I move. LA and the fans are kinda like the same thing so I want them to have an update on what’s going on in my life. This whole project is dedicated to LA. He’s my best friend who I lost in 2013. We started rapping and going to the studio together every day. I’m a full-time rapper and illustrator now. I came a long way so the tone of the project is deep because of his loss but a little celebratory. I’m letting him know what’s going on with me and a few of the other guys. I’m a sincere and conscious mind but like life is taking a toll right now and it’s not easy. So it’s all about being smarter, making the right decisions, and moving the right way.”

With a young and hungry roster of Chicago-born emcees, Lil Durk’s OTF label signees, including King Von, have made their intentions clear–they’re coming to take over the game. Booka600, King Von, and the rest of the roster, including Doodie Lo, OTF Ikey, and Memo600 plan to release a steady stream of singles and projects throughout the summer, providing a realistic soundtrack to the most violent season on the Chitown calendar. The OTF crew showcased their talents in two label mixtapes released last year, Lil Durk Presents: Only The Family Involved Vol. 1, released last summer, and its sequel, released just before the New Year.