Founded by Chicago-born superstar Lil Durk, Only The Family has grown into one of rap’s most respected collections of rising talent. Emerging stronger from a year marked by success and tragedy in equal measure, the label announces Loyal Bros, their upcoming compilation album. Alternating hard-hitting street anthems with emotional rap ballads, Loyal Bros explores the kinship forged by hardship. Spending their youths on the South Side of Chicago, Durk and the rest of OTF forged unbreakable in the face of violence, gaining pride and security from the knowledge that their brothers had their backs. The cover of Loyal Bros pays tribute to OTF’s fallen vultures, including King Von, who experienced a commercial breakthrough before his tragic passing in November, as well as still-painful absence of OTF Nunu aka Nuski, who died in 2014.

The upcoming project features new music from Lil Durk, who leveled up to true rap stardom in 2020,  and posthumous verses from King Von, as well as Booka600, Memo600, Timo, DoodieLo, and the rest of the OTF crew. Alternating street anthems and emotional rap ballads, the upcoming project proves OTF’s sterling reputation and sets the scene for the label to expand their roster and influence far beyond Chicago. Loyal Bros also boasts an impressive roster of guest stars, ranging from up-and-comers to respected veterans and superstars. The follow-up to 2019’s Family Over Everything, Loyal Bros arrives on February 26th via Only The Family/EMPIRE.

Along with the announcement of the album, OTF shares “Rules,” a new video by OTF riser Timo. With millions of views on YouTube for hits like “30” and “Free Boss Luck,” Timo is a sensation in the South Side, known for his breakneck delivery and ruthless bars. His latest single “Rules” is a stuttering drill anthem that updates the 10 Crack Commandments, as Timo lists fifteen guidelines for street living over eerie arpeggios and syncopated 808s. Timo’s list includes warnings to those who’d work with the police and keeping family squabbles private, ending with an inspirational message: “Number 15, take care of your homies in jail/Don’t give up, keep followin’ your dreams.” In the video, directed by Crownsoheavy, Timo teaches a class full of wannabe hustlers, giving them game and re-enacting common street situations.

Coming hot on the heels of Lil Durk’s The Voice (Deluxe) album, which peaked at #2 on the Billboard 200, Loyal Bros continues what’s shaping up to be a banner year for Only The Family. Stay tuned for more announcements in the coming weeks. 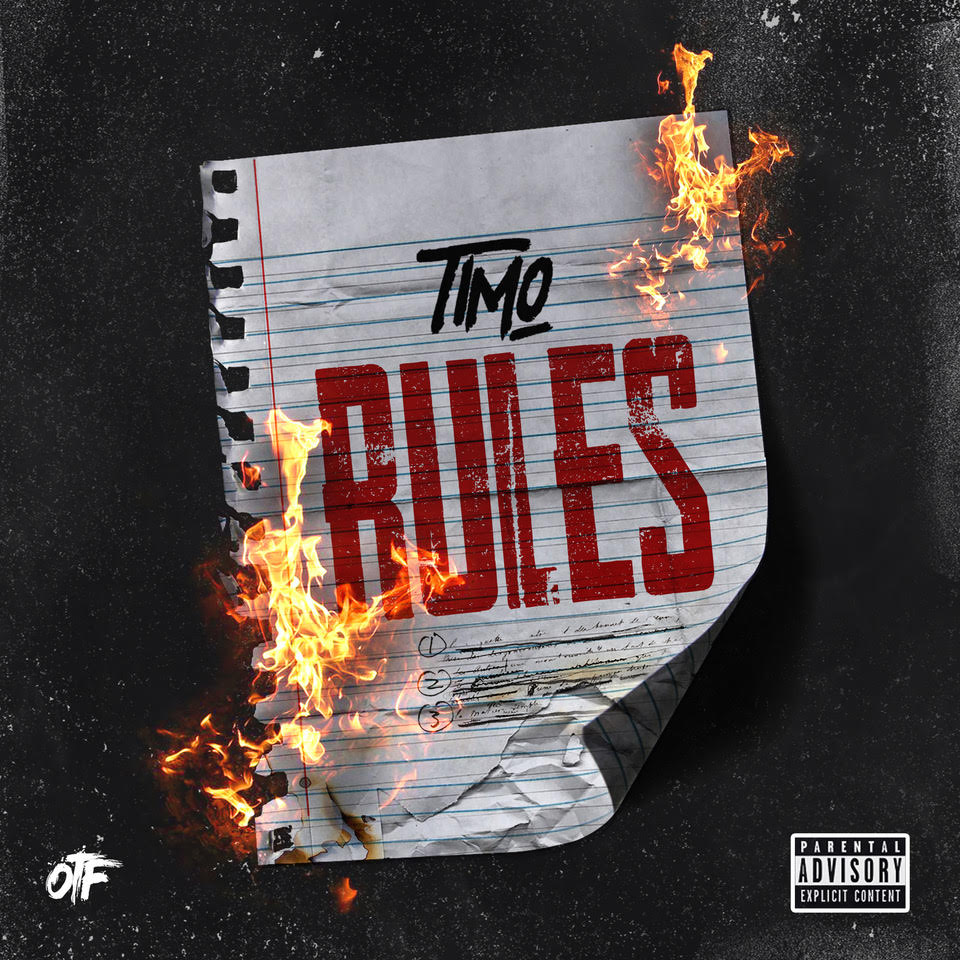 Founded by Lil Durk, Only The Family is one of rap’s most respected labels and most impressive collections of talent. Originally based in Chicago, the label earned a reputation for cultivating some of the city’s most vital talents, with members like Booka600, Memo600, and the late great King Von. With a roster that reflects label boss Durk’s signature combination of raw lyricism and emotional songwriting, OTF has released three label compilation mixtapes, including the two volumes of Only The Family Involved in 2018 and Family Over Everything in 2019. Ready to make a statement after a 2020 marked by success and tragedy in equal measure, Only The Family is currently preparing Loyal Bros, their next compilation tape, coming in February 2021.
Timo Background:

Described by Pitchfork as “one of the local scene’s best rappers,” Timo is new standard bearer for the Chicago drill scene scene, Timo releases videos at a prolific pace on YouTube, feeding fans hungry for his no-nonsense flexes. The rapper started to gain recognition in his city in 2018 with songs like “On Gang” and “Don’t Get Smoked.” He’s evolved into one of his city’s most reliable sources of realness, earning millions of YouTube views on recent singles like “Kill Switch” (2.1 million views) and “No Cap” (1.4 million views). When he’s not dropping his own music, he provides his own spin on songs like Lil Baby’s “We Paid.” The young rapper signed to OTF in Spring 2020, releasing his single “OTF” to celebrate.