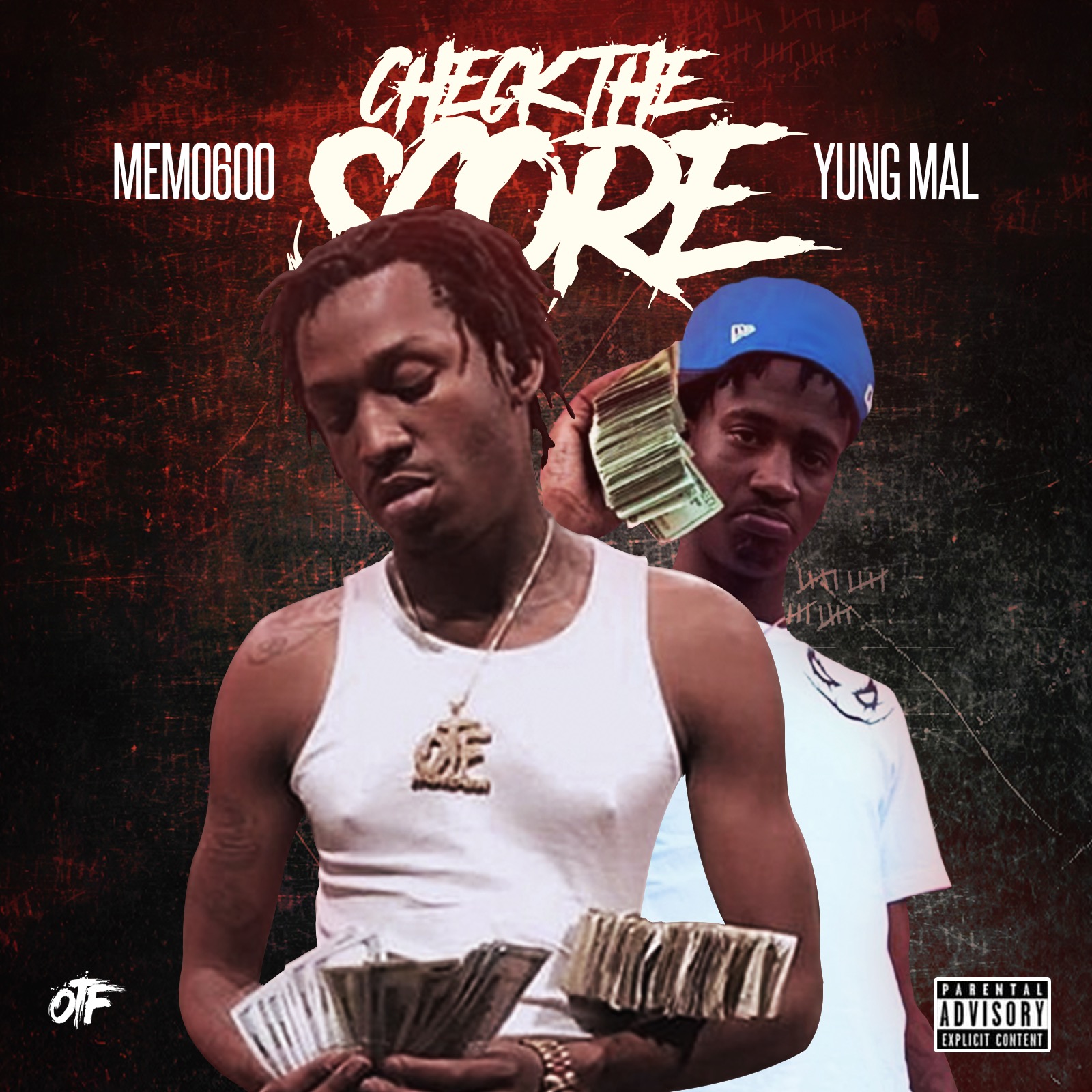 A people’s champ in his native Chicago, Memo600 racks up views by the million with his neck-snapping drill bangers. Pulling up from half-court on his haters, the Only The Family-signed rapper shares “Check The Score,” his latest anthem. The song has an appearance from Atlanta rapper Yung Mal, whose fast-talking, smooth-flowing delivery provides a thrilling contrast with Memo’s guttural, emphatic, and deliberate bark. Rhyming above a rapid high-note guitar arpeggio, Mal and Memo take a look around at their competition and finds it lacking–if rap is a game, they’re winning in a blowout: “Brought this glizzy betta check the score/That boy on the floor.” In the video, directed by Diesel Films, Memo600 and Yung Mal turn up in ATL backstreets with a crew of homies, including Mal’s frequent rhyme partner Lil Quill, flashing cash and posing by a red Lamborghini.

Signed to Lil Durk‘s OTF label, along with crewmates Booka600 and JusBlow600, Memo600 developed a loyal fanbase on YouTube with his unique style of drillin’. He earned his first exposure with the eerie local hit “Exposing Me” (1.1 million views), which reverberated from cars in South Side streets all summer 2018. The “Exposing Me” (Remix), featuring fellow O-Block resident and OTF signee King Von, has over 15 million views on YouTube. Last year, Memo made noise with “Steppers,” which racked up over 6.8 million YouTube views. Stay tuned for much more from Memo and the rest of OTF as the summer wears on.

Wielding croaking rhymes delivered in unbreakable cadences, O-Block native Memo600 separates himself from the OTF pack by being defiantly non-melodic. The 600 block rapper developed a loyal fanbase on YouTube, as he deploys an unhinged triplet flow on the 2019 local hit “Steppers” (7.7 million views), collaborates with fellow Chitown riser El Hitta on the vicious “Locked In” (1.5 million views), and makes waves with the eerie “Exposing Me” (1.4 million views). The King Von-featuring remix of “Exposing Me” has over 15 million views.