With a knack for yearning melody and a palpable hunger for rap game success, Only The Family signee MK is the next to blow out of Chicago. Coming through with a melodic anthem that recalls the best of his mentor Lil Durk, MK shares “Outkast,” his new single. Emoting atop mournful pianos and crackling percussion, MK reflects on his attempts to break into the rap game from his humble beginnings: “I made sacrifices for this sh*t, can’t get my life back/I done worked too hard for this sh*t so I can’t go back.” The song is a worthy showcase of MK’s expressive voice and raw rhymes, as he digs deep into his psyche and lays bare his goals and desires. “Outkast” follows the Young Will-directed video for “Better,“ MK’s standout track from Family Over Everything, OTF’s December 2019 mixtape, which showcased the talents of the whole crew.

With a deep and talented crew of rising rappers, the OTF roster includes King Von, the voracious storyteller who hit it big with “Crazy Story,”  and the melodic mastermind Booka600, who dropped his well-received Word To L.A. project last summer. The Family Over Everything project boasts new music from Durk and showcases the strengths of Von, Booka, Memo600, Doodie Lo, JusBlow600, OTF Ikey, and new OTF signee C3.  Offering standout guest appearances from some of Durk’s kindred spirits, such as fellow Chicago natives G Herbo and Polo G, who appeared with Durk earlier this year in a video for project highlight “Career Day“ (3.4 million views), and Durk-indebted youngsters like NLE Choppa and Lil TJay, Family Over Everything is available to stream everywhere via Alamo Records/Only The Family.

Buy/Stream Family Over Everything: https://smarturl.it/LilDurkFOE 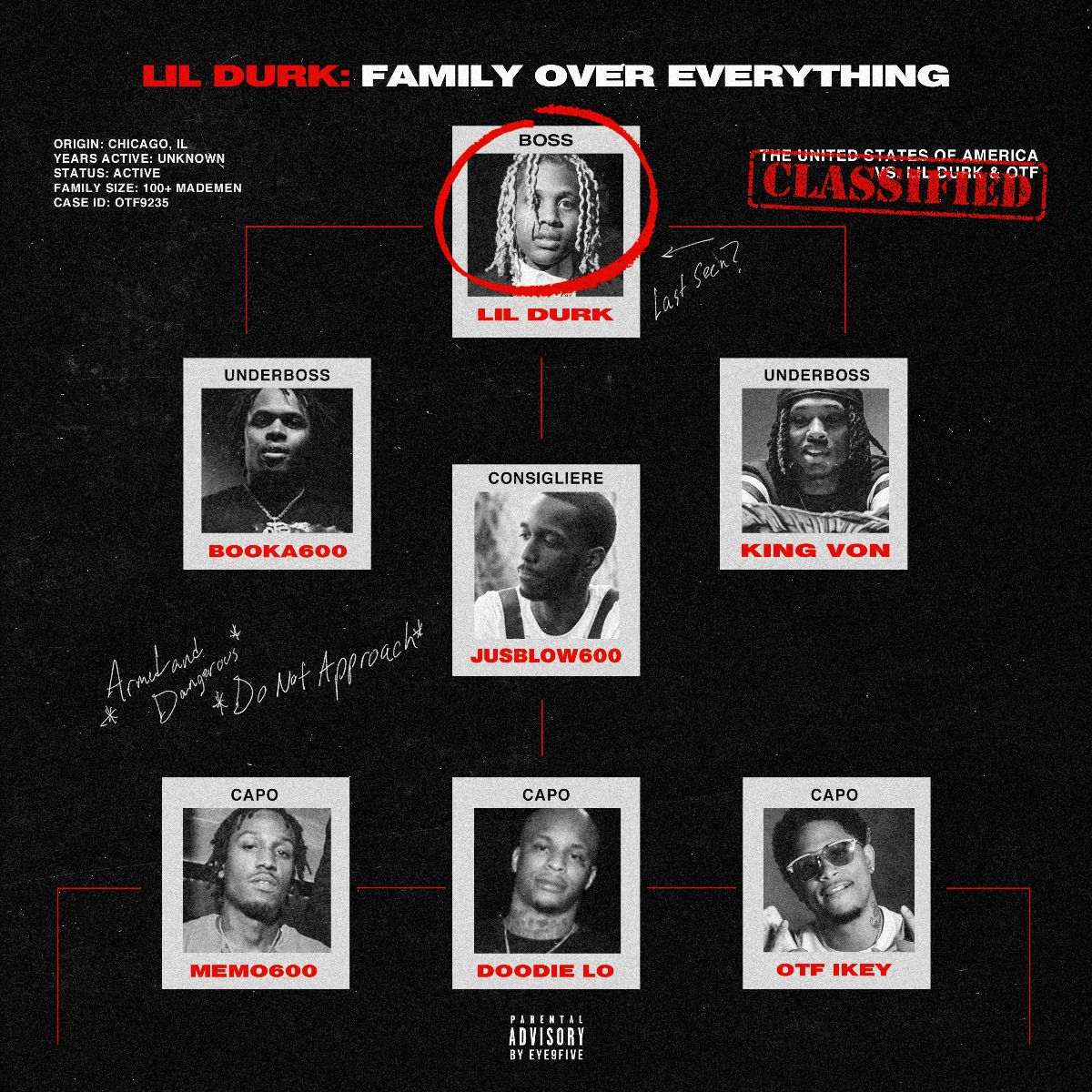 With a young and hungry roster of Chicago-born emcees, Lil Durk’s OTF label signees have made their intentions clear–they’re coming to take over the game. Most notable among the OTF roster is King Von, whose breakout hit “Crazy Story” earned more than 35 million views on YouTube and 14 million combined plays on Apple and Spotify. King Von is currently preparing his debut mixtape. Returning to the scene with his Dirty-Glove Bastard-premiered single “War Scars,” melodic mastermind Booka600released his mixtape Word To LA in June. The OTF crew showcased their talents in two label mixtapes released last year, Lil Durk Presents: Only The Family Involved Vol. 1, released last summer, and its sequel, released just before the New Year.