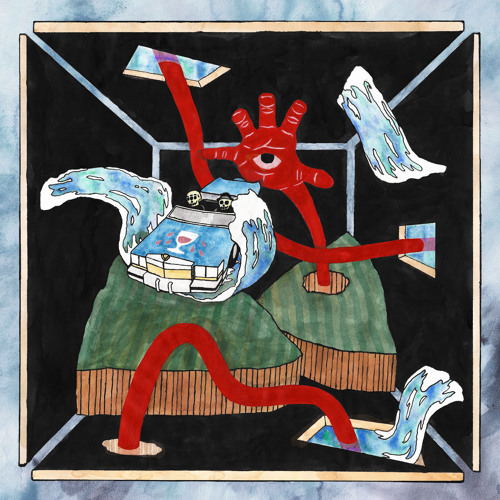 The first single from Souls of Mischief/Hieroglyphics rapper/producer Opio and L.A. beat scene vet Free the Robots’ Sempervirens is a funky, boom-bap track that finds the MC throwing boastful jabs of apathy at egomaniacal peers. Premiered by RESPECT Mag, “Point of View” has a nostalgic, looping breakbeat and repetitious bass lick, as Opio flaunts “she thinks she’s Erykah Badu” and he “thinks that he’s Ice Cube” on the song’s chorus before inviting “the one with the Hiero tattoo” to chill. The rapper/producer describes “Point of View” as “the song that I had the most fun recording. FTR and a bunch of my homies were with me in the studio and we were all sitting around talking shit and cracking jokes and those conversations manifested themselves into the lyrics. I really like the pacing of this track, the chorus and the verses mesh seamlessly, it’s just one of those songs that never gets old.”

In March, Opio and Free the Robots shared The Subconscious Mind EP, their first collaborative release, via Red Bull, who praised the project as “four intergalactic songs shaped by Free the Robots’ ominous bass-heavy beats and Opio’s syrupy rhymes.” They followed the EP with the release of a mystical video for it’s lead single, “Blow Sum Smoke,” which debuted via Okayplayer in June, labeling it a “tune of a staggering and wispy production that’ll certainly find a place in the score to your evening’s unwinding ceremonies.” Outside of their solo and other group work, Opio and Free the Robots began experimenting together last year, merging their respective skills on production hardware as seen in their Delicious Vinyl TV session. In September, they’ll be releasing Sempervirens, their debut album as a duo.

Listen to “Point of View”: https://soundcloud.com/opiohierosom/point-of-view

Check out the RESPECT premiere: http://respect-mag.com/2015/07/premier-opio-free-the-robots-point-of-view/