With Nearly 500k Video Views on Its Heartfelt Clip, Which Features an Appearance From Peezy’s Grandmother, “Ms. Lois House” is the First Single From Peezy’s Upcoming Preacher To The Street Album 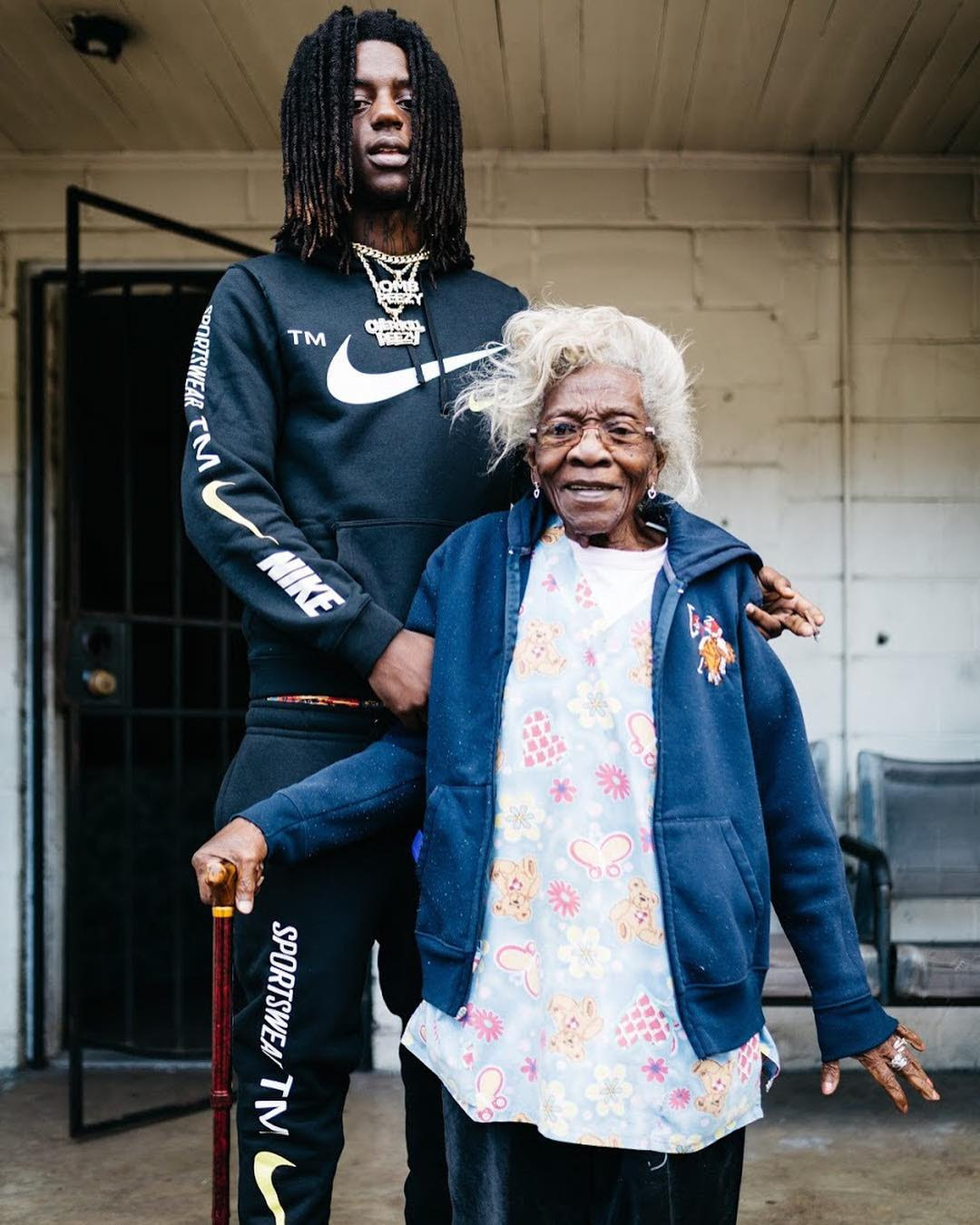 “Peezy’s impassioned flow makes the circumstances he’s discussing feel visceral and immediate as a listener; there’s nothing impressionistic about his bars” – Pigeons and Planes

Known for his drawling, rapidfire rhymes, Alabama native OMB Peezy imbues a deep sense of morality into his blend of Dirty South street rap. A twangy and soulful single, “Ms. Lois House” is a dedication to Peezy’s grandmother, who helped raise him. Riding a plaintive, piano-laden beat, Peezy examines his conflicted past in the new single, as his grandmother’s house in Mobile progressed from a den of childhood hopes and innocence to a headquarters for Peezy and his delinquent friends: “44s and calicos at Ms. Lois House.” With a heartfelt video featuring an appearance from Ms. Lois herself (474k views on YouTube), “Ms. Lois House” sets the tone for Preacher To The Street, Peezy’s deeply personal project, hitting the Internet later in 2019. Most recently, Peezy gave back to the youth of his hometown with a haircut drive at a local barbership.

Nearly two years after his debut single “Lay Down” put Peezy on the map, the motormouthed emcee shared Loyalty Over Love in summer 2018. Stuffed with glistening Dirty South instrumentals, Loyalty Over Love is the culmination of Peezy’s rise, with sharp lyrics about his life as a rising star and his struggles with the legal system. Whether he’s seething at inept law enforcement on the Noisey-premiered “Fuck My P.O.,” fiercely asserting his individuality and independence within an oppressive system on “Souljah Life Mentality,” enjoying the spoils of his success in the TK Kravitz-featuring “Yeah Yeah,” mourning lost friends in “My Dawg,” or paying tribute to the West Coast with the Dr. Dre-referencing and Donny Hathaway-sampling “Ghetto Boy,” Peezy is a magnetic presence, weaving his threats and boasts around hot instrumentals. Featuring additional appearances from Mozzy, Paper Lovee, and OMB Iceberg, Loyalty Over Love was released by Sick Wid It Records/300 Ent. Peezy treated fans to another revealing glimpse when he shared Behind The Title: Loyalty Over Love, a FADER-premiered mini-doc that explains the main themes behind the album. Stay tuned for Preacher To The Street, coming in early 2019.

Born in Alabama, the 10-year-old Peezy moved to the west coast when he was 12, developing a reputation as a rap prodigy, building a following on YouTube, and gaining the respect of the new wave of Bay Area artists such as Nef The Pharaoh and legends such as E-40. In 2017, OMB Peezy parlayed his grassroots local fanbase into a national following, earning millions of combined streams on his singles like the virally popular hits“When I Was Down,” “Porch,” and “Lay Down,” which Pigeons & Planes listed at #14 in their halftime list of Best Songs of 2017 and which Passion of the Weiss listed as their #19 for the year. In October, Peezy shared his debut project Humble Beginnings, a slap-heavy six-pack produced in full by Grammy-nominated producer Cardo Got Wingz (Kendrick Lamar, Jeezy, Meek Mill) and released by Sick Wid It/300 Ent. Peezy also toured throughout 2017, supporting Detroit artist Tee Grizzley in the fall and accompanying SOB x RBE on a national tour in the spring. In January, Peezy shared Young & Reckless, a joint mixtape with Peezy’s 300 Ent. labelmate Sherwood Marty, which proved that Peezy’s excellent run of 2017 singles was no fluke, and in August 2018, Peezy shared Loyalty Over Love, his debut solo full-length.

Behind The Title: Loyalty Over Love (mini-doc): https://youtu.be/BlLZhznDg8o

“No Time to Waste”: https://youtu.be/XbTvHXXpFos