The Sacramento-via-Alabama Rapper and Sick Wid It Records/300 Ent. Signee Balls with Tourmates SOB x RBE in His XXL-Premiered Video

With a distinctive southern drawl and a knack for murdering any beat within a hundred mile radius, Alabama-native and Sacramento-resident OMB Peezy is the next rapper to blow. Trying his hand at a mob-style instrumental, Peezy takes on all comers in “Try Sumthin,” effortlessly spouting aggressive lyrical gems: “Fuck all that typin’ Twitter beefin’ bitch I’m pullin’ up/Playa shit, eatin’ steak and stripper got me full as fuck.” Joined on the track by Yhung TO of Vallejo rap collective SOB x RBE, who stamps the track with his signature melodorhythmic vocal style, Peezy is both charming and threatening on “Try Sumthin,” an excellent representation of his star appeal. In the video, premiered by XXL, Peezy and TO shoot hoops in a desolate urban landscape, posing with a bright red muscle car, dancing in a mob, and generally having a blast. The official follow-up to Peezy’s “Lay Down,“ which Pigeons & Planes listed at #14 in their list of Best Songs of 2017, “Try Sumthin” is a fun-loving portrait of the rising rap royalty in the Bay Area.

Praised by The FADER as “the Future of Rap,”  the 20-year-old Sacramento resident is a natural born spitter, with years of freestyling experience and a supernatural sense of songcraft. Born in Alabama, the 20-year-old Peezy moved to NorCal when he was 12, developing a reputation as a prodigious rapper and catching the ear of many of the region’s established veterans and building a following on YouTube. In the past few months, OMB Peezy started to parlay his grassroots local fanbase into a national following, earning millions of combined streams on his singles “Lay Down,” “When I Was Down,” and “Porch.” Earlier this summer, he inked a record deal with 300 Ent., who will release his music in partnership with E-40‘s Sick Wid It Records, Peezy’s original label. Beloved by fans and acclaimed by critics, catch OMB Peezy on tour with SOB x RBE, and check out the trailer for his upcoming documentary Word of Mouth.

See OMB Peezy live at Webster Hall in NYC on July 22nd, as featured in the New York Times: http://bit.ly/2tQU5C4 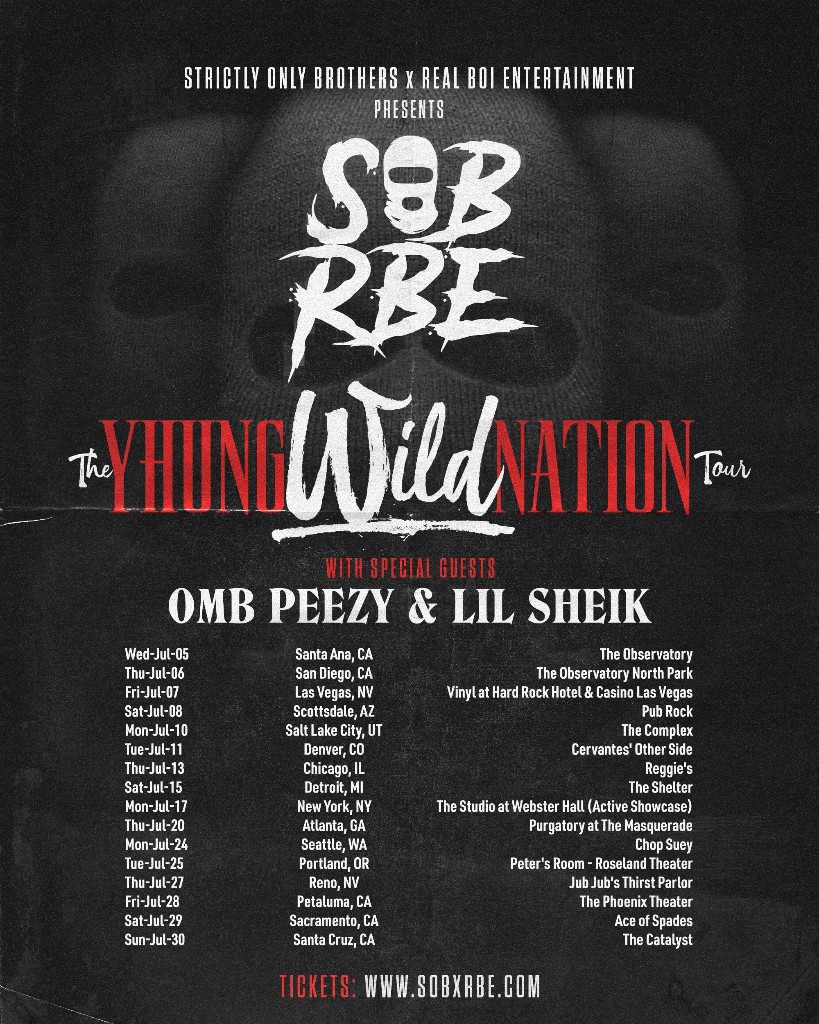