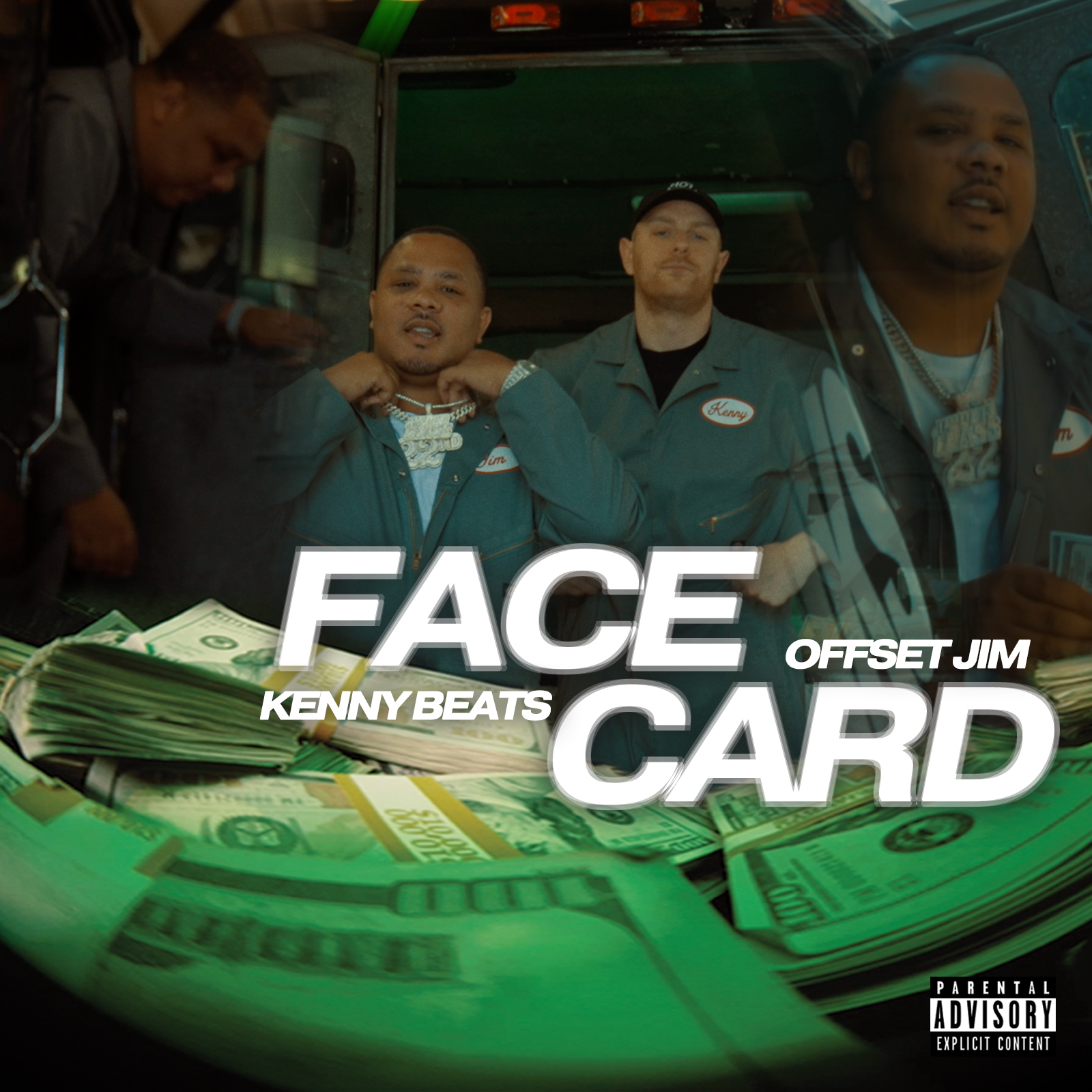 Offset Jim is respected in Oakland and beyond for his deadpan demeanor that belies his slangy, flex-heavy lyrics. Connecting with versatile producer Kenny Beats for a low-key Bay Area banger, Jim shares “Face Card,” his new video single. Marked by Kenny’s ominous pianos, stuttering 808s, and subterranean bass, “Face Card” finds Jim bolstering his hustler credentials, spinning low-key yarns about smuggling illicit goods across state lines and using the proceeds to treat his girl to a nice dinner. Directed by StackingMemories, the video depicts Offset Jim and Kenny Beats in workman’s jumpsuits, as they pull up in a Brinks truck and count “all these goddamn hunnids.”

A member of Play Runners Association, along with close friend and fellow Oakland heavy-hitter ALLBLACK, Offset Jim has stood out in a crowded Bay Area rap scene. He made a splash in 2019 with two projects–his solo effort No Pressure, which featured the local hit title track (over 3.3 million combined plays on Spotify and YouTube), and 22nd Ways, his collab mixtape with ALLBLACK, home to Bay Area favorites “Trip On It” (over 7 million Spotify streams) and “Fees” ft. Capolow. Offset Jim is a favorite collaborator of many on the West Coast scene, with tracks on the books with G-Eazy, Nef The Pharaoh, Shootergang Kony, Bravo The Bagchaser, and more.

With a project in the works for the fall, Offset Jim is looking to raise his profile from local hero to national concern. Stay tuned.