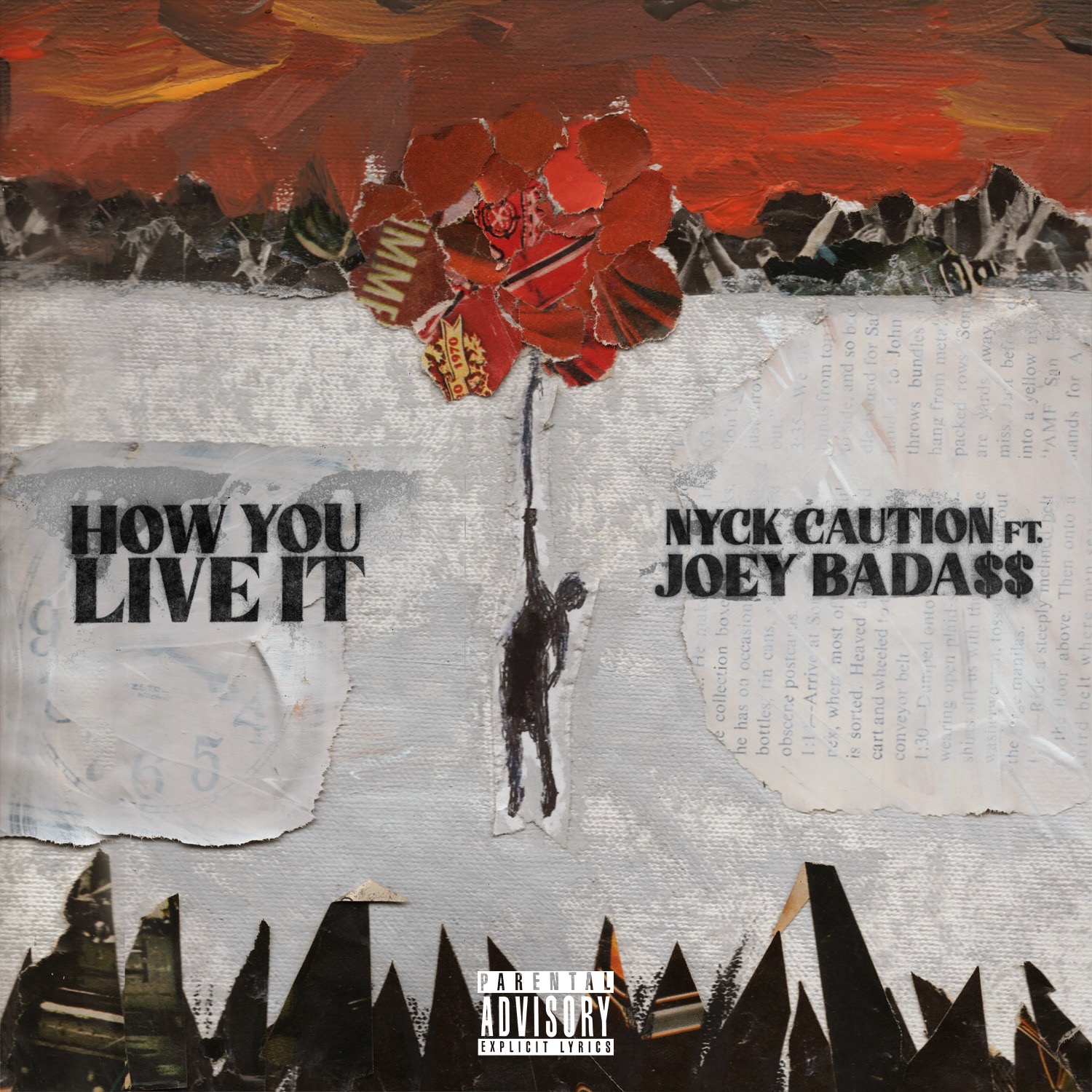 Known for his cucumber-cool delivery and his bluntly honest bars, Pro Era rapper Nyck Caution is getting ready to take the next step. Teaming up with his close friend Joey Bada$$ for a soul-sampling slapper, Nyck shares “How You Live It,” his new video single. Produced by Dreamlife (Kevin Gates, Lil Durk), “How You Live It” is a lyrical showcase for both emcees, as Nyck takes the time to tout his womanizing prowess, expose social media fakery, and expound upon his long-term goals: “This is Killa Season, ho, I feel like Cam’Ron/I’m just tryna build a block that I can stand on.” Meanwhile, Joey thunders onto the track at the halfway mark to count his cash and talk up his friend: “Nina on my waist, if you talkin’ out yo face/Better proceed with Caution ’cause you n*****s ain’t safe.”

“I’ve always focused on making the lyrics hit,” says Nyck Caution. “I feel like there’s so many quotable lines from verse one to verse two. I heard this beat and instantly started writing. Tracks that unfold like that are always my favorite songs, the ones that seem to write themselves. I love the beat switch on verse two; it makes the whole song a little more ominous. I also love how Joey provides a brief bridge and it gets back into more raps and nothing ever repeats.”

In the video, directed by FAKEDELL, Nyck portrays an agent of the “Famiglia Real Estate” agency, who uses one of his listed mansions as his own personal playpen. After seducing one half of an interested couple, the Brooklyn native sells the mansion for $5 million cash and heads back to Famiglia headquarters, where he, Joey, and other Pro Era brethren enjoy their newfound riches. The video takes an unexpected turn when the camera returns to the mansion, indicating that Famiglia Real Estate is a far more ruthless business than they seem,

“It was a lot of fun to partner with Nyck on this single, ‘How You Live It,'” says Joey Bada$$. “He’s an especially talented lyricist, so to trade bars with him was fire. As an artist, you use your art to tell your personal stories, with this track, past success aside, we wanted to remind listeners of who we are, while showing a different and justifiably more confident and playful side. I think fans will see that and more with this video.”

Born and raised in Brooklyn, Nyck Caution rose to prominence as a member of the Pro Era collective. Impressing with his lyricism and malleable flows, the 26-year-old rapper became a fixture of the NYC rap scene in the 2010s, appearing on projects by Joey Bada$$ (including the popular 1999), as well as Beast Coast‘s Escape From New York and A$AP Mob’s Cozy Tapes Vol. 2. He connected with Pro Era producer/rapper Kirk Knight for Nyck @ Knight, generating tens of millions of streams on Spotify alone. Most recently, Nyck showed a new side of himself with the Open Flame EP, released in July, which earned coverage in Complex, NME, HotNewHipHop, and more. Nyck is currently preparing for his next solo album, the proper follow-up to his 2016 debut Disguise The Limit, set to release in January 2021.

Buy/Stream “How You Live It” ft. Joey Bada$$: https://proera.ffm.to/howyouliveit