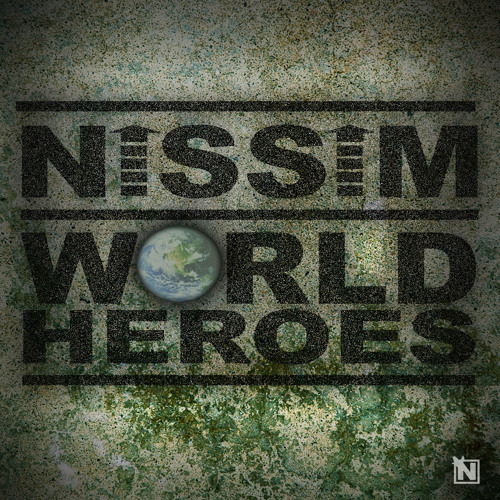 Seattle rapper Nissim, formerly known as D.Black before his recent conversion to Orthodox Judaism, kept getting the same feedback about today’s hip-hop: “I kept hearing from a lot of people, ‘I’m tired of rap’ or ‘I don’t even listen to music like that, I don’t want my kids hearing it’ and so on. It seemed like everyone was becoming more critical of the messages commonly pushed in music today. So as an artist I felt it appropriate to say that even as a consumer, ‘we are tired!'”

This inspired his new track “World Heroes,” the second single from his upcoming self-titled album, premiered today by OkayPlayer. Nissim produced the track himself and performed both the hook and the verses, but he did receive some help from Sam Anderson of the Seattle band Hey Marseilles, who laid down some strings for the song. The message he hopes to get across in “World Heroes” is that rap needs to “Step it up. This song isn’t addressing musical style, or whether or not people are actually talented. Its strictly about content. Think twice about what you say and the visuals you tag along with it.” Nissim admits that he’s been on the negative side of hip-hop, like in ’08 when he produced and sang on the hook of “Taped Conversations,” the 50 cent diss from Young Buck and The Game, but he has since moved to the positive end of the rap spectrum.

The rapper also recently stopped by the Rhapsody offices in downtown Seattle to give a live performance of “Miracles,” also off of his new album which drops on September 17th.  Watch the performance below.