Watch the Trailer for VIVO

Starring and With Original Songs by
Lin-Manuel Miranda 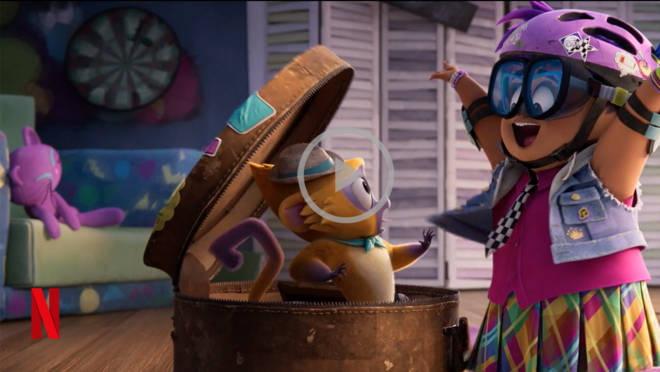 From Netflix and Sony Pictures Animation — the studio that brought you Oscar winner Spider-Man: Into the Spider-Verse and this year’s critically acclaimed blockbuster The Mitchells vs. The Machines — comes Vivo, an animated musical adventure featuring all-new songs from Lin-Manuel Miranda, the Tony, Grammy, and Pulitzer Prize-winning creator of Hamilton and In the Heights. Vivo follows a one-of-kind kinkajou (aka a rainforest “honey bear,” voiced by Miranda), who spends his days playing music to the crowds in a lively square with his beloved owner Andrés (Buena Vista Social Club’s Juan de Marcos). Though they may not speak the same language, Vivo and Andrés are the perfect duo through their common love of music. But when tragedy strikes shortly after Andrés receives a letter from the famous Marta Sandoval (three-time Grammy-winning Latin pop legend Gloria Estefan), inviting her old partner to her farewell concert with the hope of reconnecting, it’s up to Vivo to deliver a message that Andrés never could: A love letter to Marta, written long ago, in the form of a song. Yet in order to get to Marta, who lives a world apart, Vivo will need the help of Gabi (newcomer Ynairaly Simo) – an energetic tween who bounces to the beat of her own offbeat drum to fulfill his owner’s wishes.

Also featuring the voices of Zoe Saldaña (Guardians of the Galaxy) as Gabi’s mother, Rosa; Michael Rooker as a villainous Everglades python, Lutador; Brian Tyree Henry and Nicole Byer as a pair of star-crossed spoonbills; and Katie Lowes, Olivia Trujillo, and Lidya Jewett as a trio of well-meaning but overzealous scout troops, VIVO is an exhilarating story about gathering your courage, finding family in unlikely friends, and the belief that music can open you to new worlds.

The film is directed by Oscar nominee Kirk DeMicco (The Croods), co-directed by Brandon Jeffords (Cloudy with a Chance of Meatballs 2), written by Quiara Alegria Hudes (In the Heights), produced by Lisa Stewart (Monsters vs. Aliens), Michelle Wong (Hotel Transylvania 2) and Oscar winner Rich Moore (Zootopia), with visual consultation by Oscar winning cinematographer Roger Deakins (Blade Runner 2049). Serving as the film’s composer and executive music producer is Tony and Grammy award-winner Alex Lacamoire (The Greatest Showman), and the film is executive produced by Miranda, Golden Globe winner Laurence Mark (Dreamgirls), and Louis Koo Tin Lok (The Mitchells vs. The Machines). 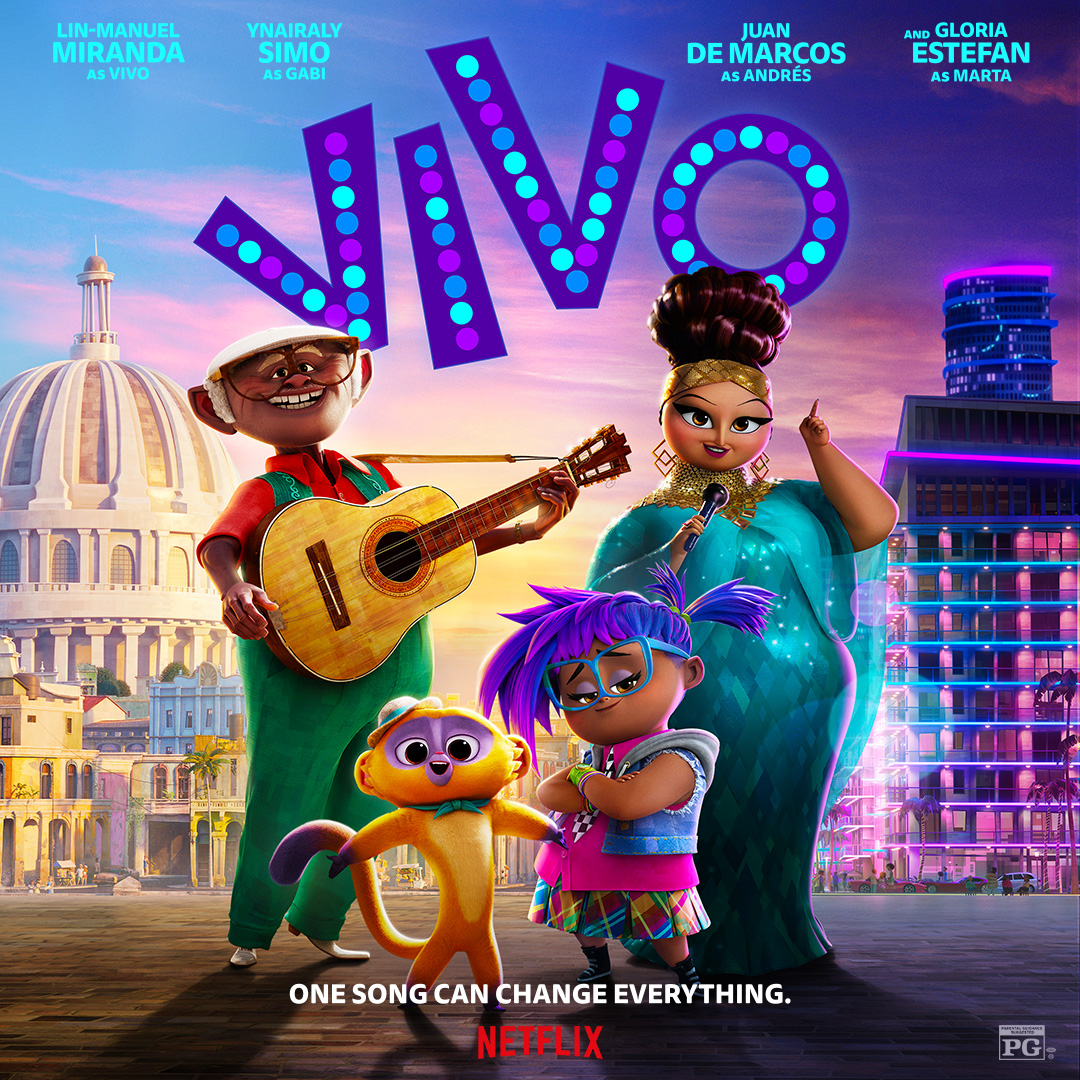