Inspired by the New Film Army Of The Dead

Directed by Zack Snyder and Starring Dave Bautista, Omari Hardwick & More, Army Of The Dead Is Now Streaming on Netflix 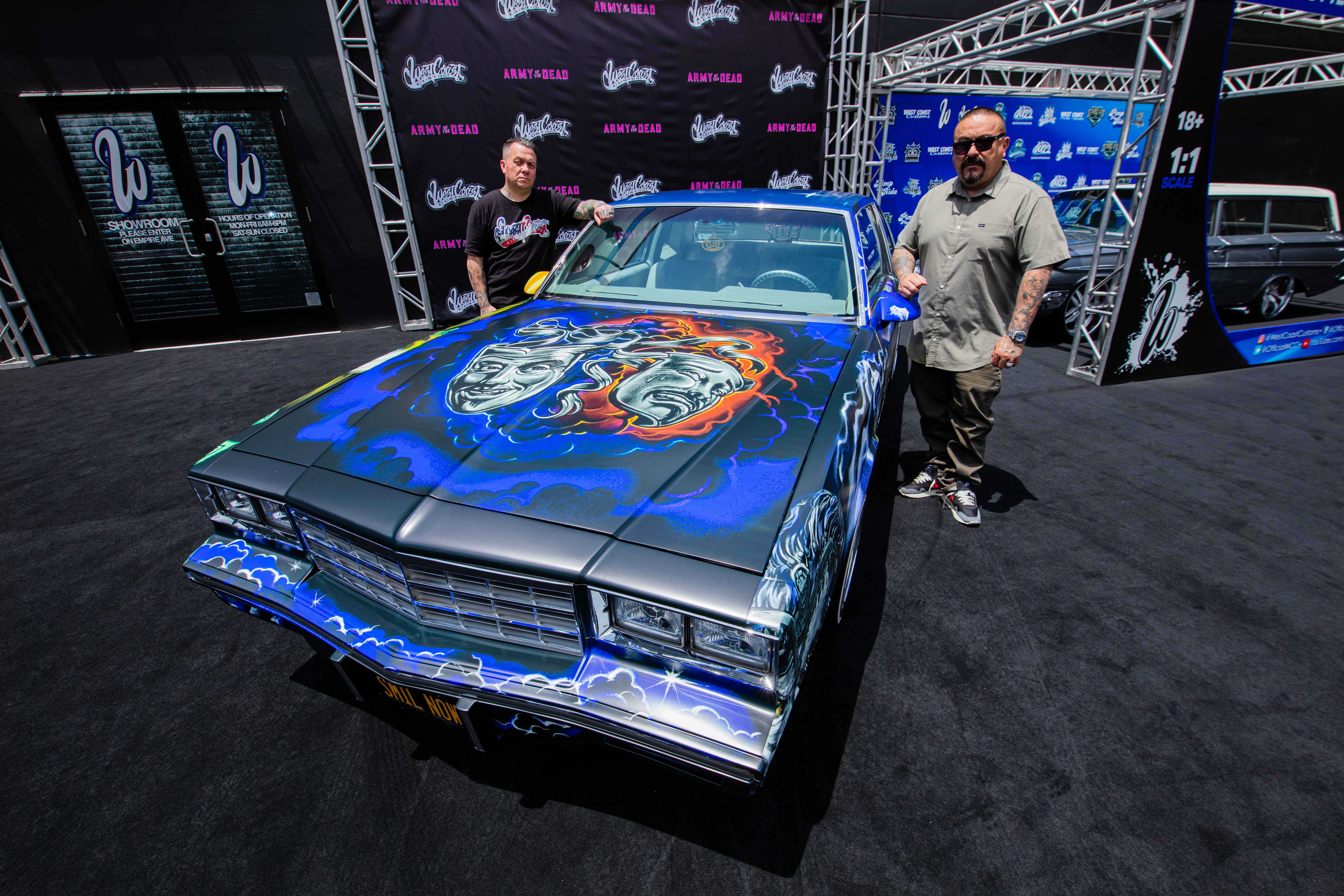 Directed by Zack Snyder, Netflix’s Army Of The Dead is a glorious combination of genres and styles, combining zombie horror, heist, and salvage stories into an action-packed whole. Inspired by the Las Vegas-set film, and the references to lowrider culture sprinkled in throughout, Netflix has partnered with legendary designer Mister Cartoon and famed car customizer West Coast Customs to create a custom designed lowrider (a 1983 Monte Carlo, to be precise), specialty-wrapped with artwork that captures the film’s essence.

In his design, Mister Cartoon leaned into the classic Laugh Now, Cry Later motif by creating a yin-yang concept for the lowrider: one half of the car depicts the glitz, glamor, and high-rolling nature of Las Vegas, and the other depicts the zombie threat and grisly fate that awaits the film’s ensemble cast (led by Dave Bautista) if their gambit fails.

Check out a gallery of photos of Mister Cartoon, Ryan Friedlinghaus of WCC, and the custom-wrapped car HERE

Logline: Following a zombie outbreak in Las Vegas, a group of mercenaries take the ultimate gamble, venturing into the quarantine zone to pull off the greatest heist ever attempted. Army Of The Dead is now streaming on Netflix.

About Army Of The Dead:

From filmmaker Zack Snyder (300, Zack Snyder’s Justice League), ARMY OF THE DEAD takes place following a zombie outbreak that has left Las Vegas in ruins and walled off from the rest of the world. When Scott Ward (Dave Bautista), a displaced Vegas local, former zombie war hero who’s now flipping burgers on the outskirts of the town he now calls home, is approached by casino boss Bly Tanaka (Hiroyuki Sanada), it’s with the ultimate proposition: Break into the zombie-infested quarantine zone to retrieve $200 million sitting in a vault beneath the strip before the city is nuked by the government in 32 hours.

With a ticking clock, a notoriously impenetrable vault, and a smarter, faster horde of Alpha zombies closing in, only one thing’s for certain in the greatest heist ever attempted: survivors take all. 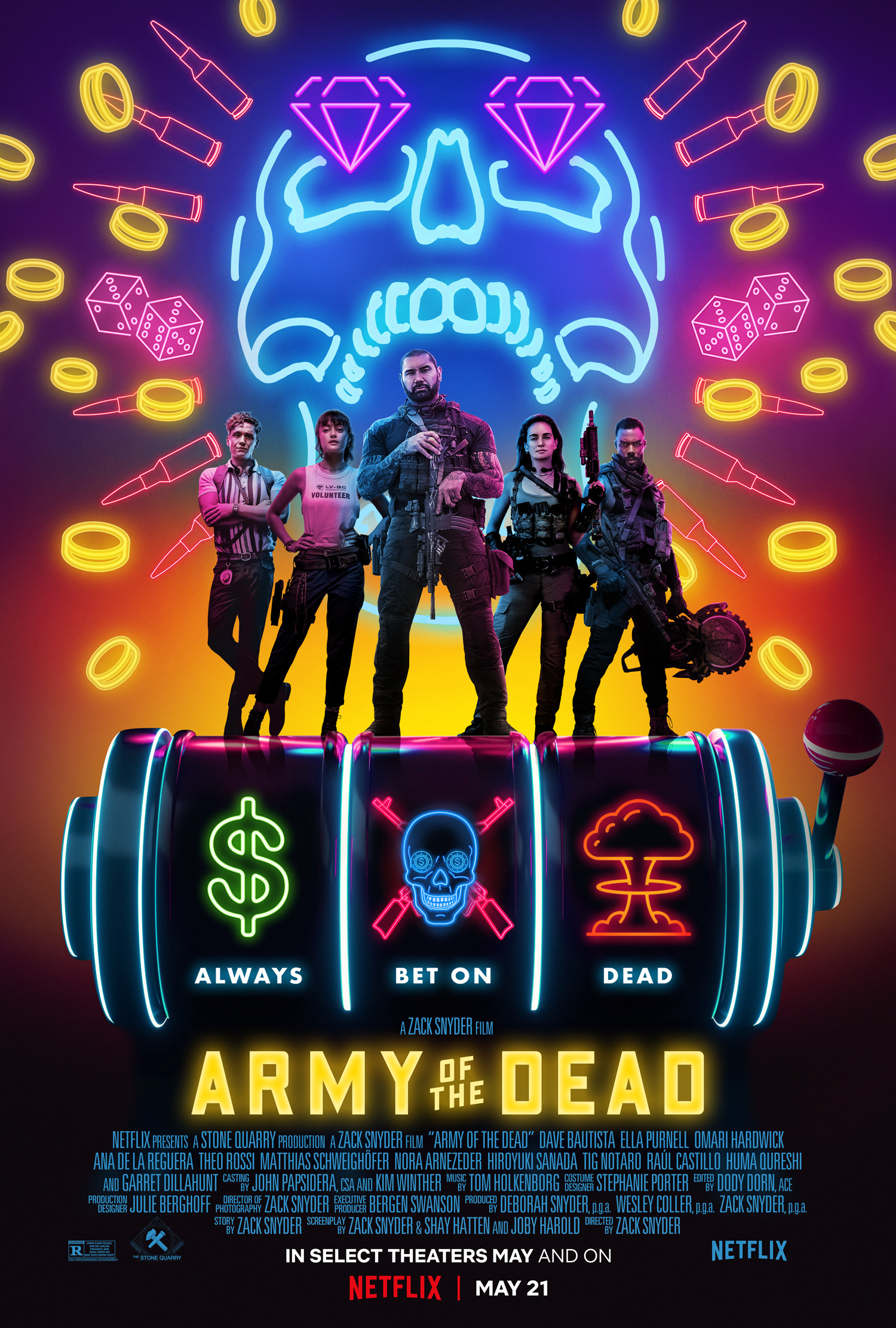